"Cherry Blossoms Among Magnolias?": A History of the Asian American Experience at Duke

Despite Trinity College’s isolated location in the deep American South, international students from Asia were not uncommon. Although the status of “Orientals” within the Jim Crow racial hierarchy was in many instances unclear and differed by jurisdiction,[1] Trinity and Duke never instituted a formalized policy prohibiting students of Asian descent from enrolling, unlike its formal policy preventing black students from enrolling.

Duke’s first recognized international student, Charlie Soong, was also possibly the first student of Asian descent to attend Trinity. Soong, a son of a Cantonese merchant who had run away from his family, ended up in Trinity College under the patronage of Durham industrialist Julian S. Carr. He spent a year at Trinity before transferring to Vanderbilt, a move that some speculate may have been precipitated by Soong’s rumored relationship with one of Carr’s nieces. Later, Soong would go back to China to make his fortune in the printing business and become one of the leading figures in the founding of Republic of China along with Sun Yat Sen. 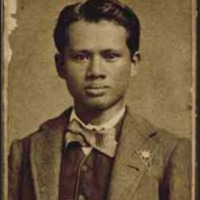 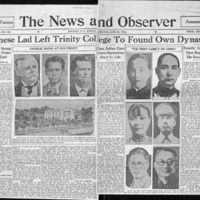 A 1936 article from the Raleigh based News and Observer memorializing Soong's short education at Trinity.[3] 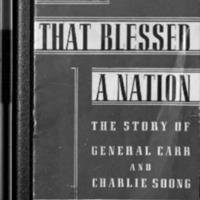 The story of Julian S. Carr's sponsorship of Soong at Trinity was mythologized in this Methodist pamphlet from around 1940.[4] 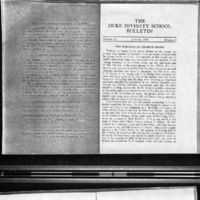 Charlie Soong's love life at Trinity was summarized in this 1942 article from the Duke Divinity School Bulletin.[5]

Reverand Zensuke Hinohara of Japan was the first verifiable student of Asian descent to graduate from Trinity (B.A 1904, M.A 1905). His Asian origins probably were seldom forgotten by his classmates, who nicknamed him "Jap." From Volume 17 of The Trinity Archive.

Isawo Tanaka (Trinity College Class of 1920) was another Asian international who came to Trinity College for religious studies. From the 1920 Chanticleer.

Records from the archives reveal sixteen identifiable international students of Asian descent who attended Trinity for any amount of time between 1881-1924.[6] Usually hailing from Japan, but also coming from places like Korea, Macao, and Qing China, Trinity’s Asian international students typically had some connection to the Methodist Church or Christian missionaries, a link that brought them thousands of miles from their homes to attend a small Methodist college in rural North Carolina.

The archives unfortunately do not leave many personal records of these students, perhaps due to their alien status and the often transitory nature of their education at Trinity. Students like Isawo Tanaka (Trinity College Class of 1920) and Zensuke Hinohara (Trinity College Class of 1902) were some of the few students of color among Trinity’s overwhelmingly Caucasian student body in an era of intense racial segregation.