Outside of Duke, Durhamites were very involved in the Civil Rights Movement. Below are some key events and figures that helped lead the struggle for civil rights.

In August 1957, Reverend Douglas E. Moore of Asbury Temple led a few African American students from North Carolina College (NCC), now called North Carolina Central University (NCCU), into the white section of the Royal Ice Cream Company Store and asked for service. When the group was denied service, they sat peacefully sat until they were arrested for trespassing. This sit-in was one of the first around the nation.

In 1960, a couple of weeks after the sit-ins had begun in Greensboro, Dr. Martin Luther King Jr. delivered his "A Creative Protest" speech at White Rock Baptist Church in Durham. Dr. King traveled to Durham instead of Greensboro to deliver the speech following the invitation of Reverend Moore, a former graduate classmate of King's. In the speech, King urged blacks to be willing "to fill up the jails of the South." Inspired by the speech, the youth of the Civil Rights Movement became determined to follow King's call for direct action.

A sit-in picture from the 1960 Duke Chronicle.

African American sit-ins of white lunch counters became a widely used technique among college students in the 1960s. The infamous sit-in of Woolworth's in Greensboro, North Carolina sparked sit-ins around the South. In Durham, students from NCC staged sit-ins at the local Woolworth's on the block of Corcoran, Parrish and West Main Street. Several white Duke students joined NCC students in the Durham Woolworth's sit-in. Due to their efforts, Durham's lunch counters were integrated by the end of 1960. 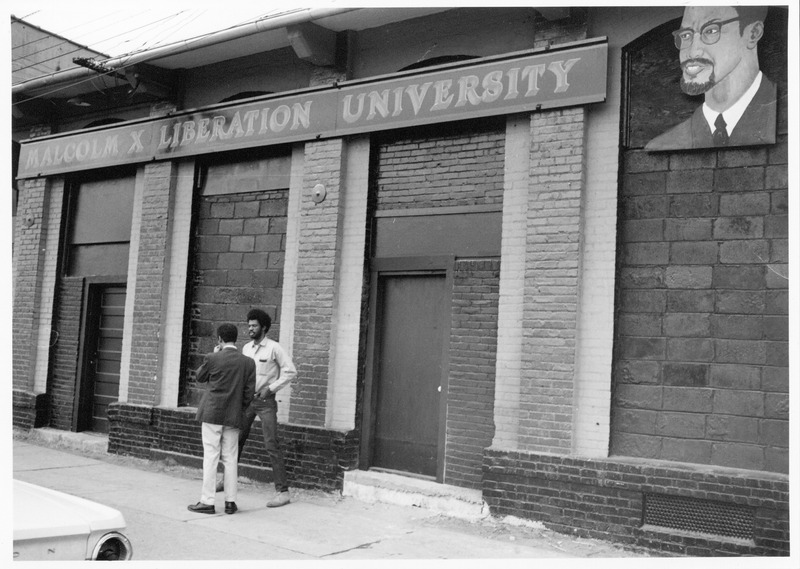 Howard Fuller standing outside of MXLU.

Howard Fuller, a black community activist originally from Wisconsin, moved to Durham in 1965. Fuller joined Operation Breakthrough, a coordinated community organization that trained participants to develop community leaders and activists. He soon became an influential voice for the local black community. Attracted by the revolutionary writings of Malcolm X, Fuller eagerly shared his ideas with black students at Duke who wanted to use more direct approaches to challenge institutional racism. Fuller's allegiance with the black students at Duke was finalized with the creation of the Malcolm X Liberation University in October 1969. 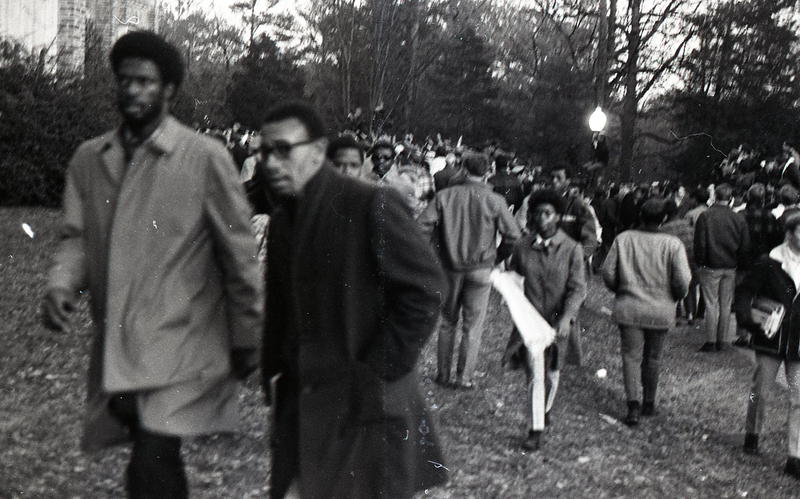 Ben Ruffin, a native of Durham and graduate of North Carolina College, now North Carolina Central University, joined Fuller in working for Operation Breakthrough in 1965. Ruffin was hired by Durham's United Organization for Community Improvement (UOCI) in 1967; his efforts led to better housing, educational, and employment opportunities for the black community.