Jeremiah was a prophet in Jerusalem during and following the last decades of the kingdom of Judah.  Accused of being a traitor for urging the people to submit to Babylon, he prophesied the fall of Jerusalem and witnessed the destruction of the First Temple and the city (586 B.C.E.). 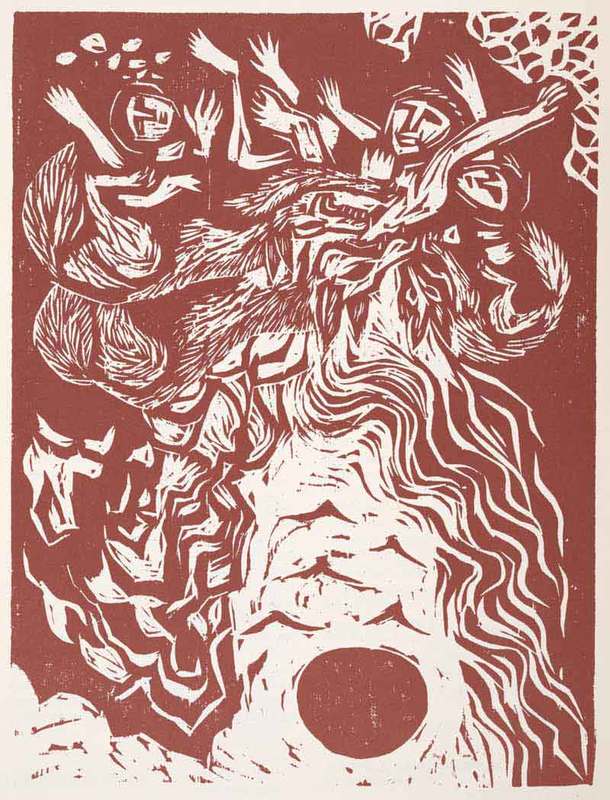 The Book of Jeremiah

The Book of Jeremiah
Woodcuts by Nikos Stavroulakis
Philadelphia: Jewish Publication Society of America, 1973
Image: The destruction of Jerusalem as foreseen by the prophet Jeremiah

Nikos Stavroulakis  1932 -
Painter, illustrator and writer.  Stavroulakis was born in Greece and studied in England and in the United State.  His work covers a wide range of techniques and materials.  Stavroulakis served as the director of the Jewish Museum in Athens and has been leading the effort to rebuild and maintain the Ets Hayim synagogue in Hania, Crete, where the Jewish community had been destroyed during the Holocaust.

← Jonah
From the Writings →
From the Prophets
Jeremiah