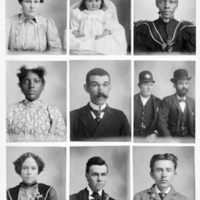 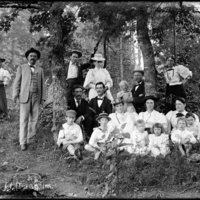 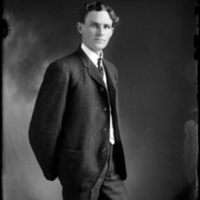 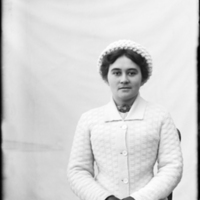 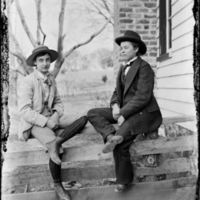 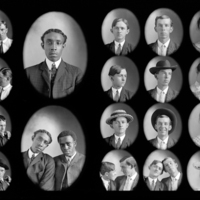 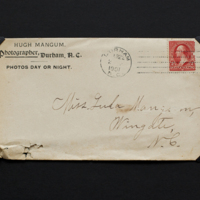 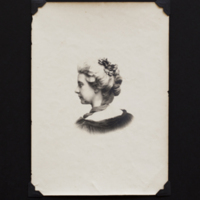 At the time Hugh Mangum was making studio portraits of his fellow Durhamites, the town was known to have an unusually prosperous African American community. W.E.B. Du Bois, in 1912, applauded Durham for its prosperity and referred to the town as a symbol for the progress of African Americans. In part, Du Bois was referencing the North Carolina Mutual Life Insurance Company. Founded in 1898 and carried to success under the leadership of John Merrick (1859–1919), it is now the oldest and largest African American life insurance company in the United States. A freed slave, Merrick was at the center of the black entrepreneurs grounding Durham’s many African American businesses. In 1907 Richard Fitzgerald, the most prominent black businessman in Durham, founded the Mechanics and Farmers Bank, which still operates today. North Carolina Central University was founded by Dr. James E. Shepard in 1910 as the National Religious Training School. Throughout Jim Crow the institution provided professional development for black residents of Durham and beyond.

The black community in Durham was not treated with indifference. The city’s white population tolerated the achievements of the black middle class, but Durham remained largely segregated. White leaders supported black institutions, albeit in a paternalistic fashion, and the incentive was economic. African Americans in Durham were the proprietors of multiple retail shops and a variety of businesses including furniture, cigar and tobacco factories, textile and lumber mills, brickyards, churches, a library, schools and a hospital. In an essay published in The New Negro, a 1925 anthology, E. Franklin Frazier christened Durham the “Capital of the Black Middle Class.” Frazier exclaimed, “But the Negro is at last developing a middle class, and its main center is Durham. As we read the lives of the men in Durham who have established the enterprises there, we find stories paralleling the most amazing accounts of the building of American fortunes.”