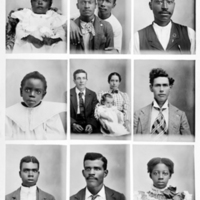 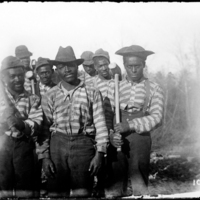 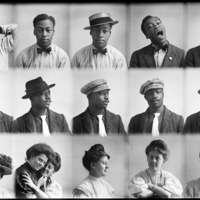 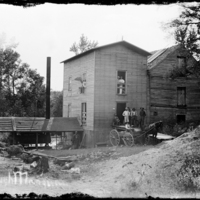 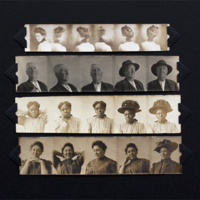 During Mangum’s lifetime (1877-1922) there were an incalculable number of events, ranging from cardinal to quotidian, that reflected the turbulent, unsettled and complex state of race relations in the United States. Following the Civil War, the prejudices held by white supremacists deepened in response to the increasing economic and political accomplishments of African Americans during Reconstruction. Although there are no tidy dates bookending the phases or forms of racial segregation and discrimination in the U.S., the removal of federal troops at the conclusion of Reconstruction in 1877 debatably signals the advent of Jim Crow. Sanctioned by the government and enforced by violence, Jim Crow not only segregated and subordinated, but excluded and at times eliminated, African Americans from mainstream America. Aptly described by Leslie Brown in Upbuilding Black Durham as a “mockery of black hopes,” Jim Crow was legally enforced until the passage of the Voting Rights Act of 1965.

In 1896, when Magnum was nineteen, the Supreme Court’s landmark decision in Plessy vs. Ferguson established the “separate but equal” axiom allowing government approved segregation in public spaces. Segregation statutes were rapidly assigned to almost every aspect of life and by 1900, the disfranchisement of blacks was nearly complete. Yet the power of Jim Crow was not derived solely from its ability to segregate, but from its insistence on exclusion and its assertion of black inferiority in all aspects of life. Nevertheless, within the black community — a parallel existence built on the fortitude of its own values and establishments — resistance to the humiliations of Jim Crow was cultivated. In 1909 the NAACP was founded, and a year later W.E.B. Du Bois founded its official publication, The Crisis. Fearful of the unrelenting tenacity and successes of African Americans, the Ku Klux Klan was revived in Georgia as a patriotic organization. This virulent institution spread across the country and by the 1920s membership equaled more than two million. The “Red Summer,” a series of violent race riots in Northern and Southern U.S. cities, occurred in 1919. In 1921 the Tulsa Riot–largely omitted from history books until 2001–took place in Oklahoma and thirty-five blocks of the black community, known as Black Wall Street, were set on fire and destroyed. Despite these egregious operations, by 1920 the Harlem Renaissance, a movement celebrating black culture, was swinging.