Origin: early 21st century: from anthropo-, on the pattern of Holocene, Pleistocene, etc.

The term Anthropocene has been taken up enthusiastically across a variety of academic and artistic disciplines and by the general public. It has inspired major critical and artistic works as well as international museum exhibitions.

In the geological and Earth sciences, the Anthropocene refers to the time during which humans have altered the functioning of Earth’s atmospheric, terrestrial, and marine systems. In other words, humanity has become a geologic agent, significantly altering planetary conditions and processes.

Artists record the Anthropocene in many ways, including satellite imagery, underwater sculpture, and video simulations that suggest new relationships between humans and their environment.

In the humanities, the Anthropocene brings new insights to questions about environmental ethics and social justice. Does the term Anthropocene imply that we are all equally affected by and responsible for environmental change, when in fact it affects and is caused by some populations more than others? Do we use the term the Anthropocene out of humility and responsibility toward the future of the planet, or as a kind of hubris in which the entire world lives in the Age of the Human?

In the academy at large, the Anthropocene shows how interdisciplinary collaboration is imperative if we are to take on the formidable challenges that face the human species and the planet. 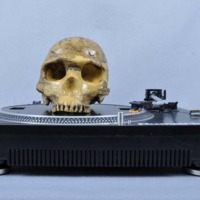 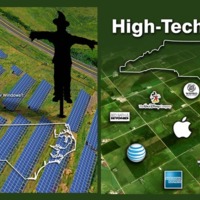 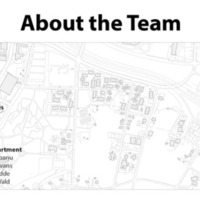 Map of the curators of the exhibit 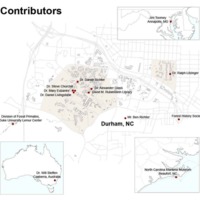 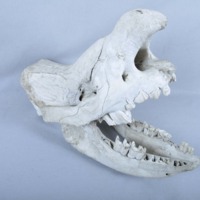