Between the Lines: Comical Interpretations of the Nineteenth Century 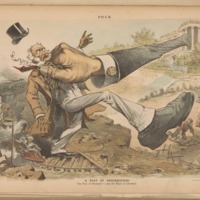 A Stay Of Proceedings. 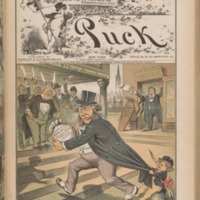 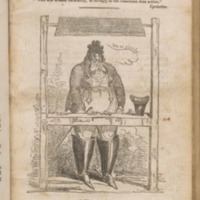 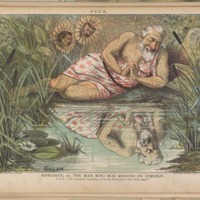 Narcissus; or the Man who was Mashed on Himself. 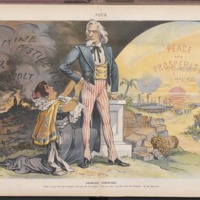 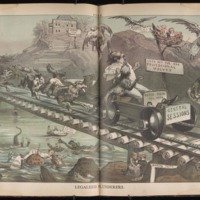 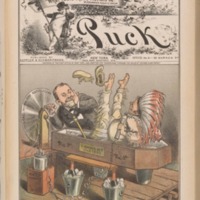 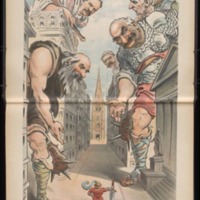 Jack and the Wall Street Giants. 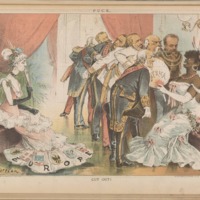 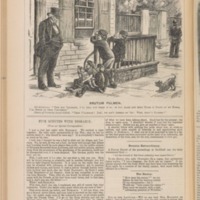 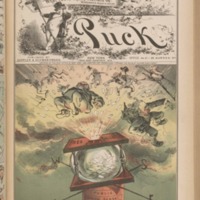 American Invention for Blowing Up Bosses. 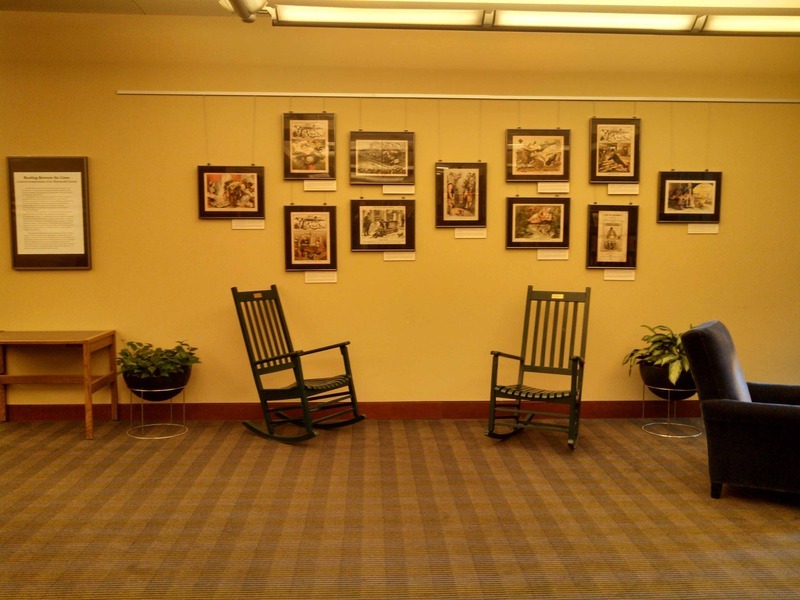 Between the Lines: Final Exhibit

Comical Interpretations of the Nineteenth Century

Periodical publishing flourished in the nineteenth century as new developments in print technology, the rise of mass literacy, and the development of a burgeoning middle class provided newspapers and magazines with a growing audience. This exhibit explores a lesser known product of these developments: cartoon periodicals.

As newspapers and magazines multiplied and expanded their readership, caricaturists and cartoonists began producing weekly periodicals that included literary and visual satires of contemporary social, political and economic events. In France, Le Charivari entertained its readership with lavish, full page lithographs. In Victorian England, Punch published full and partial page woodblock engravings in each of its issues. And in the United States, journals such as Puck and Judge began to rival more established periodicals like Harper’s Weekly with their sumptuous chromolithography.

Some of these works are on display for you here, and have been collected, researched and curated by the students of the Writing 101 class, “Laughing Matters: Interpreting and Contextualizing Modern Caricature.” Our exhibit draws from the rich collections of the Rubenstein Rare Books Room and Perkins Library. Many of our caricatures explore the theme of corruption in Gilded Age America, and Georgian and Victorian England, where an increasingly vocal and agitated public took to the press to voice their concerns. The English caricatures in this exhibit satirize the tensions of class conflict and the monarchy’s comportment, while, on the other side of the Atlantic, Americans decried what they perceived to be conspiratorial collusions on the part of powerful individuals and the government.

Special thanks to J. Andrew Armacost, Head of Collection Development and Curator of Collections, Meg Brown, E. Rhodes and Leona B. Carpenter Foundation Exhibits Coordinator, John J. Taormina, Director of the Visual Media Center and Coordinator of Communications & Publications for the AAHVS department, and Jack Edinger, Imaging Specialist and Web Manager for Art, Art History & Visual Studies, for their invaluable support this semester.

Between the Lines:
Comical Interpretations of the Nineteenth Century