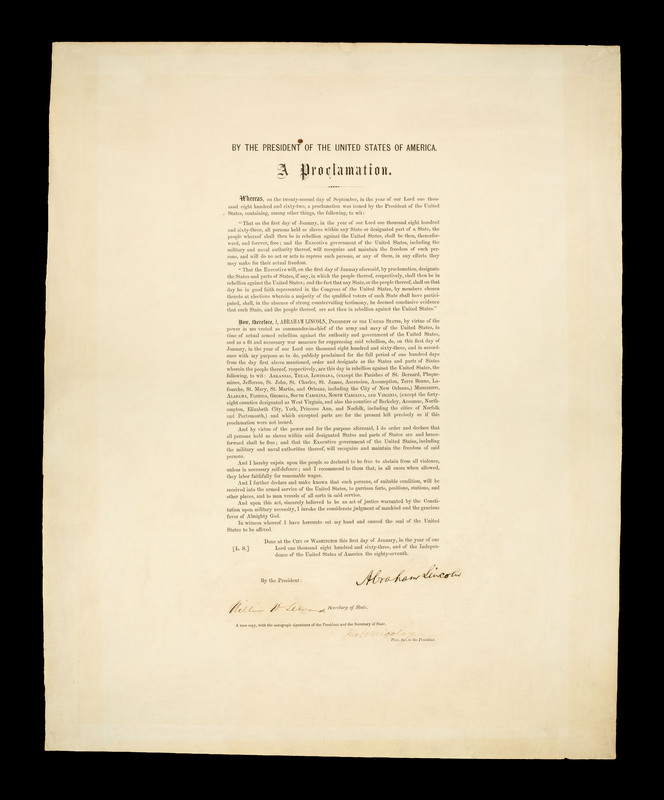 The Emancipation Proclamation was a document of military necessity. President Lincoln issued it as commander in chief and accepted full responsibility for it. He used a Preliminary Emancipation Proclamation on September 22, 1862, to give the Confederate states an ultimatum: end the insurrection or see those they had enslaved permanently freed. The rebelling states were given until January 1, 1863 to decide. The Proclamation did not apply to or address enslavement in the Border States, in the North, or in parts of the Confederacy that had already come under Union control.

Learn more about The Emancipation Proclamation »

The Thirteenth Amendment to the U.S. Constitution (1865) 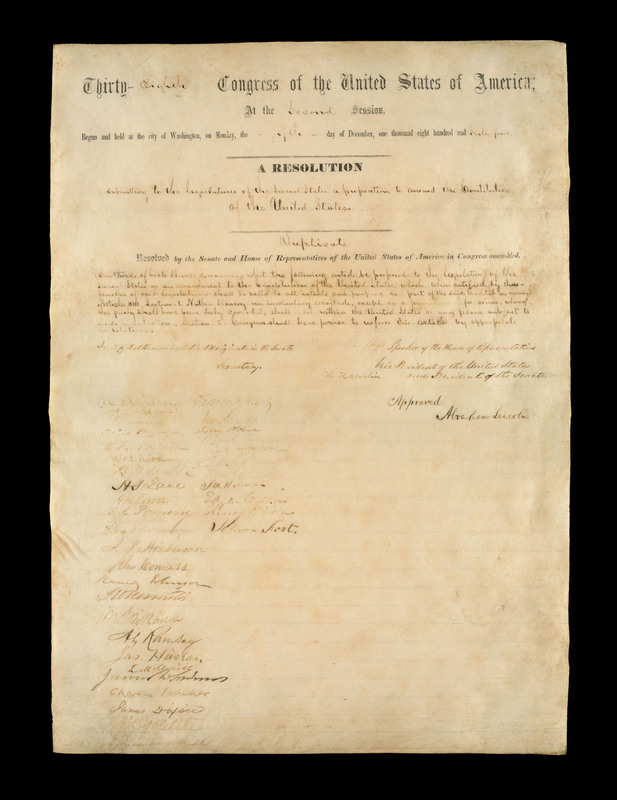 In 1864, as President Lincoln pushed for the states to enact abolition at the state-level, abolitionists and some Republicans called for a constitutional amendment that would end enslavement throughout the nation. A Thirteenth Amendment to that effect passed the Senate on April 8, 1864. A party-line vote in the House fell short of the required two-thirds majority. Lincoln then intervened more directly in the legislative process than ever before to get the Thirteenth Amendment passed.

Learn more about The Thirteenth Amendment »