A collage from Duke Magazine featuring two portraits of Nixon. On the left, Nixon is pictured with his law school class in 1934; on the right, Nixon resigned from office in 1974.

As an international student from China fascinated by “American politics”, Richard Nixon has been a subject of much interest to me. Praised for opening trade and initiating foreign relations with People’s Republic of China, Nixon has had an impressive track record; yet forever condemned for his otherwise “questionable” character and behavior, Nixon is going down in history as the president who resigned in fear of impeachment.

Finding out that I have unknowingly spent a considerable amount of time in the old house that Nixon lived in for five doubles a month as a scholarship recipient was mind-blowing, but humbling nonetheless. On the campus of Nixon’s dear Alma mater, no evidence that he ever set foot here is made readily available: no plaque dedicated to our very own alumnus in highest office, no statue of the president and his ever-lasting glory, not even a brick honoring the law school graduate who objectively went on and had a prolific, though troubled, career. 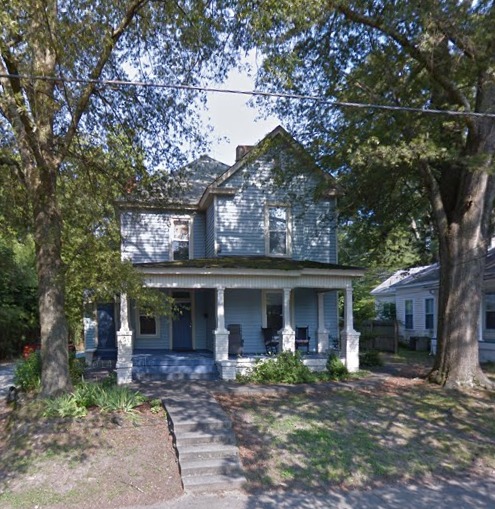 The rental house that Nixon stayed in during law school as a scholarship recipient is still standing, only two blocks away from Duke University East Campus.

Terry Sanford, on the other hand, has a narrative almost as a parallel to that of Nixon, short of the impeachment part, of course. Having served as the Democratic governor of North Carolina and an unsuccessful but still honorable run for the presidency, Sanford stepped in after ex-president Knight was hospitalized due to “campus unrest”. Being the charismatic, smooth, and strategic politician he is, it seems that Sanford quickly won the hearts of many at Duke University.

During his time, Sanford has made major contributions financially, academically, and politically. Many would probably attribute the great feat of transforming Duke from a regional Southern school to a prestigious national university to him.

Ever since hearing about the Nixon-Duke Library Proposal, I have been immensely interested. It is the perfect historical event for me to delve into to shed lights on the men, their careers, and the intersection between national legends and a community that I belong to. Many complex and stimulating conflicts and power dynamics are at play in this historical event. There is also an astonishing amount of questions that concerns the proposal.

What is the value of an archive? What does it mean to memorialize someone and what contributes to historical significance? What are the humanistic weaknesses to an archive?

How does decision-making models work in a university setting? Who has the most say when making decisions concerning both finances and scholarship? How is administrative power constructed on college campus? What does opposition mean and how much campus response is sufficient?

Can a scholarship institution be immune to political influence? What is the visibility of politics and political sway at a university? How are personal legacies and university-wide legacies constructed and maintained?