← Back to Women in Labor Movements 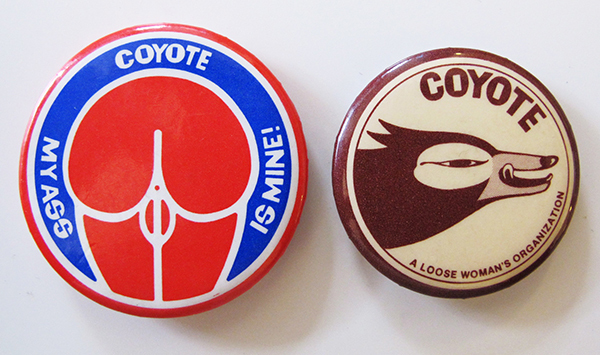 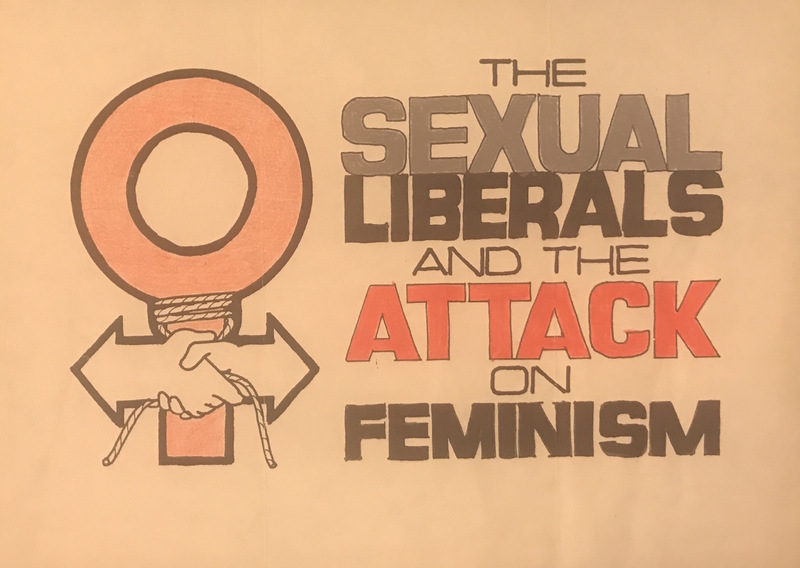 Proposal for the Funding of: The Sexual Liberals and the Attack on Feminism, Dorothy Teer Papers Box 34, W.A.P. Conference, 1987 April 4

During the feminist sex wars of the 1970s, feminists were deeply divided on the topic of sexuality, especially on pornography, sex work and sadomasochism. Sex-positive feminists, who put more emphasis on women’s choices, responded to the massive anti-pornography movement led by the Women Against Pornography (WAP) that saw pornography as eroticizing violence. The prostitutes’ rights organization COYOTE, or “Call Off Your Old Tired Ethics”, was founded in 1973 by Margo St. James, a former prostitute, in the midst of such heated societal debate.

St. James was concerned with the exclusion of the voices of prostitutes themselves in prostitution debate. Coyote is also an animal persecuted and forced into periodic migration, and St. James saw the parallel between its marginalization and that of her own community.1 Organizations affiliated to COYOTE spanned all over the country: in Atlanta (HIRE – Hooking is Real Employment), New York (PONY – Prostitutes of New York), Maryland (HUM – Hookers’ Union of Maryland), Massachusetts (PUMA – Prostitute Union of Massachusetts Association), Hawaii (DOLPHIN – Dump Obsolete Laws: Prove Hypocrisy isn’t Necessary), Detroit (CUPIDS), Michigan (PEP), Seattle (ASP – Associated Seattle Prostitutes, SPARROW – Seattle Prostitutes Against Rigid Rules Over Women), Kansas City (KITTY), Los Angeles (CAT – California Advocates for Trollops), San Diego (OCELOT) and New Orleans (PASSION – Professional Association Seeking Sexual Identification Observant of Nature). Some defined themselves as a “union” or “association”, while others did not. The later parent organization National Task Force on Prostitution (NTFP) founded in 1979 formalized the network of these prostitutes’ organizations across the country into a national body of advocacy groups. Some argue that foundation of COYOTE marked the beginning of the modern prostitutes’ rights movement in the U.S., since COYOTE, the NTFP and the later international branch International Committee for Prostitutes’ Rights (ICPR) were arguably the most enduring and successful organizations of their kind in the nation’s history.2 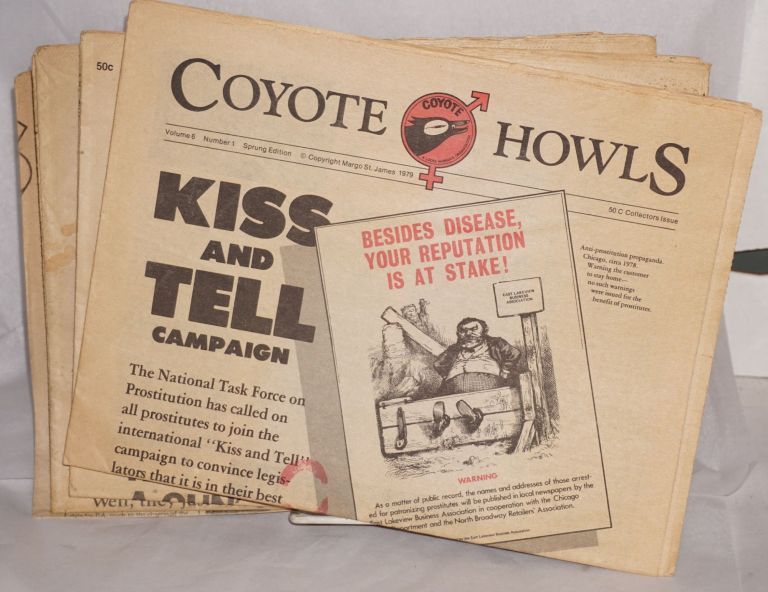 COYOTE advocated for the treatment of sex work as legitimate work, the right for a woman to use her own body, and decriminalization of prostitution. Its publication COYOTE Howls, the “loose women’s publication”, was released every other month at the beginning, although the frequency decreased to around two to four times a year.3 4 5 The newspaper is sent to over 8,000 people as of 1977, and distributed to women's centers, women's bookstores, other relevant organizations throughout the country, and the offices of all of California's state and federal legislators.6

According to St. James, COYOTE Howls contains resources and materials for research comparable to that of a library or foundation at the time, when the availability of information on prostitution was incredibly limited.7 It is dedicated to exposing and eliminating current laws against prostitution, mobilizing members to take action on the decriminalization cause and other causes (such as Wages for Housework), reporting on incidents of sexual harassment, rape and brutality. Other articles in COYOTE touched on news about gender and sexuality issues, the history of prostitution, international developments, sexual health, child welfare and reproductive rights. St. James herself often went to court for some of the cases on which the COYOTE reported, testifying in trials as an expert witness and sometimes helped the District Attorney prepare cases.8

Although it didn’t explicitly identify itself as such, some media commentators referred to COYOTE as a union.9 There is no doubt, however, that the extent to which unionization could happen was limited by the illegality of the profession. St. James argued in the 1970s that “a union for prostitutes is not possible now. One could not even dream of starting a union without opening oneself up to a lot of legal problems”.10 After St. James left in 1986 to lead the ICPR, COYOTE reoriented itself to focus on political campaigning and policy work, before shifting back onto work issues again in the early 1990s with discussions on ground rent fees paid to brothel owners, referral fees and working conditions.11 Regardless of what strict category it fit in, COYOTE was nevertheless an intriguing case of labor organizing by women that offers insight into how women defended their rights in a particularly special workplace setting, one that was inextricably tied to their physical bodies and the biopolitics of the state.