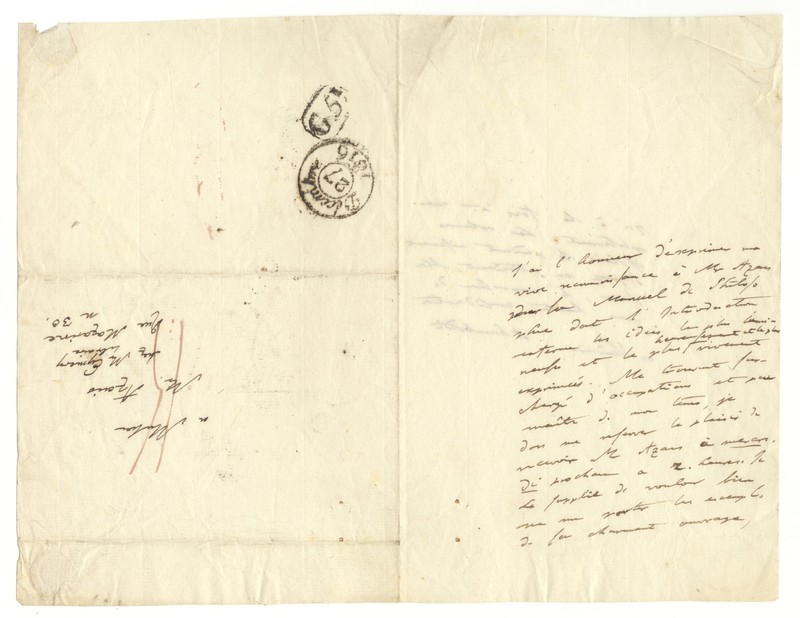 The Rubenstein Library contains many letters written by Alexander von Humboldt that explore his relationships with people across many disciplines, including history, philosophy, politics, librarianship, arts and culture, geography, and the sciences in general. This letter from the Alexander von Humboldt papers is to the French philosopher Pierre Hyacinthe Azais and discusses social matters, philosophy, and the French Revolution. 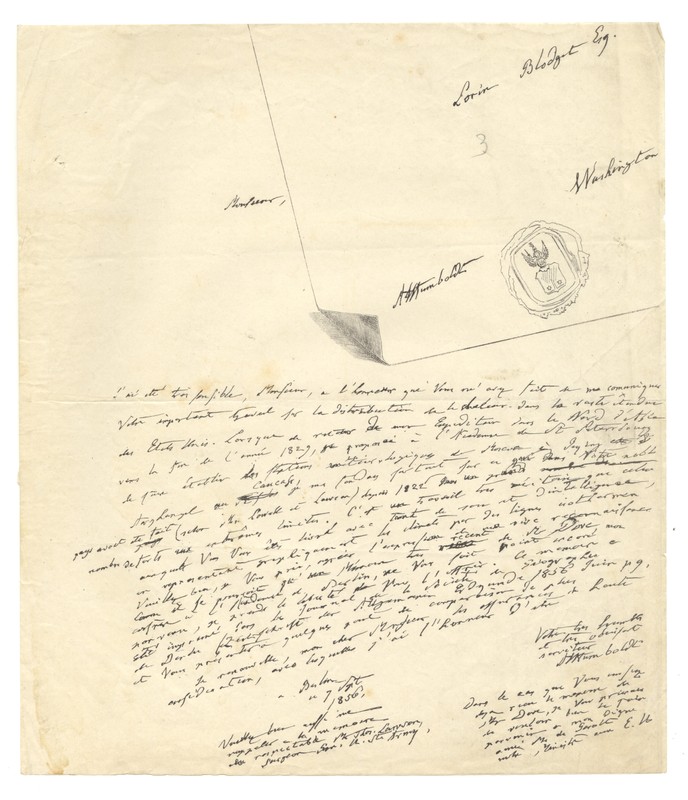 This letter addressed to Lorin Blodget, an American scientist whom Humboldt had publicly commended for his writings on climatology, is actually a facsimile printed for promotional purposes. When Blodget published his own work in 1857 (that included data from Humboldts research), Blodgt included this facsimile to promote his publication. 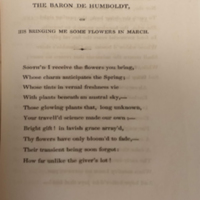 Poems on Various Subjects: with Introductory Remarks on the Present State of Science and Literature in France 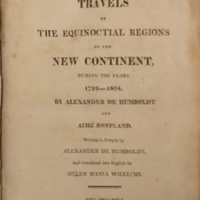 Personal Narrative of Travels to the Equinoctial Regions of the New Continent, During the Years 1799-1804.

Humboldt wrote prolifically, and his work was rapidly translated for an enormous and diverse audience. The poet Helen Maria Williams translated a number of his works into English and wrote poems about her colleague and friend. She shared Humboldt’s spirit of enlightenment and freedom, and she served as a bridge between Humboldtian ideas as well as those of French thinkers and revolutionaries with the English-speaking world. 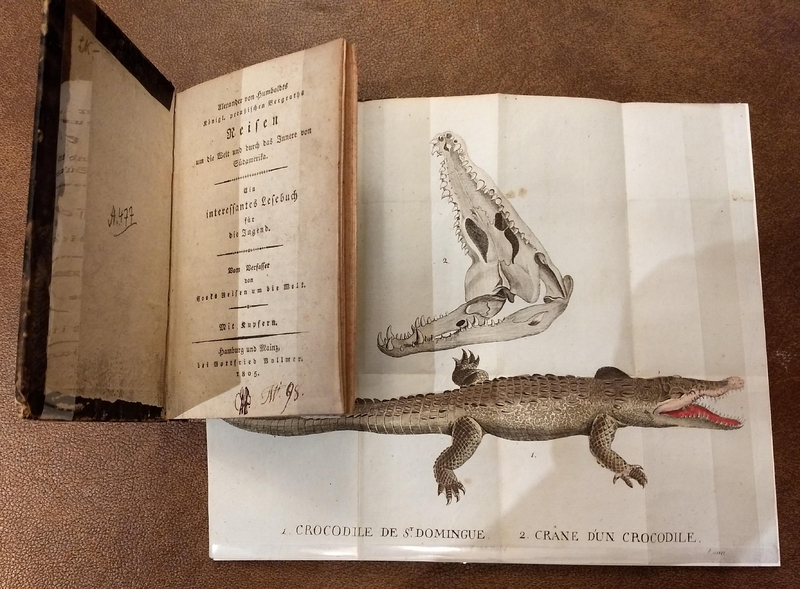 The author of this popular book capitalized on public interest in Humboldt’s voyages by anonymously writing and publishing this work shortly before Humboldt’s return to Europe. Schütz gathered his information from letters that Humboldt had written home to his brother, Wilhelm, as well as others who had agreed to make their letters from Humboldt publicly available. Humboldt himself objected to the volume, noting that its title was inaccurate, since he had not in fact traveled around the world. 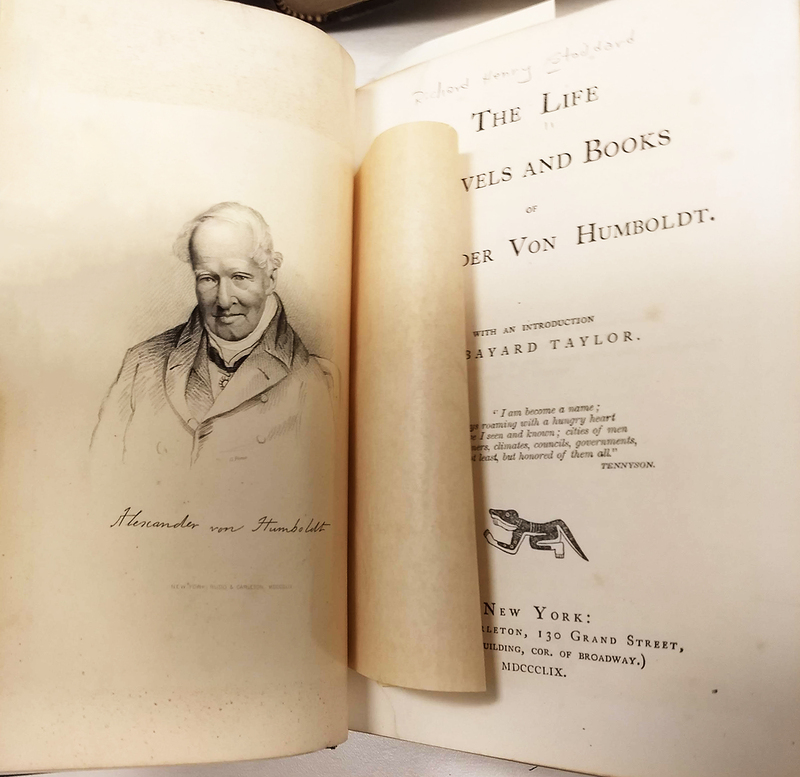 The Life, Travels and Books of Alexander von Humboldt

Humboldt’s science and travels created such sensation that biographies were written about him while he was still alive.

Why the amazing Humboldt has been so thoroughly forgotten is often attributed to the explosion of scientific knowledge that has now clearly made it impossible for one person to comprehend it all. Humboldt has been repeatedly criticized and negated for attempting to become a “Renaissance Man”. One critic quipped that “Humboldt was the last man who knew everything”. The Bass Connections project rejects this view and is rather amazed by a mind who strove to learn as much as possible, to weave together art and science, to communicate his sense of wonder, and to define the Cosmos in which human beings and nature are one.

← Works in the Rubenstein
Photos of Exhibit →
Influence