Works in the Rubenstein 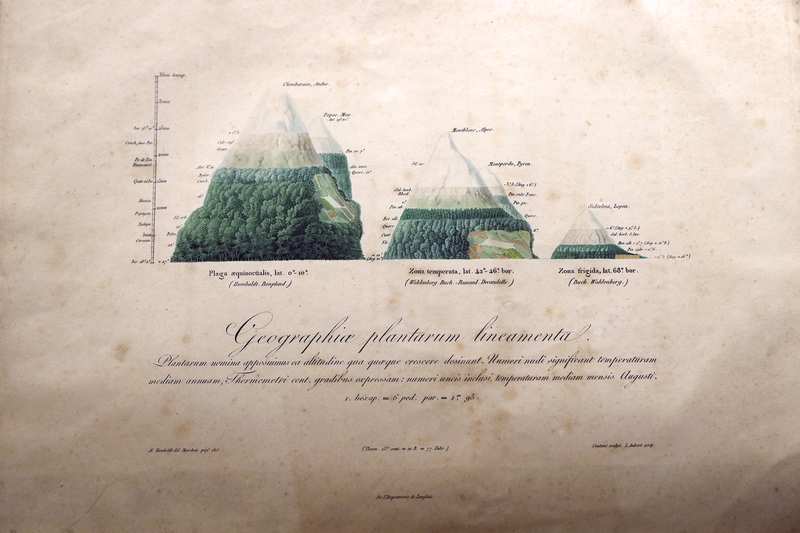 Humboldt was well known for his descriptions and illustrations of plant distributions on mountains. In this image, he and his botanical colleagues Bonpland and Kunth compare the effects of latitude and altitude on plant distribution on (left to right) Mount Chimborazo in Ecuador, Mont Blanc in the Alps, and Sulitjelma in Norway. Humboldt is a direct progenitor of the venerable field of ecology, a word coined by his disciple Ernst Haeckel. 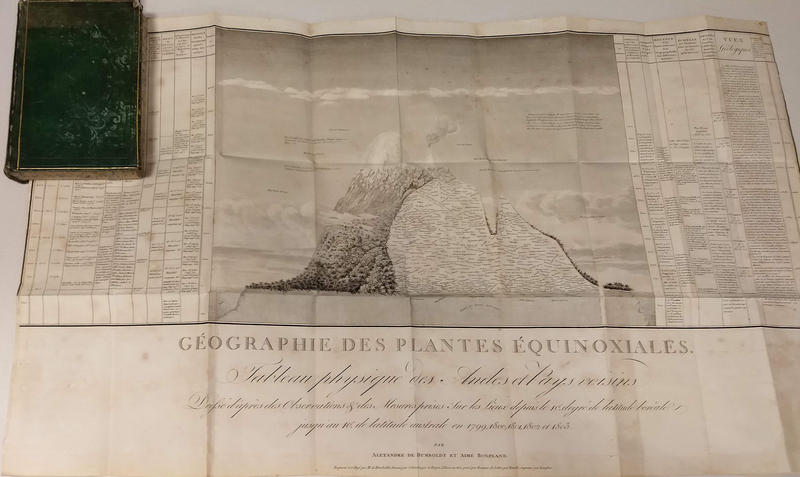 Here Humboldt combines tabular and illustrative data of plants and the environment on Ecuador’s tallest peak, Chimborazo (6,200 meters). Humboldt was a master at science communication, experimenting with the power of art to communicate scientific understanding. He and his companions Aime Bonpland and Carlos Montufar climbed within a few hundred meters of the summit of Chimborazo, which at the time was believed to be the world’s tallest mountain. They risked death at many times during their travels. 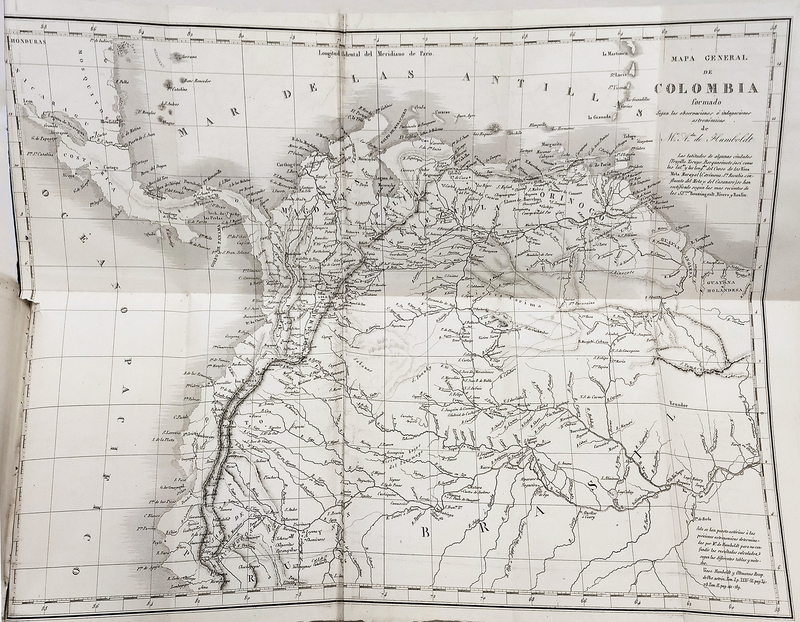 Shown here is Humboldt’s map of South America, which includes the landscapes of many of his travels—the Orinoco River, the Andes Mountains (including Chimborazo), and the large Llanos savanna in northwestern South America. During these travels, Humboldt and Bonpland collected over 6,000 plant specimens, announced to the world the existence of a the Casiquiare River that connected the Orinoco and Amazon basins, and advanced his scholarship that began to tie the natural and human world. Simon Bolivar, a friend and colleague of Humboldt’s, called him “the true discoverer of South America.” 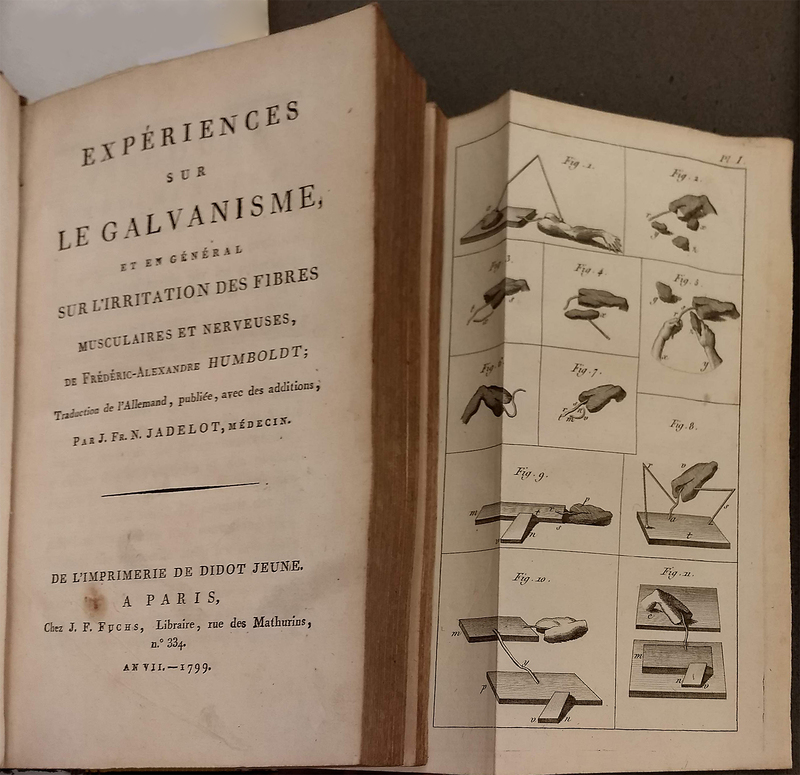 Humboldt had a keen interest in galvanism and animal electricity, and he hoped to better understand the nature of “nerve-force.” He conducted thousands of galvanic experiments on animals and on himself, some of which caused him great pain. In South America, Humboldt and Bonpland experimented with electric eels. 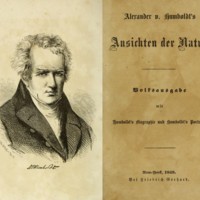 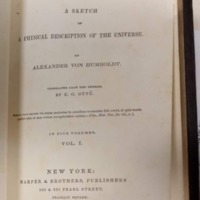 Cosmos: a Sketch of a Physical Description of the Universe

Among the many books Humboldt authored, the two most popular in his lifetime were the relatively short Ansichten der Nature (Views of Nature) and the massive Cosmos. Both books impressed scientists, artists, students, and the public at large in a Humboldtian approach to the natural and cultural worlds that reconciled scientific measurement and artistic expression. Prof. Laura Walls calls the Ansichten “the Pocket Cosmos.”

← Introduction
Influence →
Works in the Rubenstein