Good Vibrations: The History of Electrotherapy 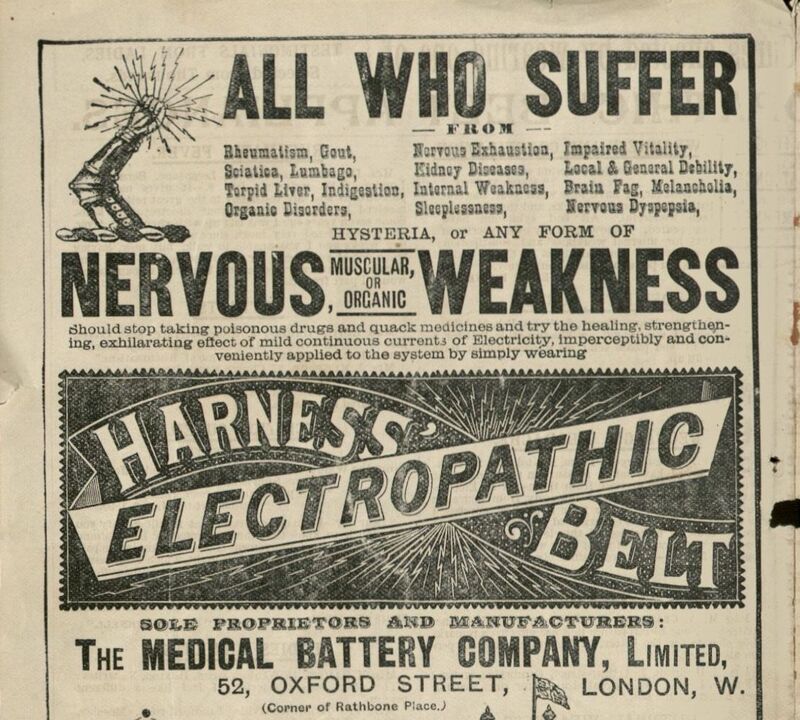 “Good Vibrations” explores the shocking history of electrotherapy, the use and consumerism of the medical battery, electric belts and rejuvenators and how these simple products brought electric medicine into the average home.

Though widely regarded as a modern innovation, the use of electricity in medicine dates back to ancient Rome, Egypt, Mesopotamia and Greece. Centuries before the start of the common era, these civilizations attempted to harness electricity from eels and catfish to cure ailments such as gout and baldness.

The era from 1850s to the early 20th century witnessed once- unimaginable discoveries in battery power and electricity that would revolutionize the world. Many began to believe they could harness this new electric power for medical, health and beauty purposes through home equipment and treatment such as medical batteries and electric belts with the ability to send small electrical currents, or shocks, to the body.

Although often viewed as suspicious or quack medicine by many in the medical profession, the excitement of electricity’s potential treatments(from arthritis, sciatica and gout to impotency, glaucoma and “nervousness”), low cost and catalog sales helped these devices reach a new audience eager to consume all things electric!

Good Vibrations: The History of Electrotherapy