Before a sculpture can be built, a building dedicated, or gravestone engraved, someone must determine how to translate a person or an event into a memorial. Are the most powerful memorials extravagant, like a massive statue, or understated,like a cross on the side of a road? How is a life or a moment in time that changed history best represented by a memorial?

Oftentimes, creating a memorial can be a sensitive subject — so who is obligated to take on that responsibility? When the memorial is for an individual, is it family and friends? When it is for an event, is it those who were involved, prominent members of society, or an entire community? And who is commissioned to design and build the final product? What process must occur to commemorate something or someone in a suitable, effective, and respectful way? 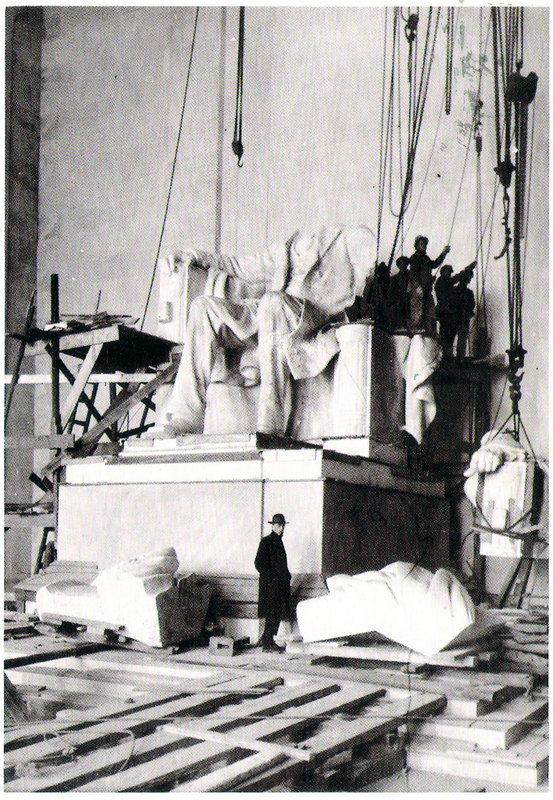 The Lincoln Memorial was commissioned by the federal government to commemorate our nation's sixteenth President. It took 10 years to build. Designed by Henry Bacon in the Greek Revival style, the monument includes one Doric column for each of the 36 states within the Union at the time of Lincoln's death. Notably, there is speculation that Lincoln was purposely represented sitting down to look submissive, appeasing senators from former Confederate states. There are even rumors that the face of General Robert E. Lee was carved onto the back of Lincoln's head by sculptor Daniel Chester French.

← The Event
The Result →
The Process