Origins of Movement and Eurocentrism

By the mid-twentieth century, it was no longer possible for large corporations to ignore the viability of the black consumer market, as their considerable purchasing power now represented a “weapon” that could be utilized in the fight for civil rights. [1] 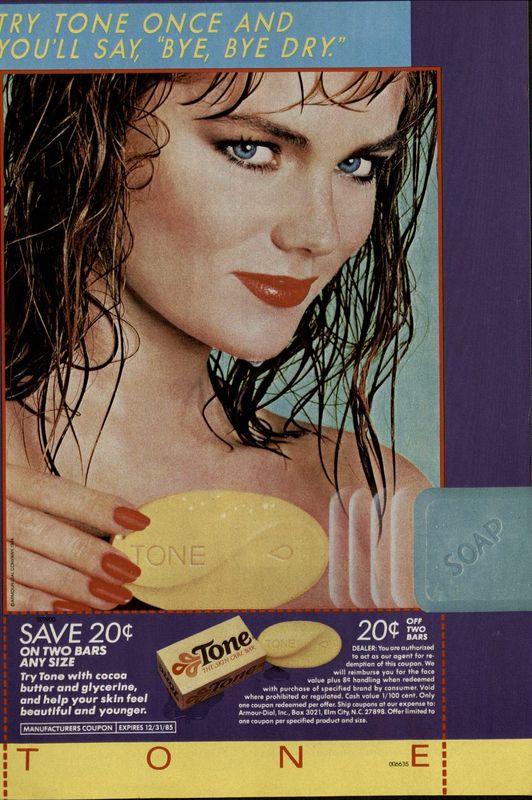 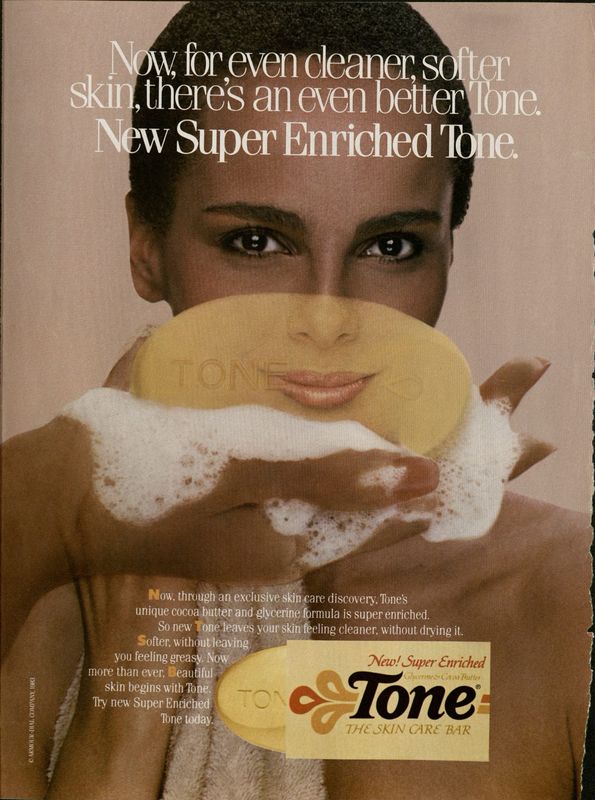 The mid-1900s saw improvements in economic conditions for black consumers, particularly in the midst of the Great Migration. This movement involved the relocation of millions of African Americans from Southern states to the urban Northeast, Midwest, and West and increased job opportunities, education standards, and social/political awareness of the African American population [1]. It was no longer possible for large corporations to ignore the viability of the black consumer market, as their considerable purchasing power now represented a “weapon” that could be utilized in the fight for civil rights in instances such as mass boycotts.

Whereas advertising that involved African American groups had previously been shaped by practices of segregation and negative stereotypes, marketers had to find ways to genuinely and effectively appeal to their new target group. White and black markets were often treated as two distinct entities, with black-targeted advertisements featuring most popularly in magazines such as Ebony and Essence while predominantly white models smiled from the pages of more general publications such as People and Vogue. The two advertisements included on the left feature models that look very similar in terms of facial structure. Indeed, the models only differ in skin tone, thus the first appeared in general American women's magazine McCall's whereas the second likely appeared in a specifically black-oriented publication such as Essence.

By the 1950s, the content of many black publications was comprised up to 60% of advertising (Leslie). This granted advertisers the unique ability to define the images of themselves that African American individuals would be exposed to. Black models were most often featured in advertisements for hair straightening tools and skin bleaching creams that would enable consumers to better conform to the Eurocentric beauty standards that dominated American society at the time. According to University of Florida associate professor Michael Leslie, “blacks with thick lips, broad noses, dark skin, and other typically African or Negroid facial features were routinely ridiculed and their image excluded from advertising pages” [2]. 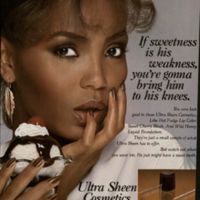 "If sweetness is his weakness, you're gonna bring him to his knees." 1983. 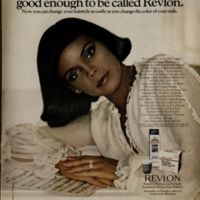 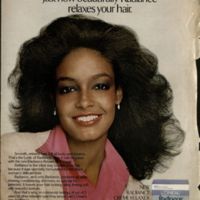 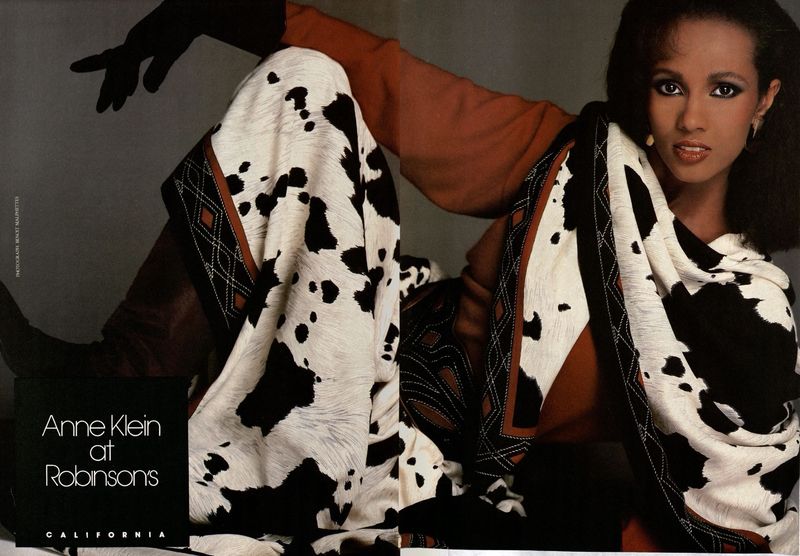 ← Welcome
"Black is Beautiful" →
Origins of Movement and Eurocentrism