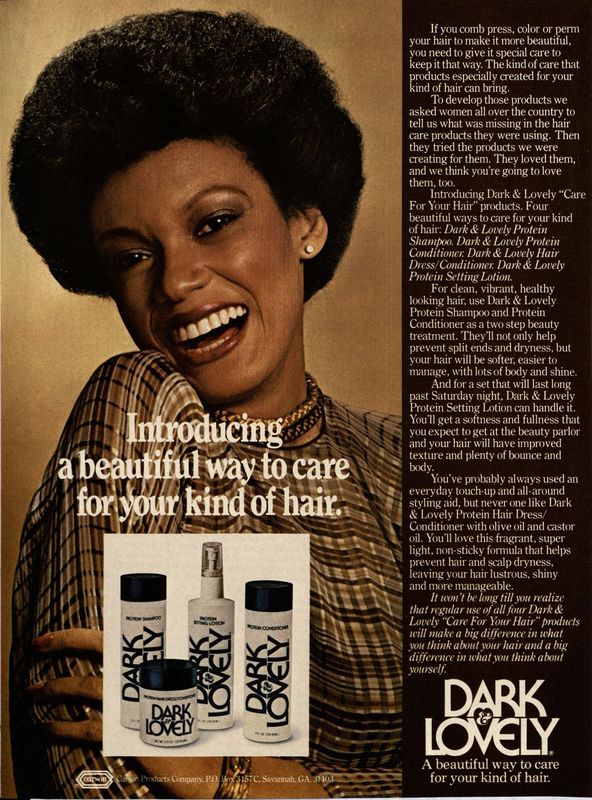 "Introducing a beautiful way to care for your kind of hair." Essence, March.

The Afro in particular emerged as a symbol of black pride. In the 1950s and early 1960s, nearly all black women straightened their hair as a principle of “good grooming” [1]. Afros and natural, kinky or curly hair were largely rejected and the few individuals who chose to wear their hair in this way usually faced opposition from their friends and family. However, by the mid to late 1960s, in the midst of the Black Power movement, the Afro became a popular symbol for racial pride and activism, as well as an important part of the “Black is Beautiful” rhetoric. A 1969 Newsweek poll revealed that 70% of northern African Americans under the age of thirty approved of the natural style and even 40% of all southern African Americans [1]. The advertising industry picked up on the trend and, while it tended to downplay or ignore the political meanings often associated with wearing an Afro, advertisements for Afro products began to appear in 1969 and typically involved ideas of African American pride and black beauty. The Johnson Products Company was a top seller of African American hair styling products, launching an Afro Sheen line of conditioners, shampoos, and sprays to run alongside the existing Ultra Sheen line of straightening products [1]. 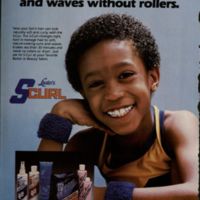 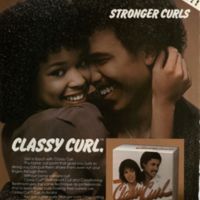 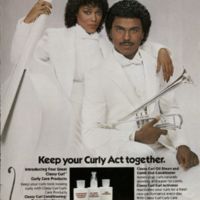 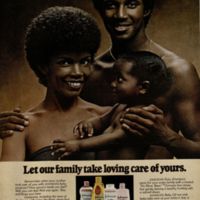 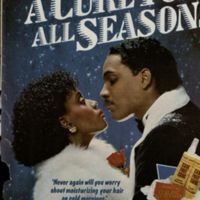 "Care free curl presents a curl for all seasons."

← "Black is Beautiful"
Pride in African Culture →
The Afro