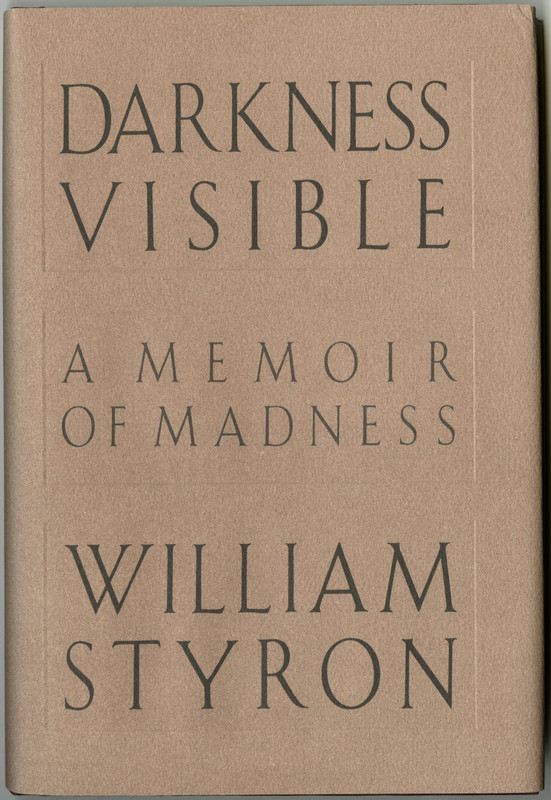 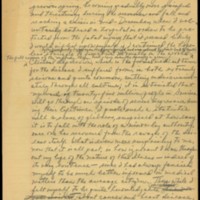 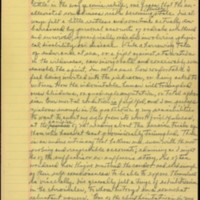 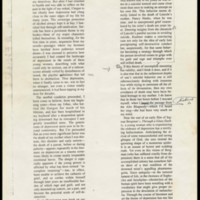 "From the Abyss: Reflections on my Mind's Disorder." Page 13. 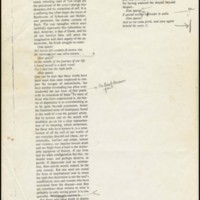 "From the Abyss: Reflections on my Mind's Disorder" Page 14. 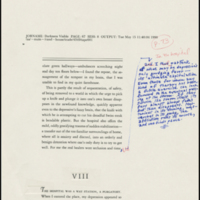 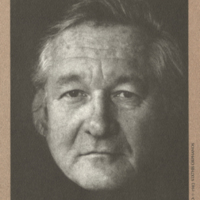 Author photo of William Styron from Darkness Visible (back cover)

In the years following the depression he suffered in 1985-86, William Styron made several attempts to describe the illness, which he referred to as “false starts.” The archive documents his struggle, including his reluctance to reveal such a personal experience to readers, and the attempt to write the account in multiple genres, including a novel, and an essay in Vanity Fair magazine ("From the Abyss"), which was later expanded to form the narrative in its final book form. 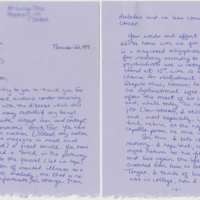 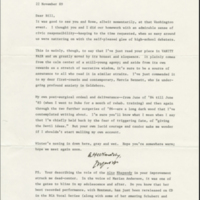 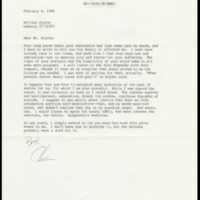 Readers responded to Styron’s open and evocative account of his depression immediately, and in great numbers. Hundreds of letters in the archive, from brief handwritten notes to typed missives many pages long, attest to Styron’s ability to speak to fellow sufferers, as readers wrote to him about their own or family members’ experiences with depression. Reynolds Price, a fellow Duke graduate and writer who knew Styron (and whose papers are also held at Rubenstein Library), wrote to share his own favorite recording of the Brahms Alto Rhapsody--the piece that helped provide the “fulcrum” Styron needed to begin his own healing.

Below, a browseable online version of the sheaf of handwritten narrative fragments in the Styron papers--the "false starts" he attempted in telling his story.