The evolution of Insects 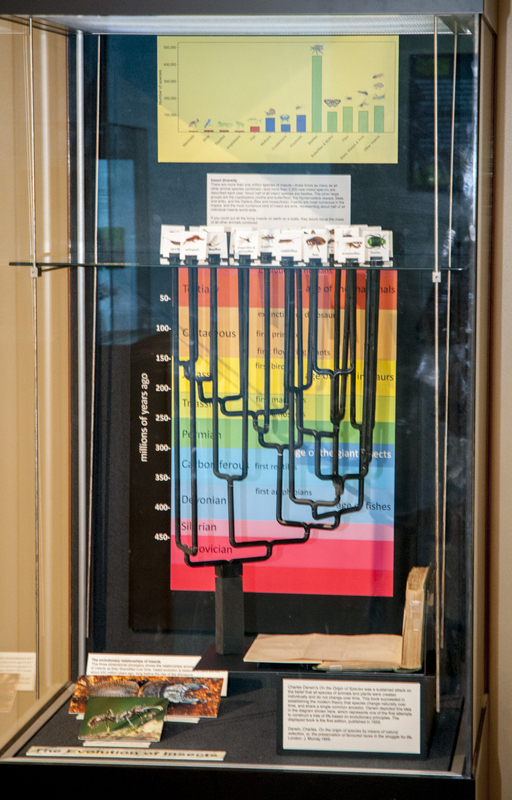 The evolution of Insects case-full view 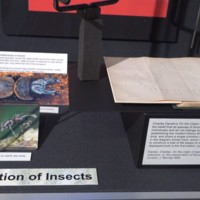 The evolution of Insects case 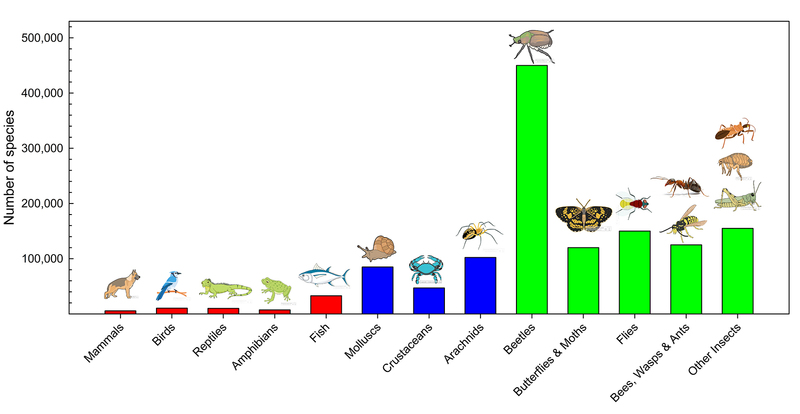 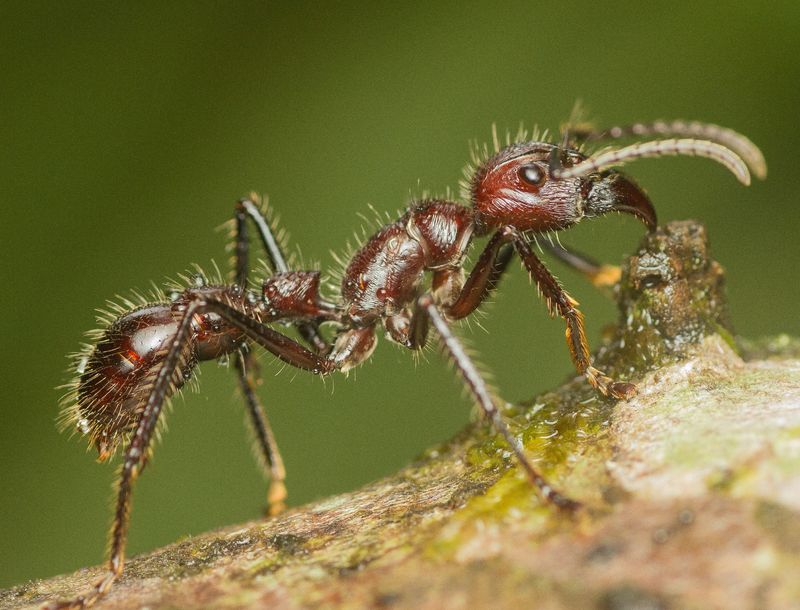 Most animals on earth are ants.

There are more species of beetles than any other group of insects.

Insect diversity
There are more than one million species of insects—three times as many as all other animal species combined—and more than 5,000 new insect species are described each year. About half of all insect species are beetles. The other large groups are the Lepidoptera (moths and butterflies), the Hymenoptera (wasps, bees, and ants), and the Diptera (flies and mosquitoes). Insects are most numerous in the tropics, and the most numerous kind of insect are ants, representing about half of all individual insects world-wide.

If you could put all the living insects on earth on a scale, they would equal the mass of all other animals combined. 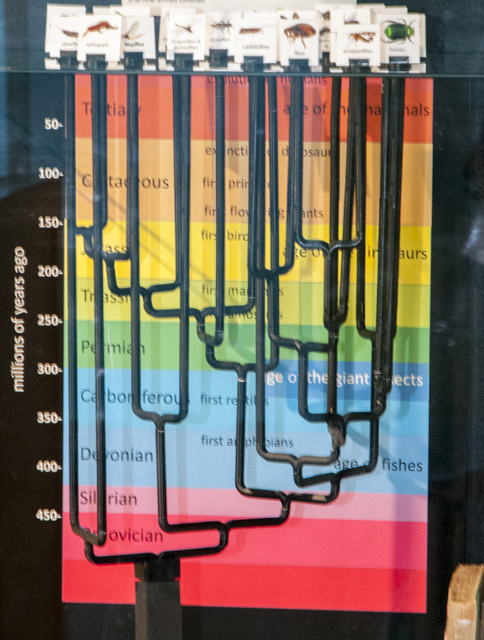 The evolutionary relationships of insects
This three-dimensional phylogeny shows the relationships among the major groups of insects as they diversified over time. Insect evolution is believed to have started about 450 million years ago, long before the rise of the dinosaurs.

The time scale in the background shows major events in animal evolution, where one millimeter in height corresponds to one million years in time. 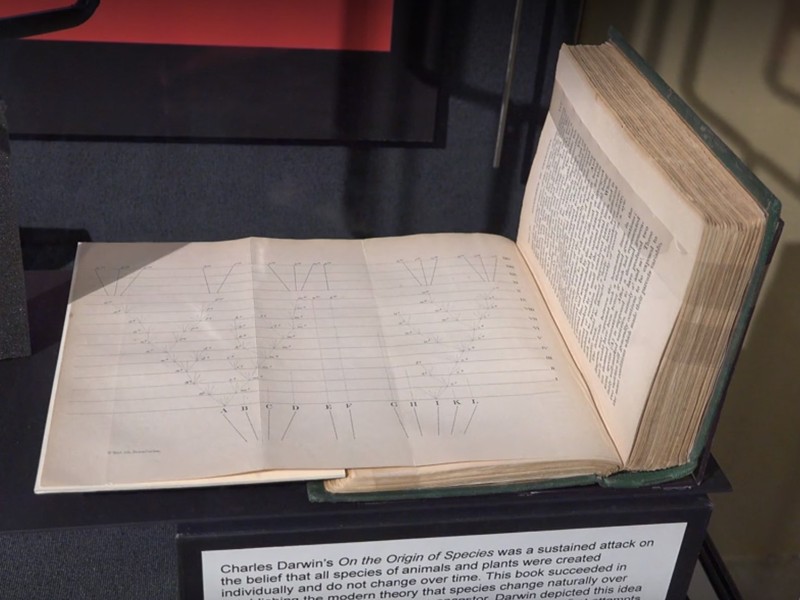 On the origin of species by means of natural selection, or, the preservation of favoured races in the struggle for life

Charles Darwin’s On the Origin of Species was a sustained attack on the belief that all species of animals and plants were created individually and do not change over time. This book succeeded in establishing the modern theory that species change naturally over time, and share a single common ancestor. Darwin depicted this idea in the diagram shown here, which represents one of the first attempts to construct a tree of life based on evolutionary principles. The displayed book is the first edition, published in 1859.