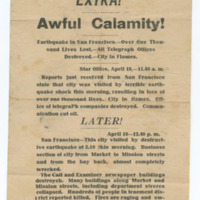 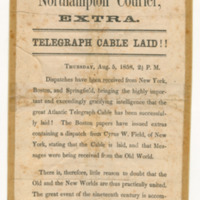 Some were formatted to give readers the feeling of reading about events as they happened. The one above about the San Francisco earthquake presents the news as dispatches. The last lines seem to crowd onto the page as news came in.

War news was often excerpted from letters, and the broadsides might quote them directly to further underscore the authenticity of the news being shared.