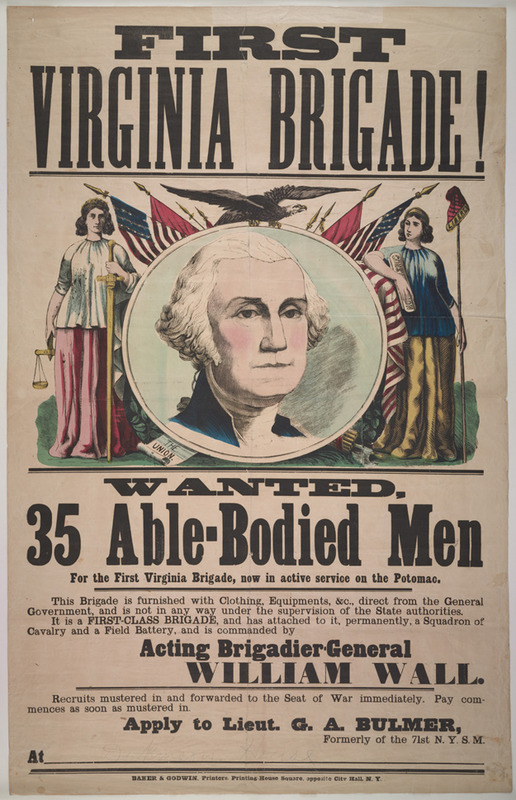 When this broadside was printed (probably in late 1861), President Lincoln was hopeful that General McClellan’s advance from Washington to Richmond would facilitate the recruitment of a new Virginia brigade of Union sympathizers. When McClellan failed to advance, the plans for the First Virginia were abandoned, and the soldiers who had signed on were dispersed to other brigades.