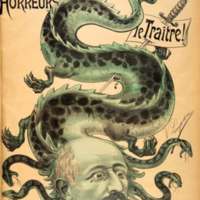 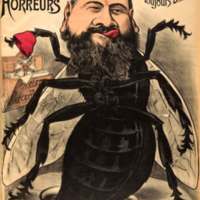 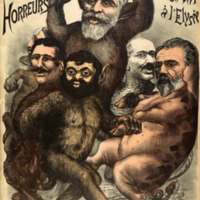 “Un Bal à l’Élysée,” (A Ball at the Élysée Palace) 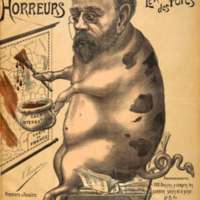 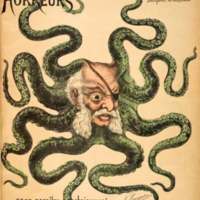 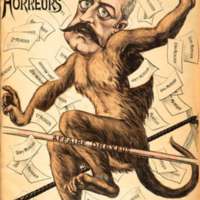 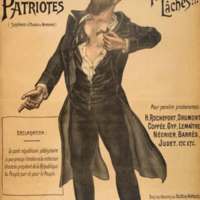 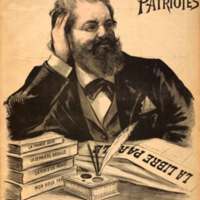 Authored pseudo-anonymously by an anti-Dreyfusard cartoonist going by the name of Victor Lenepveu, this series of posters was disseminated throughout Paris in reaction to the election of a pro-Dreyfusard cabinet whose leaders granted the innocent captain an official pardon in September 1899. They were printed over the course of one year before being banned by the Ministry of the Interior.

An introduction to the dramatis personae of the Dreyfus Affair from an anti-Dreyfusard perspective, these facsimiles of the original colorful posters adopt the attention-grabbing format of theatrical affiches. In the Musée des Horreurs, the figures of Dreyfus’s supporters are distorted and literally dehumanized, cast as animals in a nightmarish menagerie. By contrast, the Musée des Patriotes glorifies those working to undermine Dreyfus. The anti-Semitic journalist Edmond Drumont is cast as a gentleman, while Paul Déroulède, leader of the anti-Semitic Ligue des Patriotes, bears his chest with chivalric heroism.

Despite their ephemeral nature, the series of 52 prints was often preserved by collectors as a set. The Rubenstein Library owns an entire set; the original posters can be viewed in the reading room or online at http://library.duke.edu/digitalcollections/museedeshorreurs/ 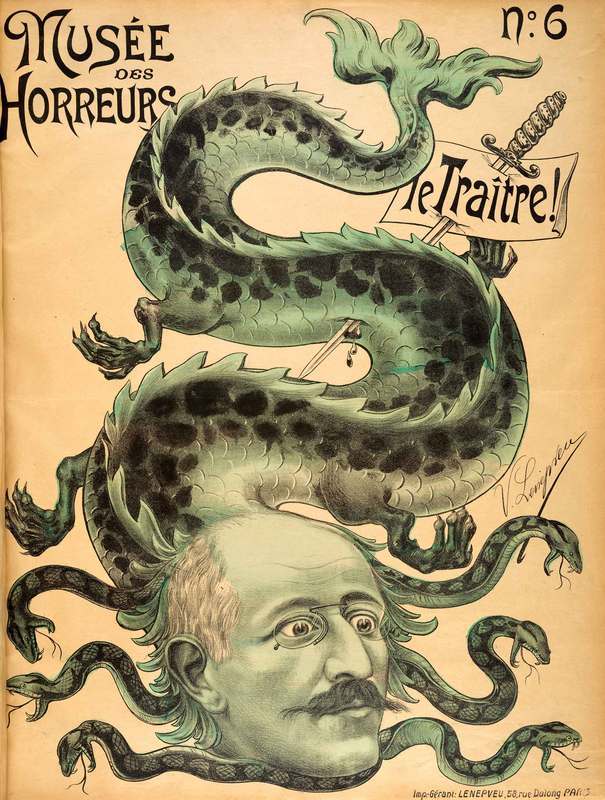 A military sabre pins a notice of guilt into the body of a hydra which has sprouted the head of Captain Alfred Dreyfus. The multi-headed beast, a symbol of indomitable evil, is just one of the many conventions used by Dreyfus’s anti-Semitic opponents to establish his inherent malevolence. 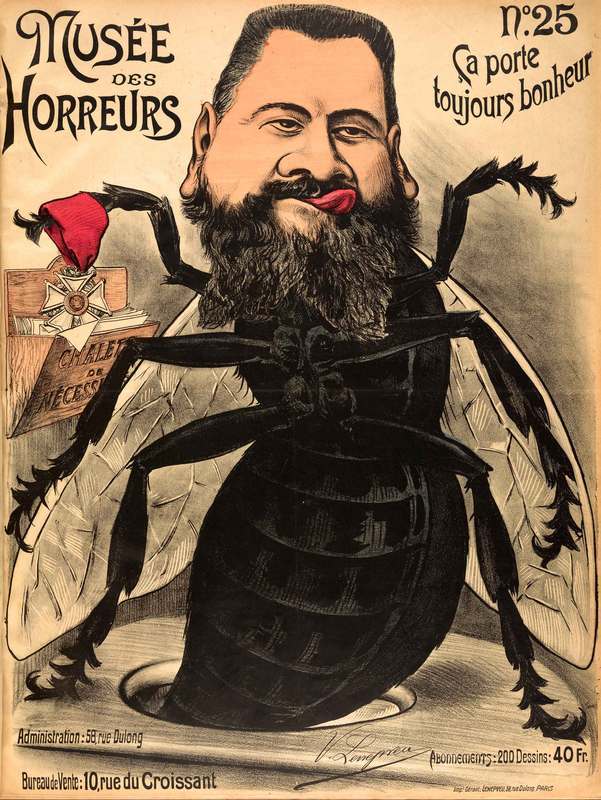 Alphonse Rothschild’s son and recipient of the Legion of Honor for his bravery in battle, Baron Henri de Rothschild is here depicted as a parasitical fly or cockroach emerging from a latrine, a sign of infestation and surely not a sign of luck. 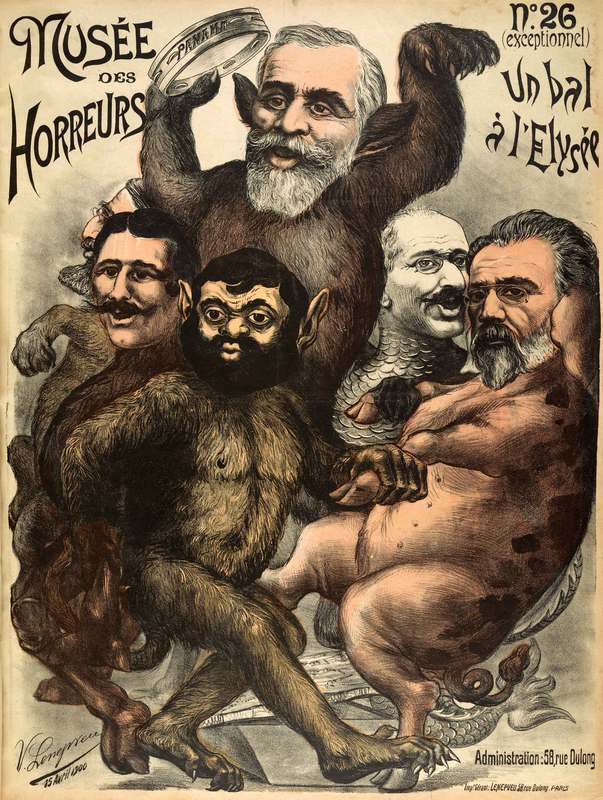 (A Ball at the Élysée Palace) 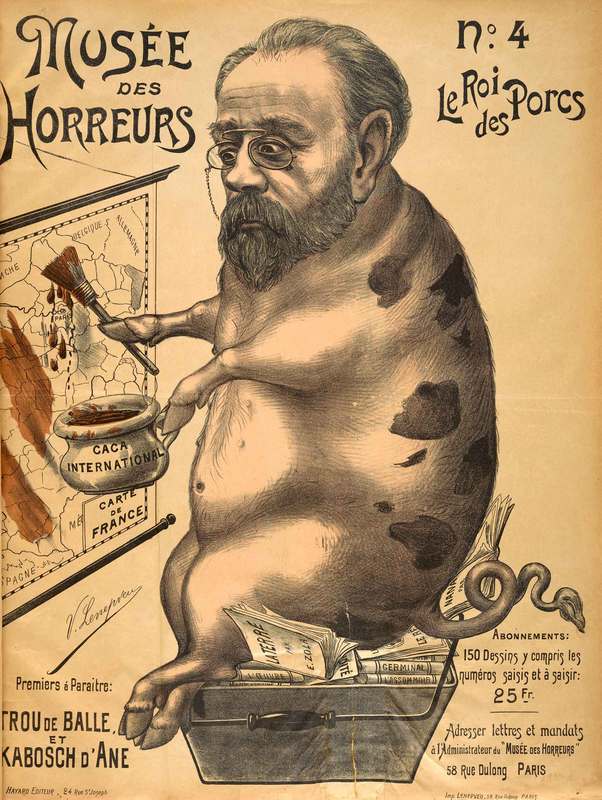 (King of the Pigs)

Dreyfus defender Émile Zola is shown as king of the pigs, a reference to Kosher prohibitions against pork. Lenepveu attempts scatological humor, casting Zola’s “oeuvre” and his defense of Jews as “caca international” (international excrement) sullying the French map. 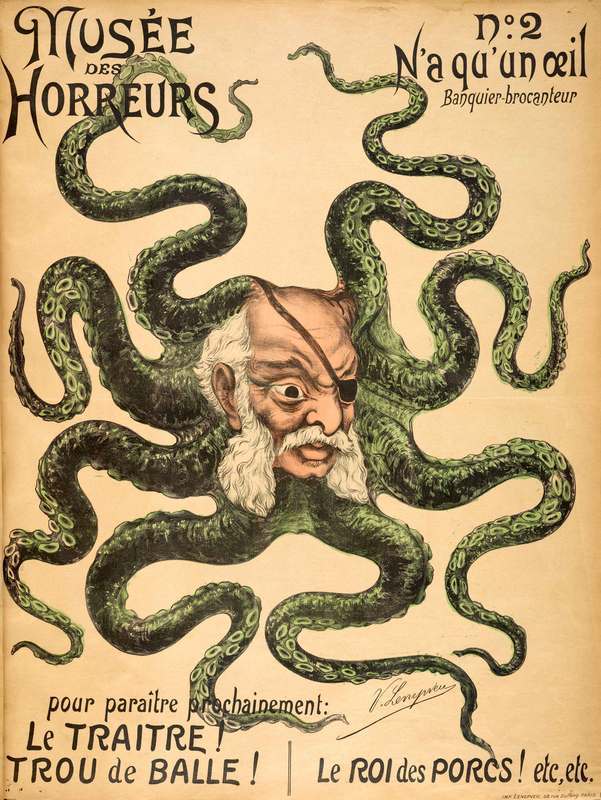 Head of the Rothschild Frères Bank and regent of the Banque de France, Alphonse de Rothschild is here depicted as a cephalopod whose eight tentacles are anti-Semitic short-hand for the international stranglehold of Jewish capital. 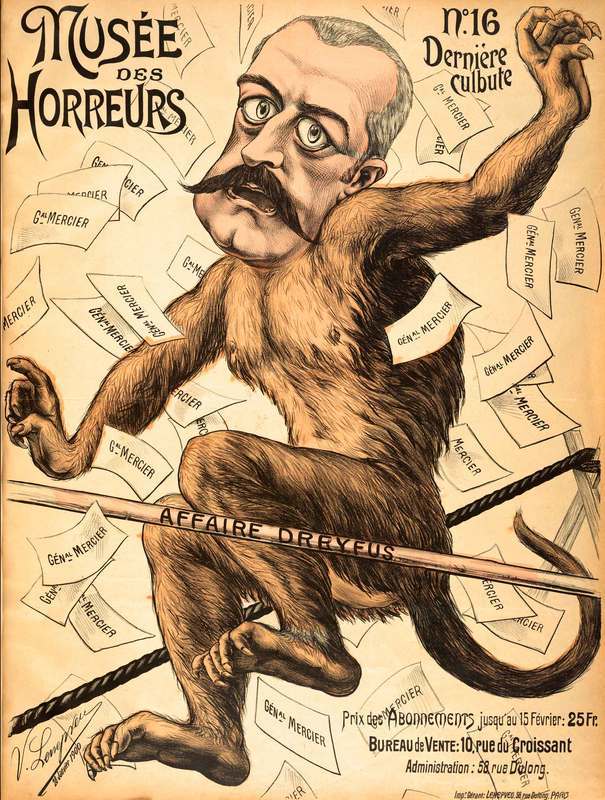 Pierre René Waldeck-Rousseau, Prime Minister of the Republic (1899 – 1902) initiated Dreyfus’s pardon. Because of his initial doubts about the Captain, he is depicted as a flip-flopper, performing “a last summersault.” 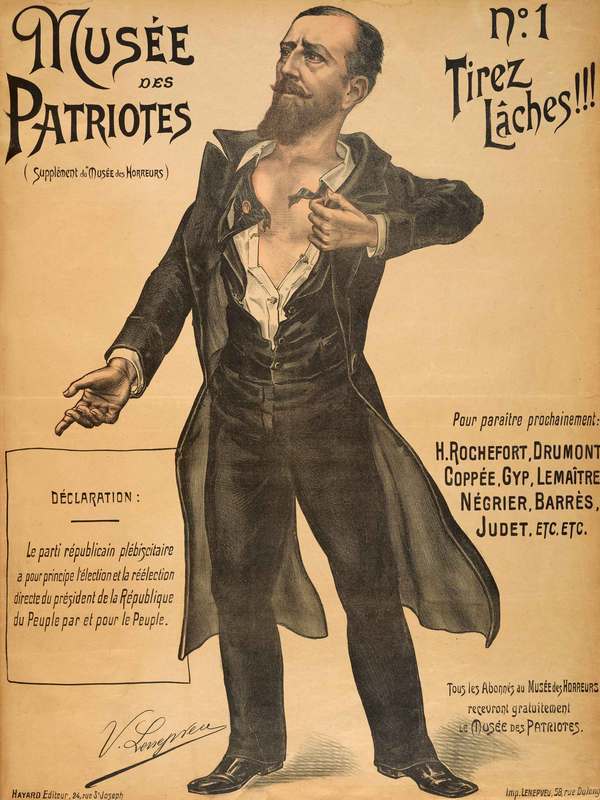 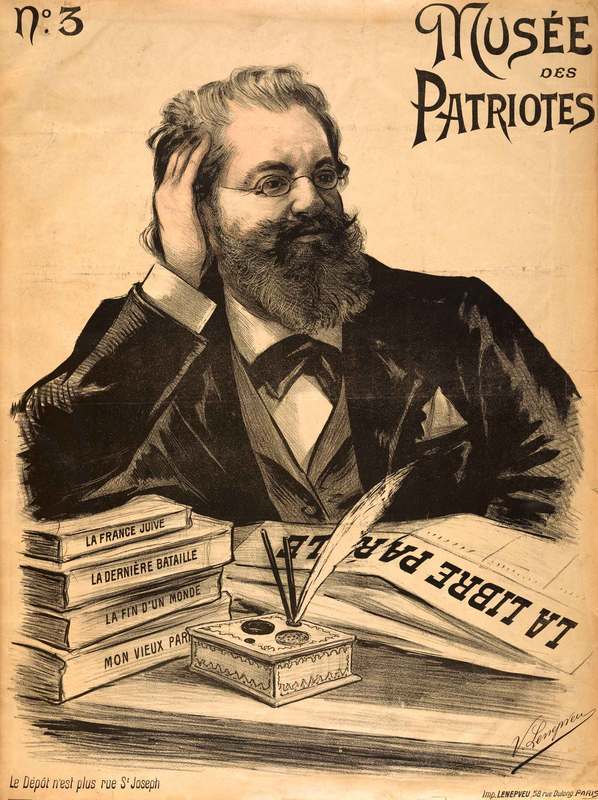 Editor of the anti-Semitic daily La Libre Parole, and author of a number of highly popular anti-Semitic polemics, including the bestseller La France Juive, published in 1886 and reprinted 200 times over 60 years.