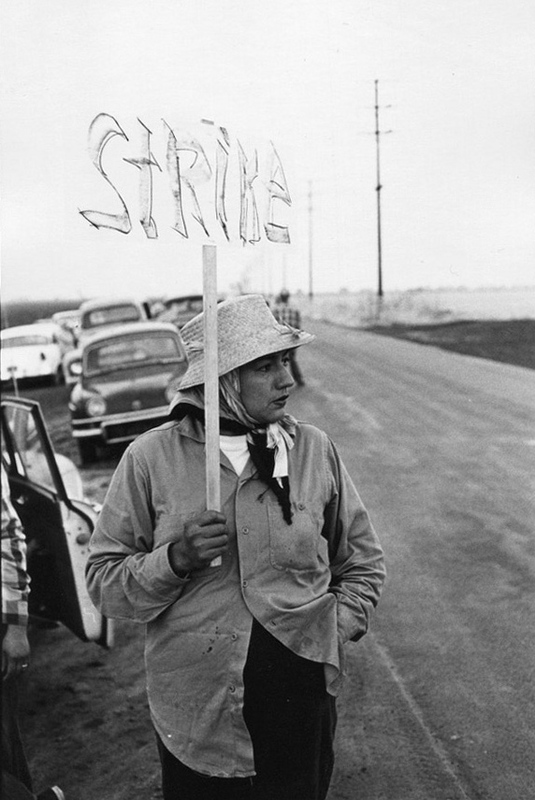 Migrant farm labor supports the $28 billion dollar fruit and vegetable industry in the United States (Oliveira, V.; Effland, J. Runyan; and Hamm, S. “Hired Farm Labor Use on Fruit, Vegetable, and Horticultural Specialty Farms.” Washington, DC: U.S. Department of Agriculture, 1993), and yet nearly three-quarters of U.S. farmworkers earn less than $10,000 per year, and three out of five farmworker families have incomes below the poverty level (United States Department of Labor. “National Agricultural Workers Survey” March 2000). This obvious discrepancy coupled with substandard living and working conditions has angered farmworkers and activists through the decades. This section of the exhibit focuses on several activist efforts to improve working conditions and attain a living wage.

In 1962, César Chávez and Dolores Huerta co-founded the National Farm Workers Association which became the United Farm Workers (UFW). Chávez, pictured here, was a farmworker, an inspirational leader and a civil rights activist who worked closely with immigrant and migrant issues concerning farmworkers. Because 52% of farmworkers in the United States are not citizens or legal residents (Runyan, Jack L. “Profile of Hired Farmworkers, 1998 Annual Averages” 1998) they have a limited political voice and their rights are easily ignored.

These photographs portray the camaraderie and empowerment of farmworkers, community supporters, and activists during the Mount Olive Pickle boycott, a five-year union campaign supported by many members of the Duke community. The Farm Labor Organizing Committee (FLOC), a labor union representing migrant farmworkers began organizing cucumber pickers and pickle processing workers in North Carolina in the 1990s. Their efforts ultimately lead to a five-year boycott of Mount Olive Pickle. The boycott ended in 2004 when the growers, the workers, and the Mount Olive Pickle Company signed a three-way agreement.

The William Gedney photographs included in “Long Live the Strike” were not individually captioned by the photographer. However, based on Gedney’s 1965 notebook from his cross-country trip 1965-66, it appears that these photographs were taken in the San Joaquin Valley and Central Valley of California between June and August of 1965. His notes indicate that Gedney travelled throughout this rich agricultural region photographing farmworkers and farmworker actions in in a number of towns including Delano, Wasco, and Corcoran. In a July 11 entry, Gedney wrote, “Delano Farm Workers Assoc. meeting” and “under the trees-Chavez,” which is believed to be the picture of César Chávez included here. Two months later, in September 1965, the Delano table grape boycott/strike began which led to the creation of the United Farm Workers of America (UFW). By the end of the grape boycott/strike in 1970, César Chávez and the UFW had secured labor contracts for over 10,000 farmworkers. 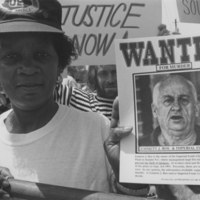 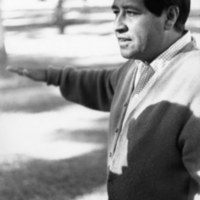 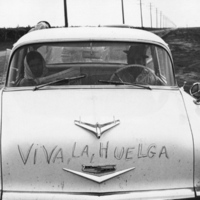 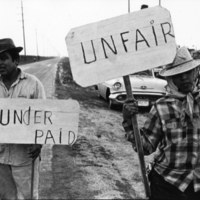 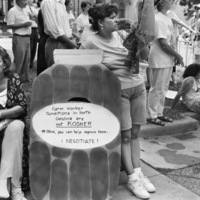 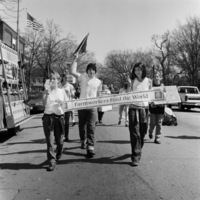 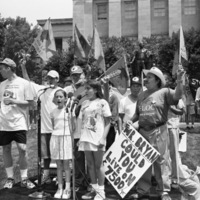 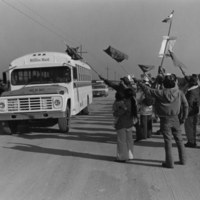 ← Picked, Plucked, and Packaged: A Farmworker's Role in the Journey of Your Food
Long Live the Strike: Activism for Farmworkers' Rights