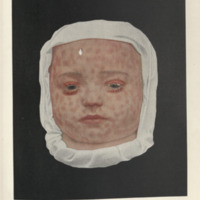 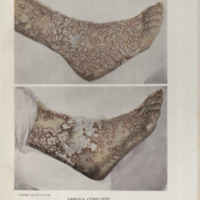 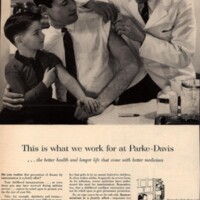 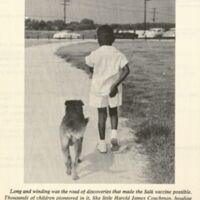 Image from Polio and the Salk Vaccine: What You Should Know About It. 1956

Prior to its eradication in the late 1970s, smallpox ravaged the world. Smallpox has two strains: variola major and variola minor.  The more common, and more severe, variola major is reported to have had an historical mortality rate of 30%. Those who did not die were often left with scars, at times quite severe. Edward Jenner’s pivotal work on the effectiveness of cowpox vaccination to prevent smallpox in the late eighteenth century was predated by variolation, a practice of rubbing smallpox pustules into a small cut, a practice that was being performed in Africa and Asia before Europe. Jenner’s work paved the way for future vaccines to combat other infectious diseases including measles, polio, influenza, and more.