Duke Chapel is home to four excellent and unique organs. These magnificent instruments feature prominently in worship services, university events, recitals, and demonstrations. Collectively, these four organs provide a remarkable array of sounds and musical capabilities. Whether leading congregation singing or performing a solo recital, the organs at Duke Chapel form an integral part of the Chapel’s impressive soundscape.

The Aeolian Organ
The Kathleen Upton Byrns McClendon Organ (Aeolian 1932) surrounds the chancel. However, most of its size and pipes are hidden within large chambers on either side of the chancel. The oldest and largest organ, it reflects the post-romantic musical tastes prominent in the 1930s. 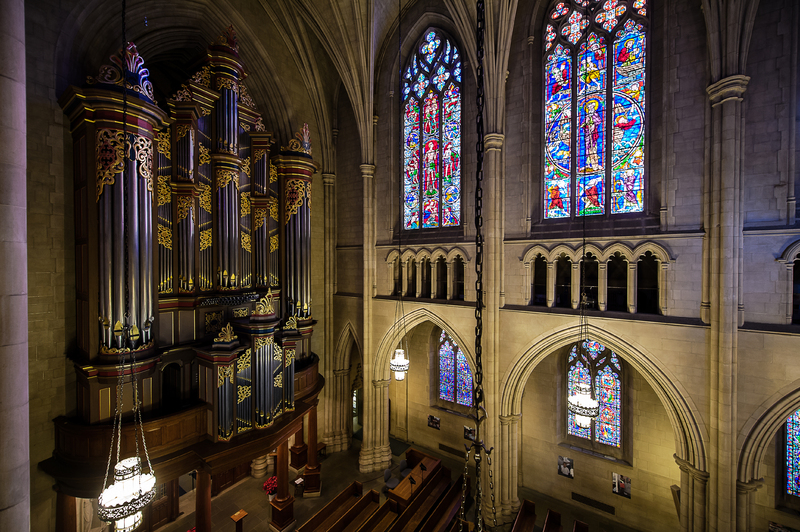 The Benjamin N. Duke Organ, built by Dirk A. Flentrop in 1976, reflects an eighteenth-century Dutch and French style. This 5,000-pipe instrument sits in the archway between the nave and the narthex.

Flentrop, a world-renowned organ builder, designed, built, and installed the Benjamin N. Duke Memorial Organ. He’s also responsible for a more subtle change to Duke Chapel. Flentrop demanded that the walls of Duke Chapel be coated not once but twice with a transparent sealant to improve the buildings acoustics. 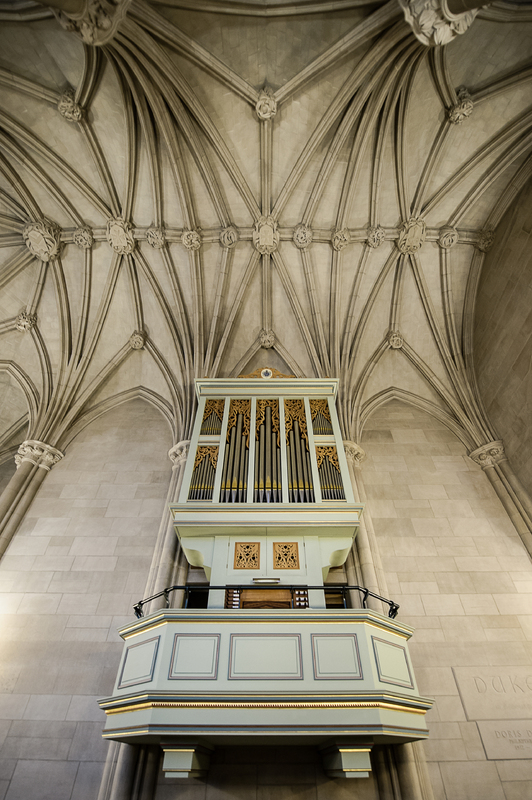 In 1997, Duke Chapel added to its collection of organs with the Brombaugh Organ located in the Memorial Chapel. The unique construction and tuning of this nearly 1,000-pipe instrument reflects practices that were common during the Italian Renaissance.


Finally, the portative organ is the smallest and the newest—it was delivered to Duke Chapel in November 2014. It is a delicate and quiet instrument that is primarily used to accompany other musical groups.

← The Choir
The Exterior →
The Organs