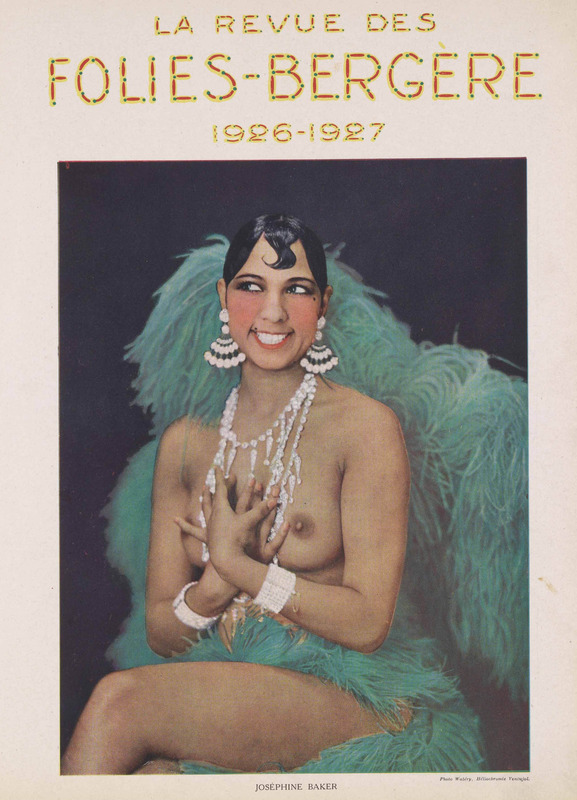 The Cabaret and the Second World War

Although the Nazis deemed jazz degenerate, cabarets, theaters, and music halls in the Parisian neighborhoods of Pigalle, Montparnasse, and Montmartre continued to operate in the occupied French capital (1940-1944). The German occupiers attempted to preserve an illusion of normalcy, but by the 1940s, the culture of the cabaret was in decline. Other forms of entertainment such as radio and film, and, under German occupation, other preoccupations, absorbed the Parisian public.

However, at least one famous cabaret performer bravely fought against the Nazis: Josephine Baker. Although Baker came to embody the glitz and glamour of the Roaring Twenties, she assisted the French Resistance during the Nazi occupation of Paris. While moving from city to city for her shows, Baker observed the movement of Nazi troops and eavesdropped on important conversations among the occupiers. She then passed this crucial information on to the Free French Forces. "The Nazis were racist. They were bigots," she told Ebony magazine in 1973, "I despised that sort of thing and was determined that they must be defeated." The French government awarded Baker the Croix de Guerre in recognition of her courageous undercover work during World War Two.