To sonify Cheap Thrills, the Duke New Music Ensemble's student-composers—Ben Crawford, D. Edward Davis, Timothy Hambourger, Jamie Keesecker, Dan Ruccia, and Vladimir Smirnov—have approached these historical cabaret tunes to reflect their individual styles and interpretations. While some have deconstructed these pieces, leaving only remnants of the original scores, others have offered an arrangement after the period's performance traditions.

Historically, cabaret orchestration depended on the venue and the night as the roster of performers would rotate without notice. Still, there were standard differences between the orchestration at different venues. Whereas the Moulin Rouge tended to boast a full orchestra, cramped venues like Le Mirliton were limited to a piano or harmonium. The instrumentalists and famous chanteuses highlighted throughout this exhibit often doubled as composers; even those who did not compose the musical scores or write the lyrics tended to adapt or improvise and so place their own stamp on the piece.

In their adaptations of these historical cabaret pieces, the Duke New Music Ensemble's student-composers—most of whom also performed for the exhibit's recordings—have further updated the historical music through an expanded repertoire of musical instruments. Listen for the buzz and drone of kazoos, clink of coins randomly dropped on a glockenspiel, and bombast of brass and woodwind instruments.

Directed by Jamie Keesecker, a doctoral candidate in music composition, the Ensemble, composed primarily of undergraduate and graduate students, performs music from the nineteenth to the twenty-first centuries. With this exhibit, the Ensemble continues its commitment to collaborative, interdisciplinary art. It has previously explored and adapted music in relation to the visual arts in its 2010 concert series to coincide with the Nasher’s The Record exhibit, and in its 2011 "Old Film, New Music" concert that used archival film footage from the David M. Rubenstein Rare Book & Manuscript Library. 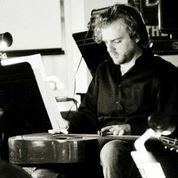 Benito Crawford was born in 1979 in Ann Arbor, Michigan, but grew up in Mount Airy, North Carolina. He attended Duke University for undergraduate study (B.A. Music, B.A. Mathematics from Trinity College ’02). He returned to Duke for his graduate degree in music composition (Ph.D.’11). His arrangement here is meant to capture the lively (and bawdy) atmosphere of the cabaret that patrons of Le Mirliton would have experienced. 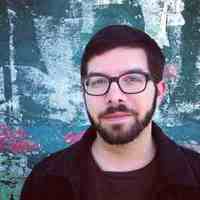 D. Edward Davis is a composer of electronic and acoustic music. His work engages with the sounds of the environment, exploring processes, patterns, and systems inspired by nature. Recent performers of his work include violinist Erik Carlson, pianist Ingrid Lee, Rootstock Percussion Trio, and the Wet Ink Ensemble. Davis is currently in the PhD program at Duke University, where he studies composition with Scott Lindroth and John Supko. He also has degrees from Brooklyn College and Northwestern University, and his former teachers include David Grubbs, Amnon Wolman, and Jay Alan Yim.

“dawn song” presents frozen moments of "Aubade," a cabaret song written by Paul Delmet. At first each moment is surrounded by empty space, but as the events get closer and closer together, they begin to overlap, and the outlines of the song are gradually revealed.

More information can be found at http://sound.warmsilence.org 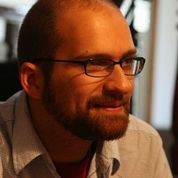 Tim Hambourger earned his PhD in composition at Duke University in 2013. He has written works for chamber ensemble, for solo piano (his primary instrument), and for solo voice and choir. His dissertation, Last Wave Reached, is an extended setting of poems by Kay Ryan for three female singers and large chamber ensemble. It was premiered with Jacqueline Horner-Kwiatek and the Wet Ink Ensemble in March 2013.

“Ta-Ma-Ra-Boom-Dee-Aye” is one of those well-known melodies that sounds like Looney Tunes or old movies (it even turned up as the theme song to Howdy Doody). This setting fills out the melody with contrasting tempos and new harmonies, but at its heart it is an over-the-top celebration of the original. 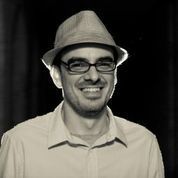 Jamie Keesecker is the director of the Duke New Music Ensemble and a composer who enjoys writing music and designing sound, and exploring on the musical qualities of sound and the noisy qualities of music. He writes for various ensembles and performance settings, collaborating with artists across a wide array of disciplines to create new works that incor- porate visual media, scientific data, dance, and film. Jamie’s recent work has focused on interactivity and the combination of live musical performance with real-time computer processing. He is a James B. Duke fellow pursuing a Ph.D. from the Duke University Department of Music. 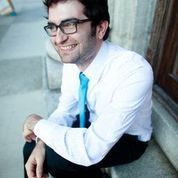 Dan Ruccia (b. 1982) is a Durham, NC, based composer, violist, and improviser. He writes music that exists at the intersection of different styles, forms, and genres, particularly free jazz and punk in all of its manifestations. He recently completed his Ph.D. at Duke University where he studied with Stephen Jaffe, Scott Lindroth, and Allen Anderson (University of North Carolina).

My starting point for “Mirlitaine+Mirliton” was the band Earth, whose music slows down blues and Americana to the point where they come to resemble drone metal. Their sound is thick and saturated, yet the musical ideas they play with are simple and easily grasped. I’ve wanted to incorporate their sound into my music for a while, and Paul Delmet’s “Mirlitaine et Mirliton” proved to be the perfect source material. Its simple, haunting melody feels like a blues riff while also providing plenty of space for orchestrational explorations. While I don’t directly engage with meanings of the lyrics, the sound of the words themselves does inform some of the chords and melodic filigrees that appear throughout the piece.

Vladimir Smirnov is a Ph.D candidate in music composition at Duke University. He received his Master’s degree from the Peabody Institute, and his Bachelor’s degree from Virginia Tech. He composes music in a variety of genres, plays piano and electric bass in [dnme], and plays a variety of instruments in the experimental improv group White Oak. His music has received several honors including reading selection by the Baltimore Symphony and Marin Alsop, regional award from SCI/ASCAP, and honorable mentions from the Minnesota Orchestra Composer Institute and the New England Philharmonic.

In my arrangement of “Matin” by Paul Delmet, I decided to give the chanson a fast-paced, cartoonish treatment. The main melody appears in a variety of guises, quickly changing from one presentation to the next. The characters of “Matin” leave the sentimental scene of the original chanson and get into all sorts of hilarious adventures.