Students have long recognized their power as institutional change-agents. The best known protest is probably 1969’s Allen Building Takeover, but students made their voices heard long before the 1960s, and continue to do so today. 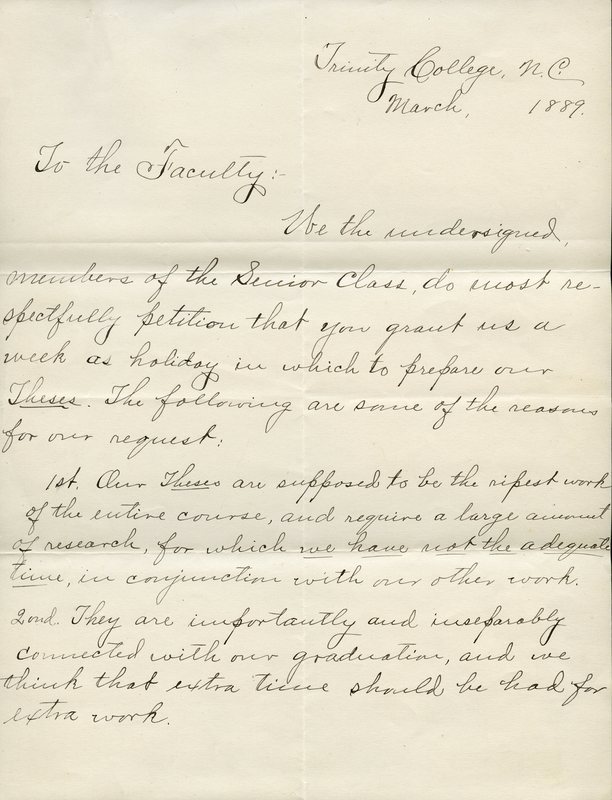 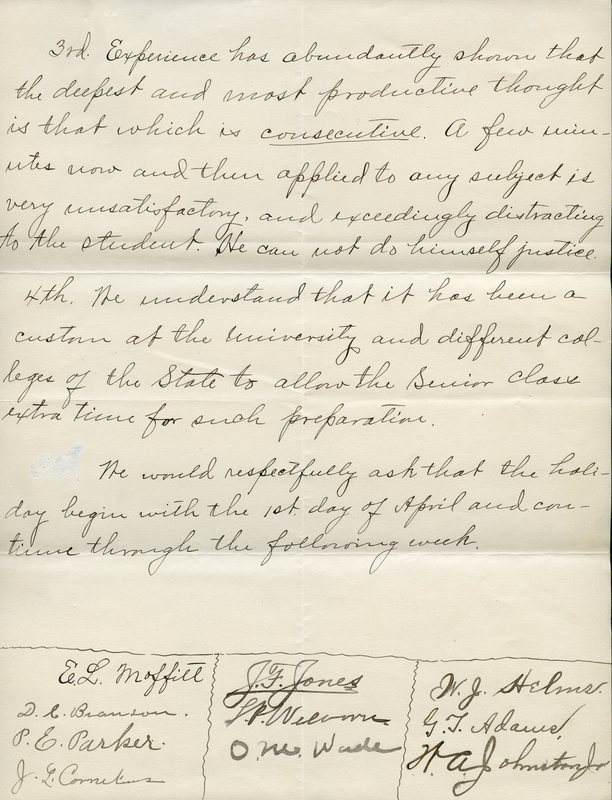 This petition was submitted to President Crowell by students asking for time before Christmas break to write papers and study for exams.  This eventually resulted in the period between classes and exams now known as “Reading Period.”

Click on the image and use the right/left arrows to see more pages. 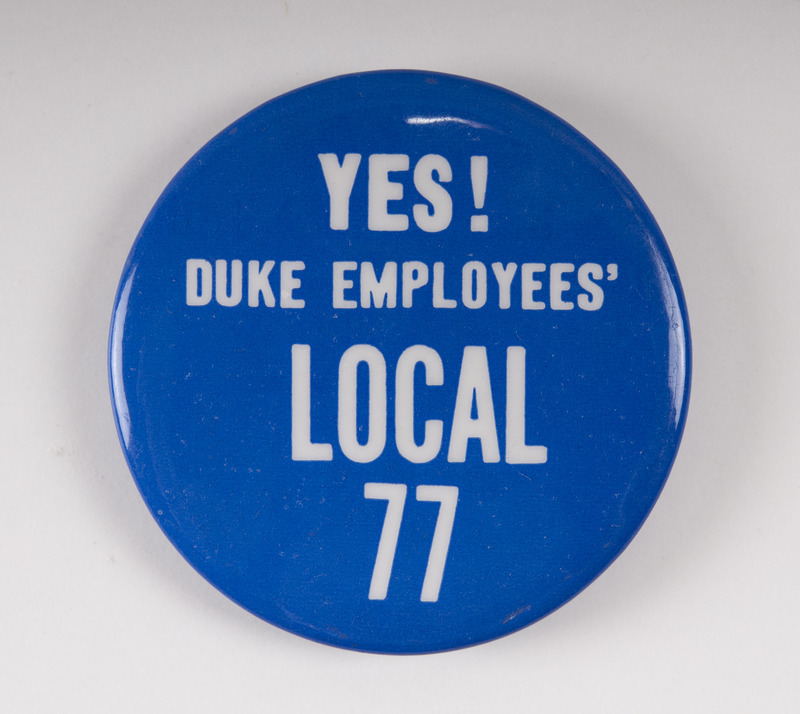 In April 1968, students camped out on the quad for days to protest low wages for dining hall and housekeeping workers on campus.  The Vigil was initiated by students who gathered in memory of Dr. Martin Luther King, Jr. after his assassination. 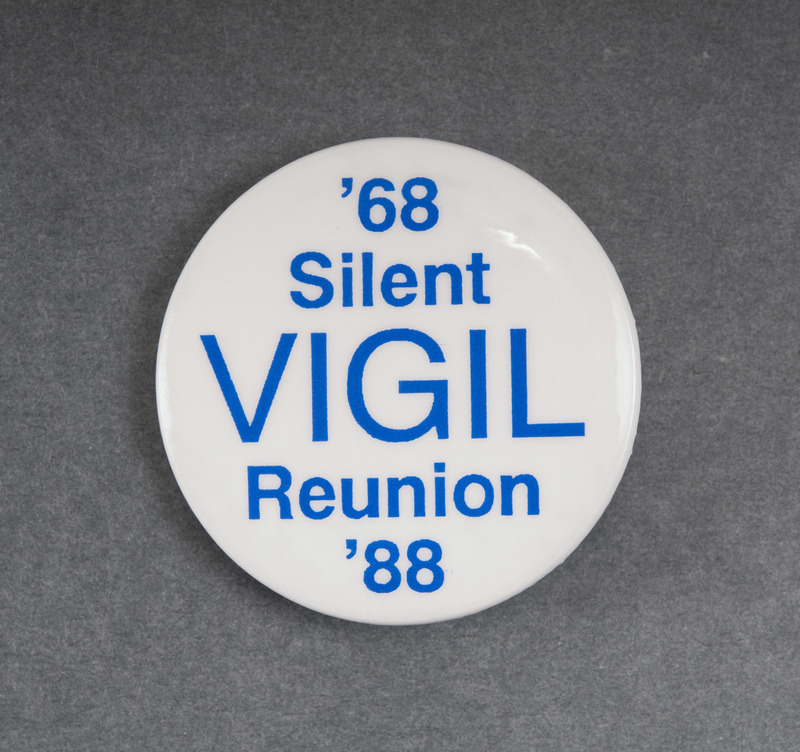 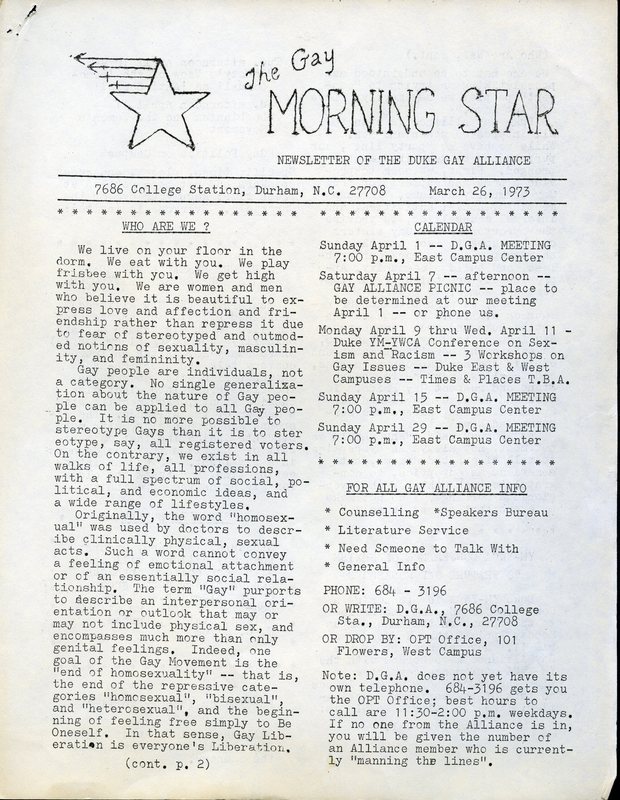 The Gay Morning Star was the first newsletter written by and for members of the Duke LGBT community.  The publication helped LGBT students find both a community and voice on campus. 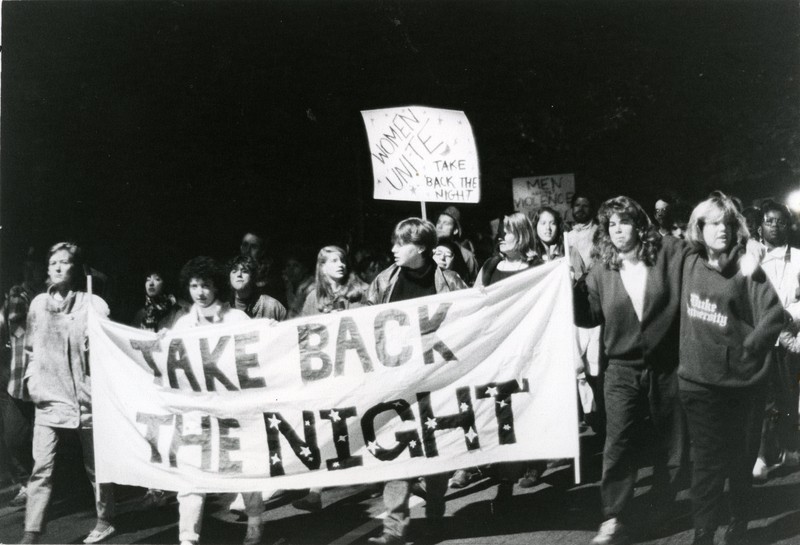 Take Back the Night Demonstration, 1980s

Take Back the Night Demonstration, 1980s 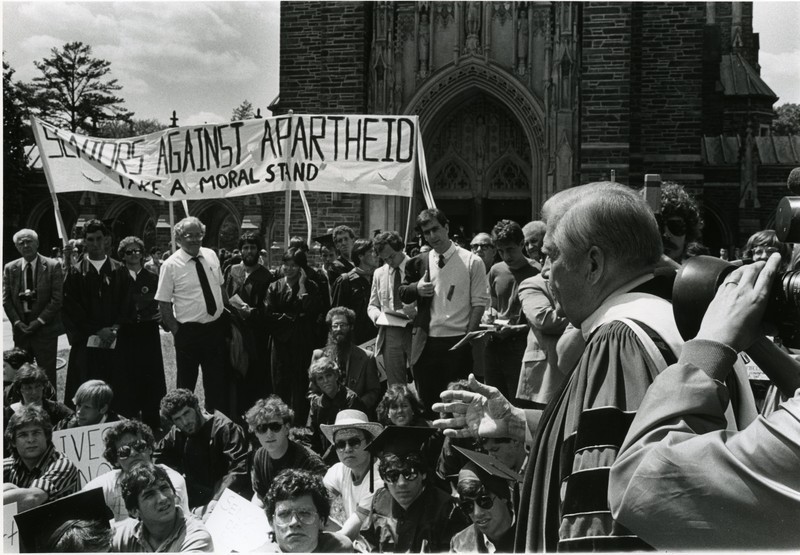 As a result of student protests, the Trustees voted to divest university assets in those companies conducting business in South Africa or supportive of apartheid. This protest was held during graduation weekend in 1986. 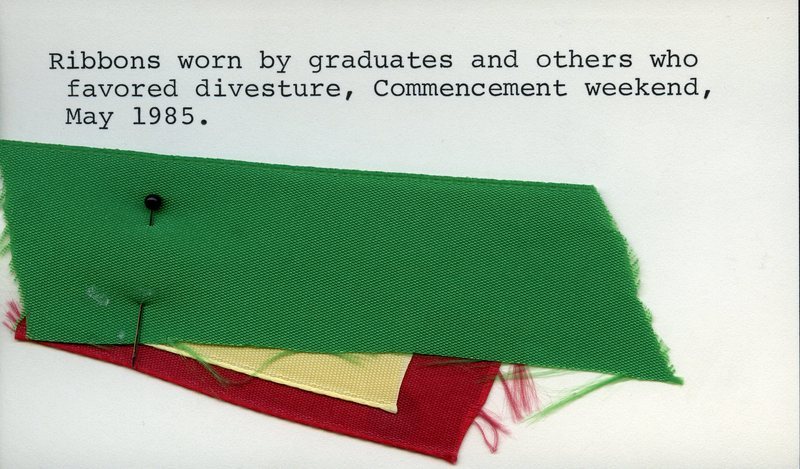 During the graduation weekend protests in 1986, graduates, students, and supporters wore ribbons to show their support of divesture. 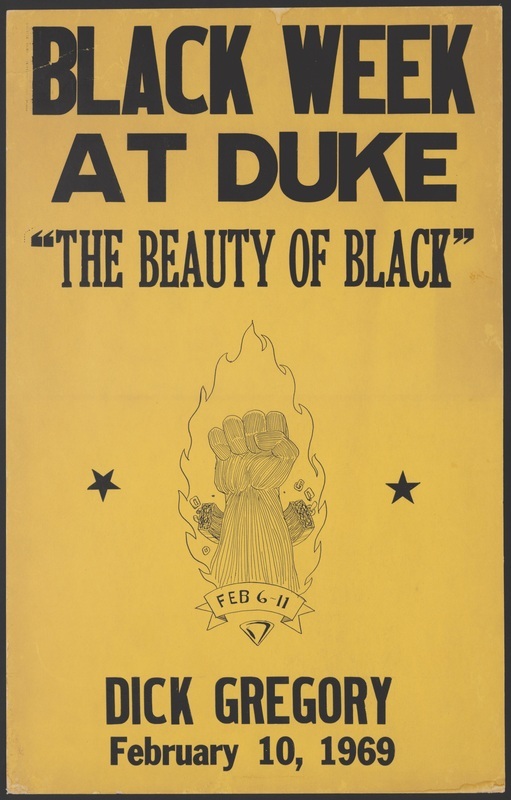 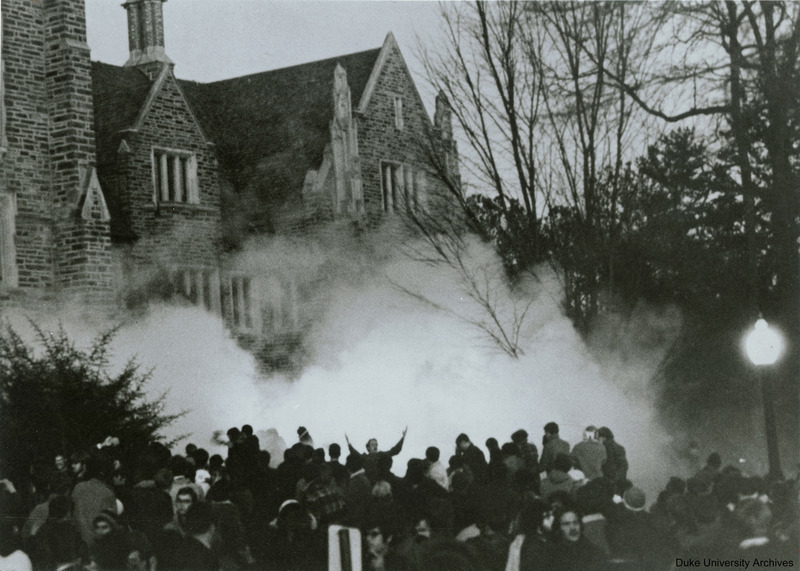 Students and protesters are seen in front of a haze of tear gas during the Allen Building Takeover.  Though the students occupying the building left peacefully, police released tear gas into the crowd in an effort to disperse protesters. 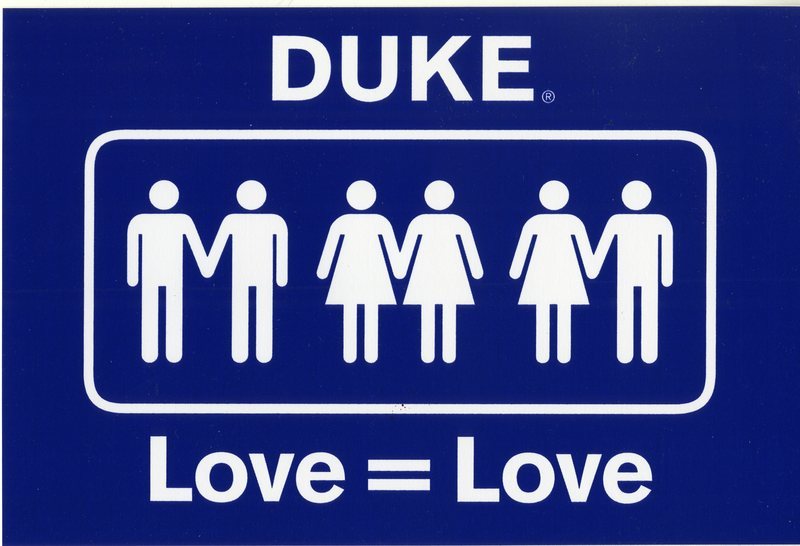 Beginning in 2007, the “Love = Love” logo was incorporated into t-shirts given out on National Coming Out Day by the Center for Lesbian, Gay, Bisexual, & Transgender Life (now the Center for Sexual and Gender Diversity).