The Duke family began its relationship with the University in 1887, and the family’s philanthropy and leadership continue to this day. Best known for James B. Duke’s gifts and the renaming of the university in 1924 and 1925, they were also instrumental in the move to Durham in 1892. 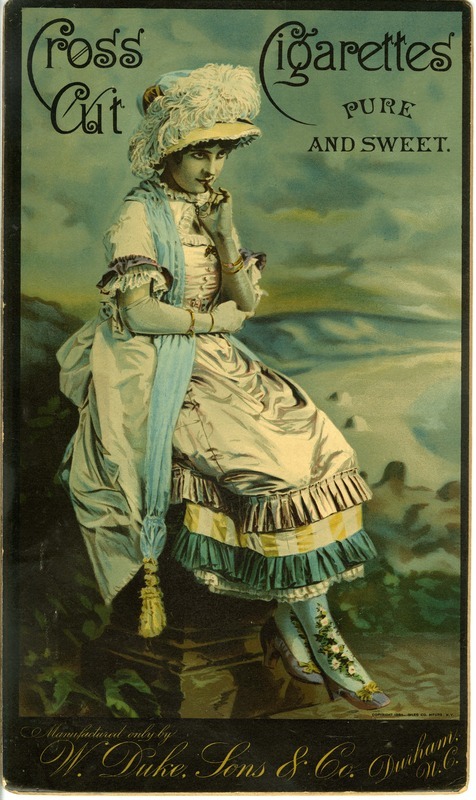 Washington Duke, the patriarch of the Duke Family, worked as a tobacco farmer after being conscripted into the Confederate Navy during the Civil War.  Eventually, he moved into tobacco packaging and sales.  W. Duke, Sons, and Company became one of the most successful tobacco companies in the country after they began to use picture cards as advertisements.  The Duke company later became part of the American Tobacco Company, a conglomerate that was broken up for antitrust violations. 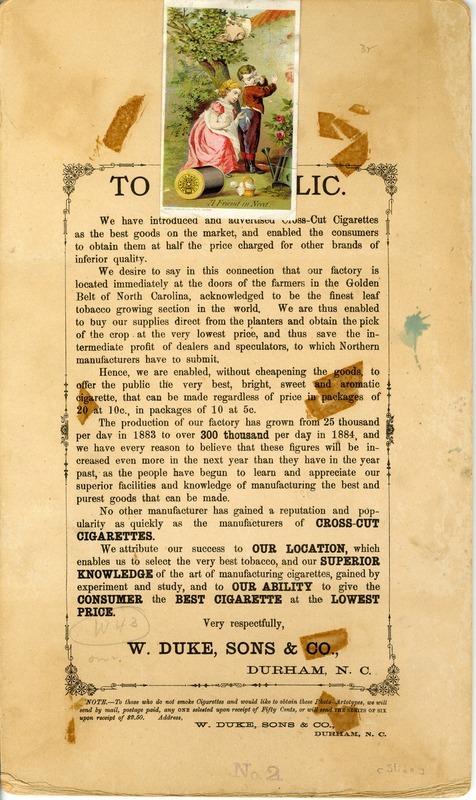 The back of this tobacco advertisement gives details about the operations of W. Duke, Sons, and Company. 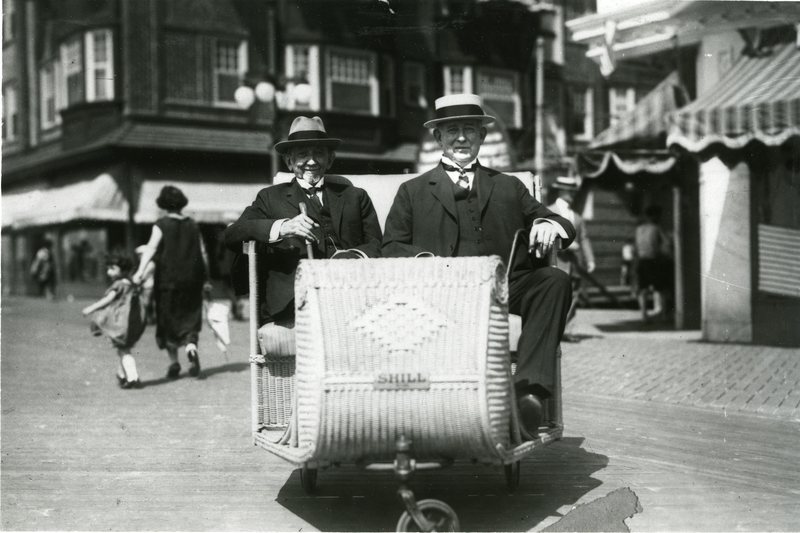 J.B. and Ben Duke on the Atlantic City Boardwalk, 1920s

J.B. and Ben Duke on the Atlantic City Boardwalk, 1920s 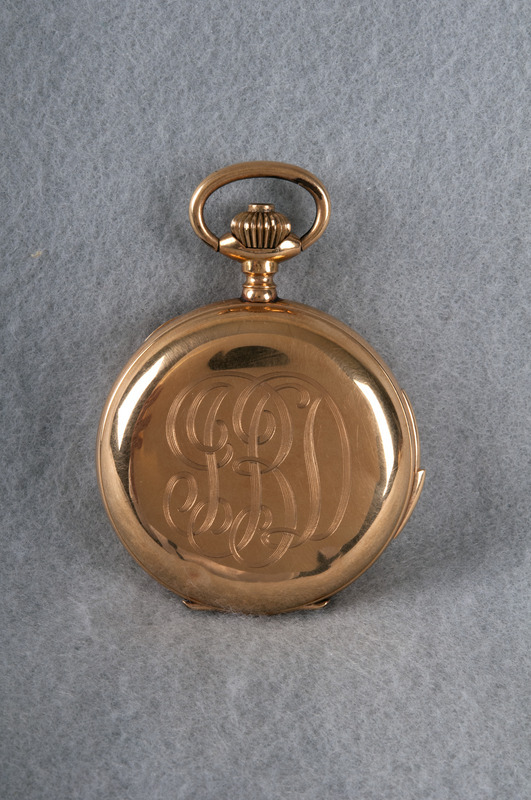 The wealthiest of the Duke children, James Buchanan Duke split his time between his mansion on Fifth Avenue in New York City, and his large farm in Hillsborough, New Jersey.  He remained very close to his older brother, Ben, throughout his life. 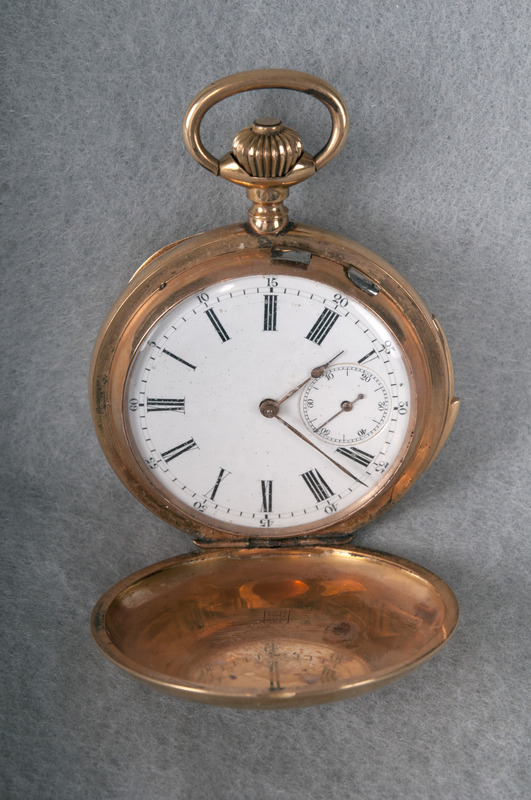 The interior of James B. Duke's pocket watch. 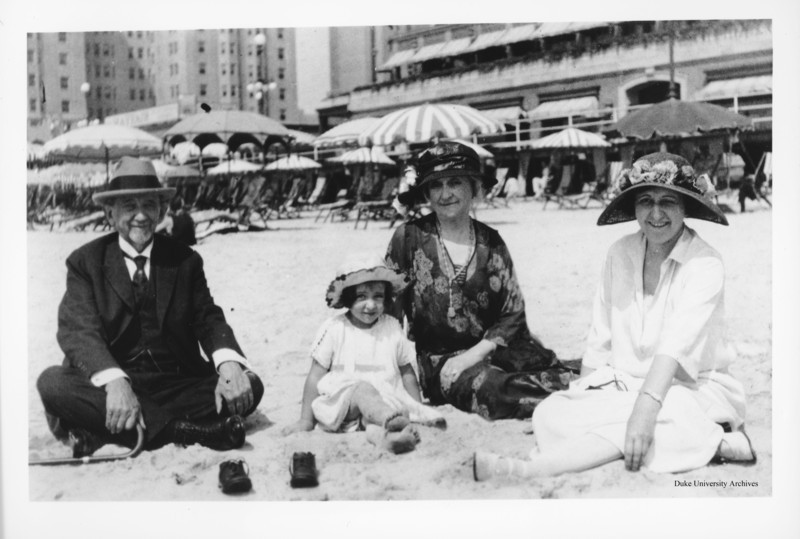 Ben Duke and family on the beach in Atlantic City, circa 1923.

Pictured are Ben Duke, his wife Sarah, his daughter Mary, and his granddaughter Mary.  Ben’s granddaughter was later known as Mary Duke Biddle Trent Semans and was a patron of the University until her death in 2012.  She was a tireless advocate of causes ranging from the arts to medicine, and the new medical education facility on campus is named in her honor. 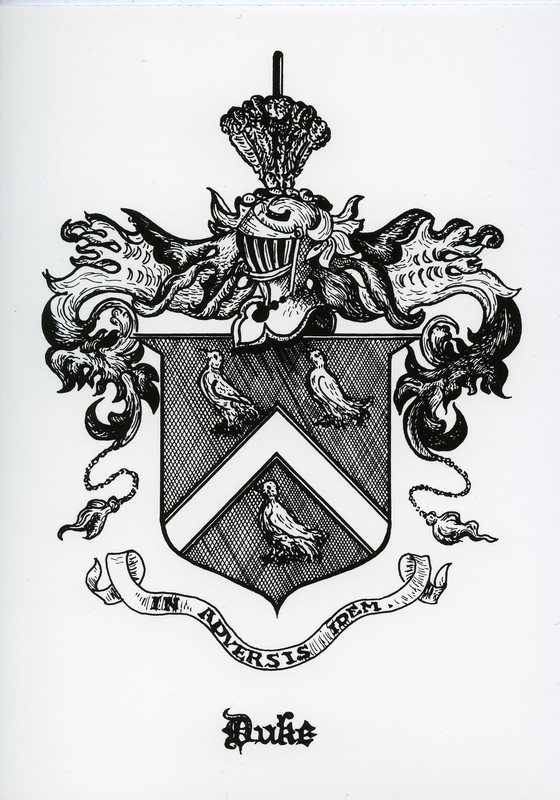 The seal of the Duke family.