Student Life at Duke has changed dramatically since the days of Randolph County, when most students lived with local families and provided their own candles and lumber. From freshman traditions to dining in the cafeteria, Duke students each have their own favorite memories of their time on campus. 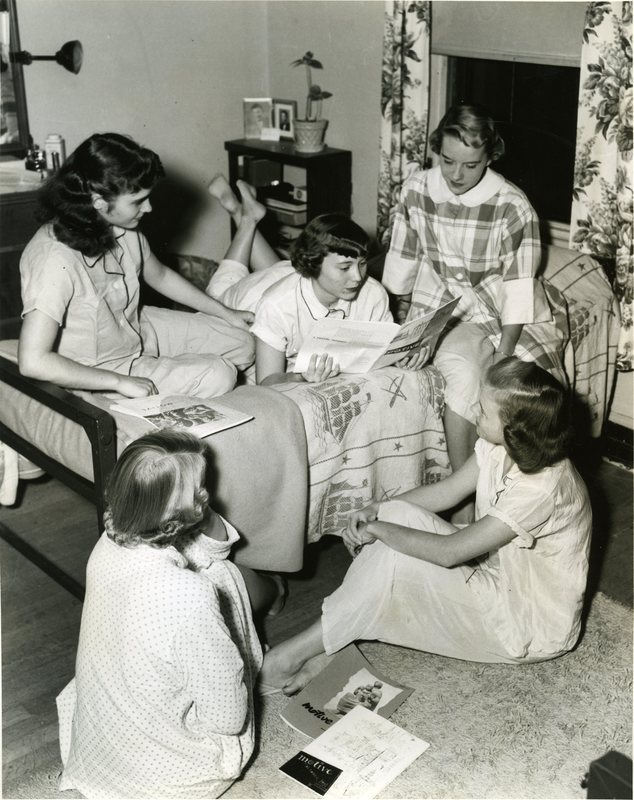 This photograph was taken in a dorm at the Woman's College in 1951. 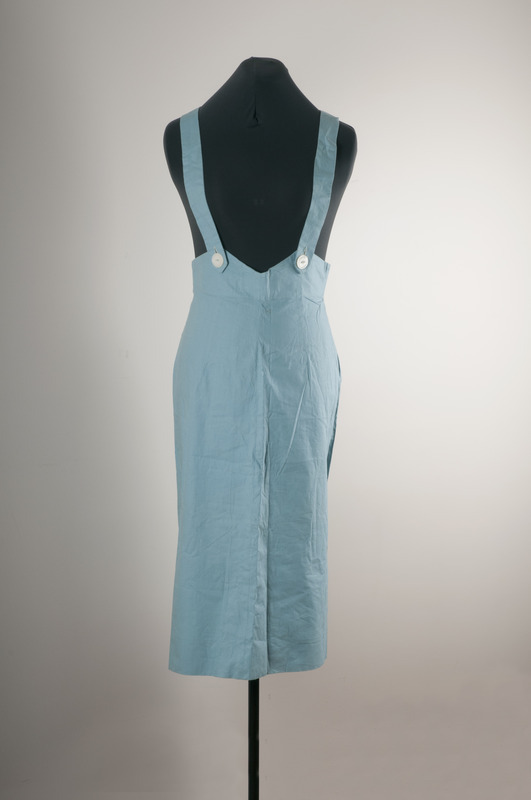 Greek life has existed at Duke since Trinity College was located in Randolph County.  Here, we have a hand-sewn rush uniform from around 1958 from alumna Dorothy Newsom Rankin.  Students interested in joining a sorority sewed jumpers and wore them during rush.

This rolling pin is a relic of sorority rush, from the 1930s. Some of the signatures on the rolling pin are from members of the class of 1933. 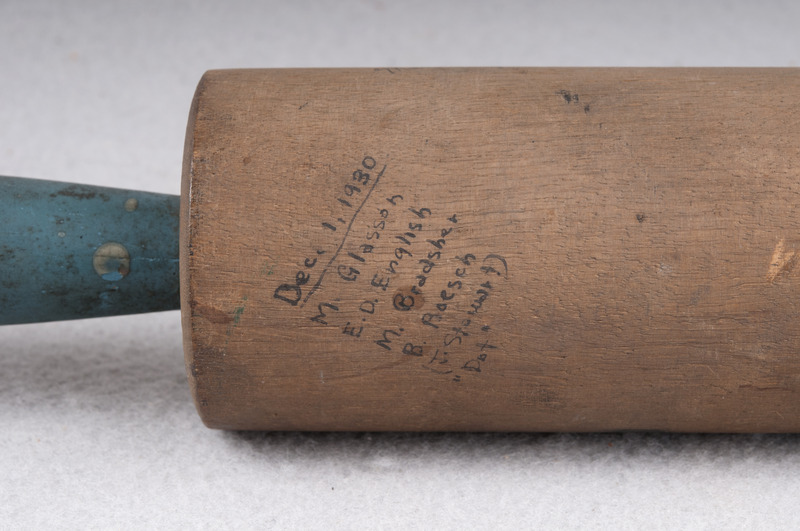 This rolling pin is a relic of sorority rush, from the 1930s. Some of the signatures on the rolling pin are from members of the class of 1933. 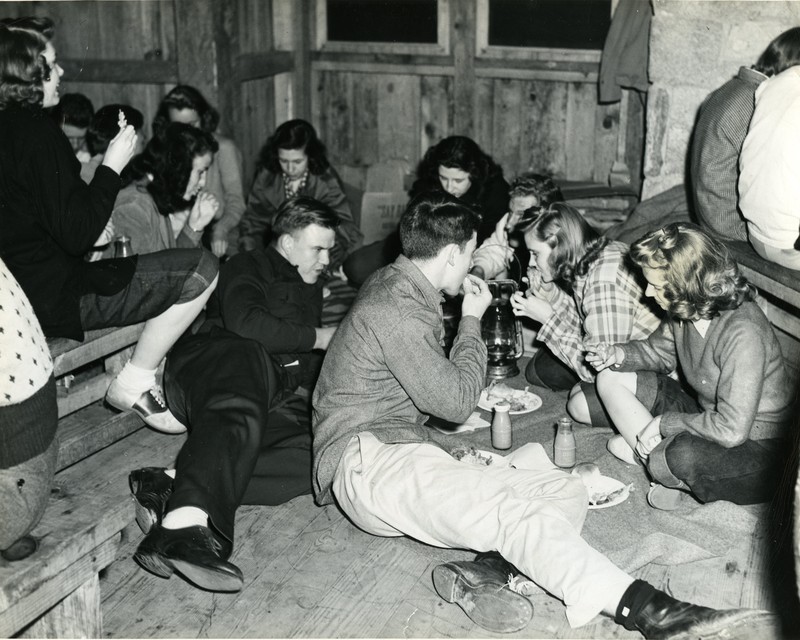 During the mid-20th century, students—particularly female students—were strictly monitored at Duke.  There were restrictions on when and with whom students could venture off-campus.  One way that students circumvented authority was by having “cabin parties” in abandoned cabins in the Duke Forest.  This cabin party was held in the 1940s. 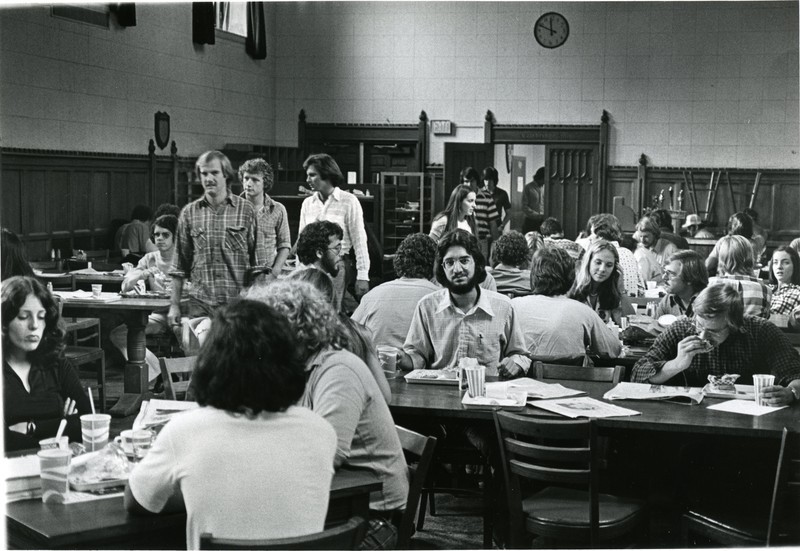 There have been many changes in student life over the years, but two things have remained constant as long as Trinity has been in Durham: dorms and dining halls.  This photograph was taken in the West Campus Union Dining Hall in the 1970s. 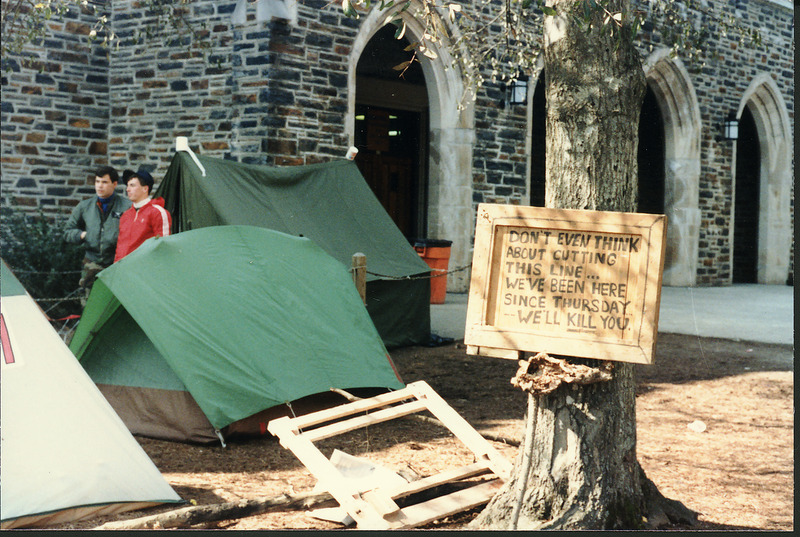 Krzyzewskiville—a tradition that continues today—began in 1986 when students from Mirecourt decided that they did not want to stand in line in order to get tickets to the Duke-UNC basketball game.  They pitched tents in front of Cameron Indoor Stadium and camped out until game time. 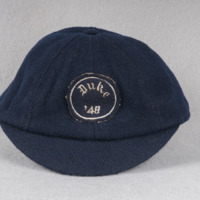 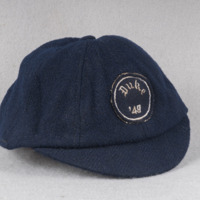 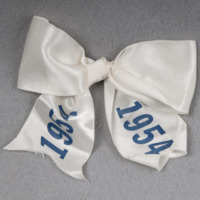 Each year, incoming freshmen were issued either a dink (for men) or a hair bow (for women) that displayed their class year.  Freshmen were required to wear them every day until the end of the fall semester, unless Duke won the Duke-UNC football game, typically held in November.  This tradition started in the mid-1940s and continued for about twenty years.  This dink is from a member of the class of 1948.

← Athletics Through the Years
Women at Duke →
Student Life