Over the last 175 years, the fourteen leaders of the institution have overseen major changes and developments, including a move from Randolph County to Durham, the explosive growth as Trinity College became Duke University, and the establishment and expansion of the medical center. 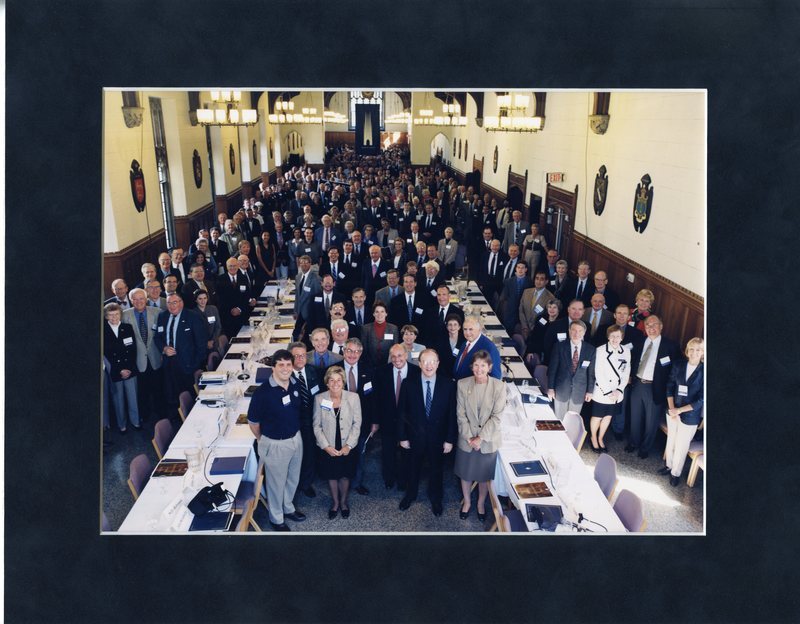 The Campaign for Duke was officially announced in October 1998, and this photograph in the Great Hall shows President Nannerl Keohane, trustees, and campaign volunteers gathered for the kick-off. The first $1 billion campaign for a southern university, the initial goal of $1.5 billion was eventually surpassed at $2.36 billion, making it one of the most successful fundraising campaigns for a university ever. 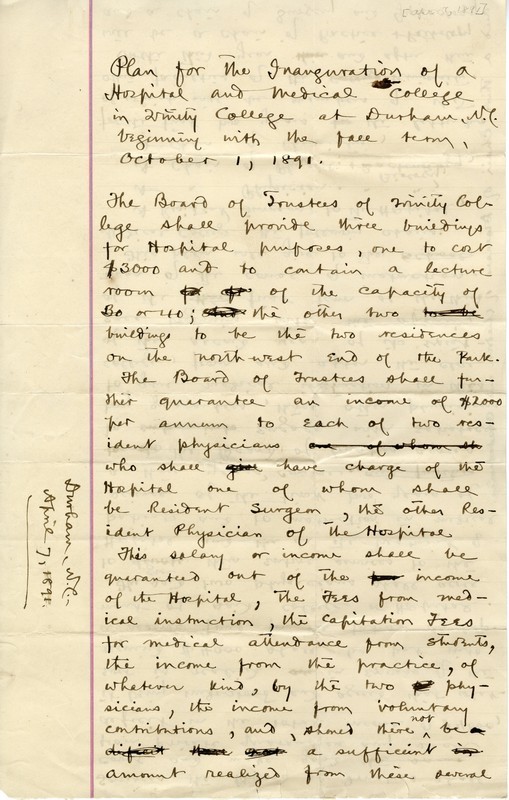 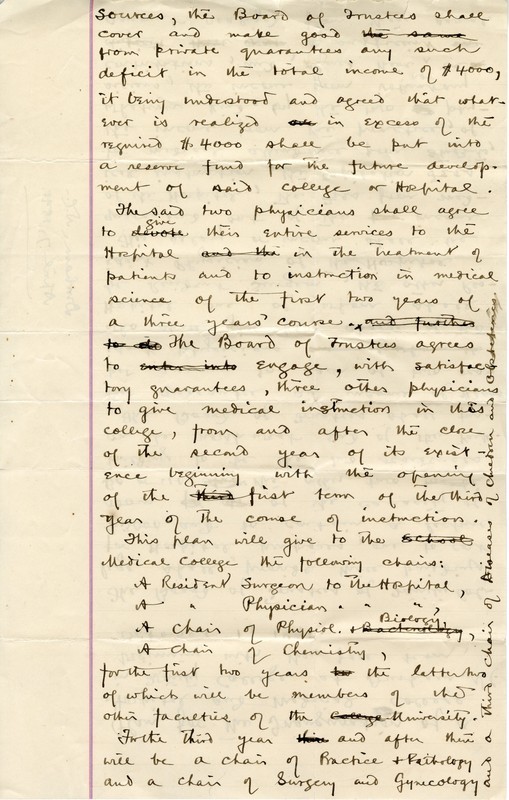 In a quintessential example of the “outrageous ambitions” of which president Terry Sanford spoke, Trinity College President John Franklin Crowell wrote this proposal to build a hospital and medical school at Trinity in 1891. Though not realized until the 1930s, it has been one of the most important Duke institutions since it was dedicated. The Duke University Medical Center now ranks #12 in the nation overall.

Click on the image to the left and use the right/left arrows to see more pages. 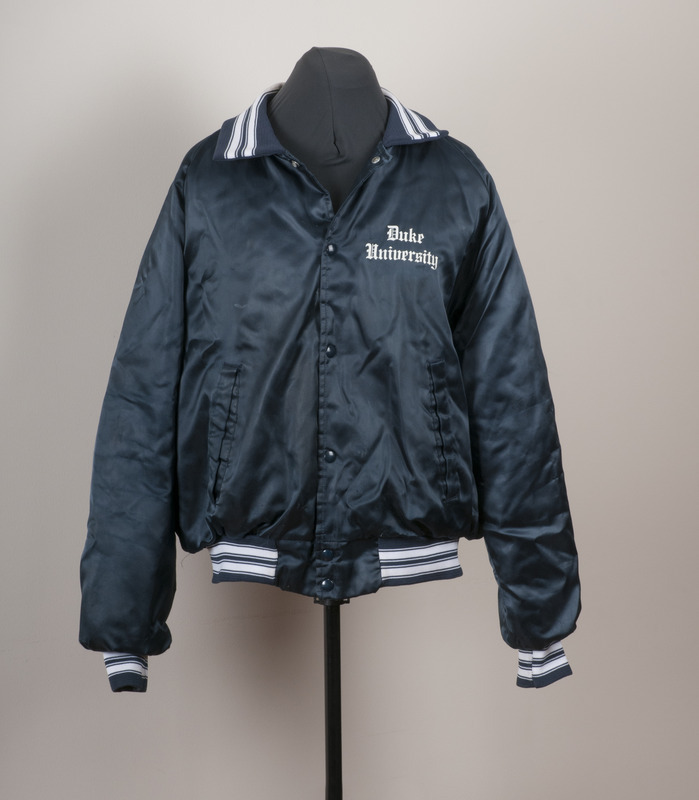 Terry Sanford, former governor of North Carolina at the time he became president of Duke, was known for prioritizing education in his political career.  He was Duke’s fourth-longest serving president, and during his tenure, Duke’s physical footprint grew significantly.  The schools were also expanded, and the  business and public policy schools were added, the latter named in his honor.  This was one of his favorite jackets. 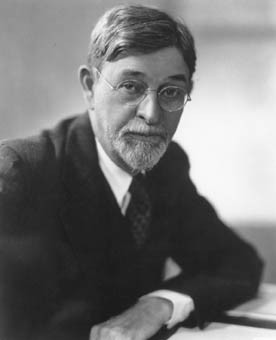 Trinity College was renamed Duke University in 1924, following J.B. Duke’s establishment of the Duke Endowment and major gift.  The Dukes had long been Trinity’s most prolific patrons, and the school was named in honor of Washington Duke and his sons when William Preston Few (pictured) was president.  Few maintained a close, personal friendship with Ben and J.B. Duke and was instrumental in securing the gift.