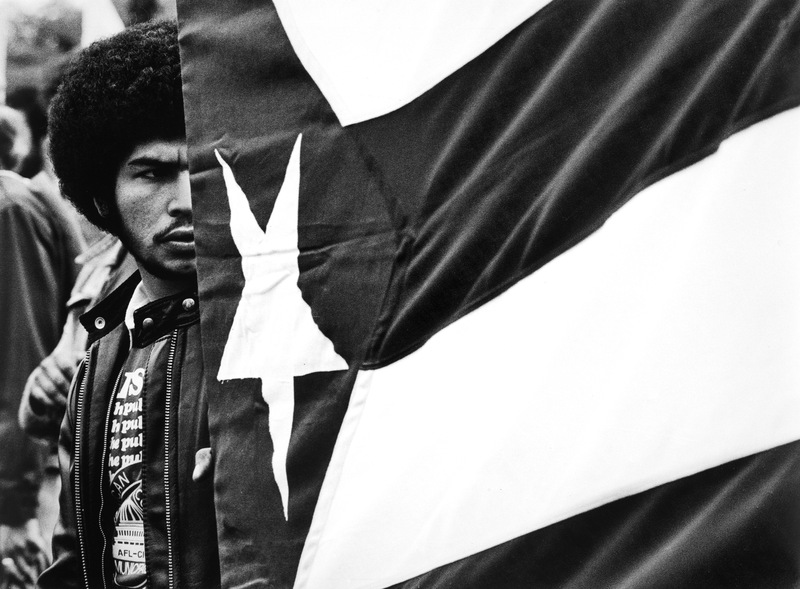 La nación en vaivén (Nation on the move) is a phrase well known to scholars who study Puerto Rico. It is used to describe the “back and forth” of Puerto Ricans moving between the island, the continental United States and other countries. Including “nation” in the phase is critical. It signifies an ongoing connection to “Puerto Rican-ness;” an identity and culture that is transported and adapted but not lost. Geographical dispersion of the Puerto Rican nation has only grown since Frank Espada’s wide-ranging documentation in the 1970s and 1980s. And so we chose “Nation on the Move” as the title of this exhibition, to capture both the physical energy and the ethnic continuity of the Puerto Rican Diaspora.

In his photographic survey of the Puerto Rican diaspora Frank Espada visited over thirty four communities across the United States and its territories from 1979-1981. Like the Farm Security Administration photographers before him who created a pictorial record of American life in the 1930s and 1940s, Espada sought to photograph and record the daily life of the Puerto Rican population on the mainland and in Hawaii. He photographed and interviewed people at home, in the workplace, at community organizations, and at baseball games in an effort to understand the quality of life the migrants were able to attain. This exhibition presents a narrow slice of that larger work, focusing on rural migration in Hawaii and Pennsylvania, and urban migration in New York City and Hartford, Connecticut.

The Rubenstein Library’s Archive of Documentary Arts acquired the Frank Espada Photographs and Papers Collection in 2011. The collection is open for research. The bulk of the materials are from his documentation of the Puerto Rican Diaspora and include: exhibit prints, work prints, contact sheets, negatives, oral history interviews, transcripts, and papers.

Nation on the Move was co-curated by Holly Ackerman and Fredo Rivera.