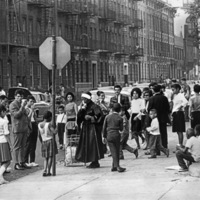 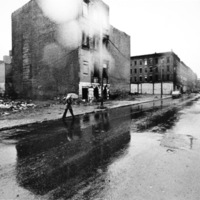 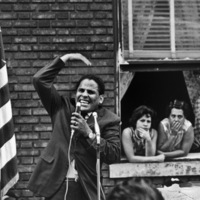 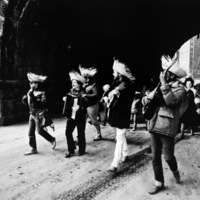 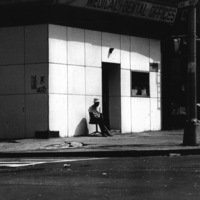 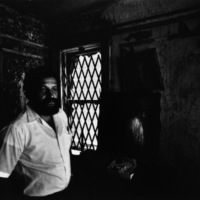 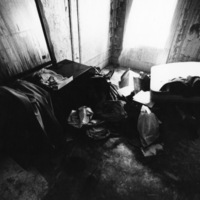 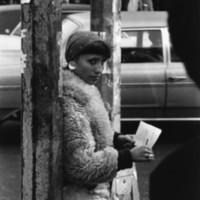 Frank Espada’s photographs of the Puerto Rican diaspora in New York City are expansive and extraordinary, and perhaps hold the greatest personal significance. Born in Utuado, Puerto Rico, Espada migrated to New York City at the age of nine in 1939. After serving in the Air Force, Espada returned to New York and attended the New York Institute of Photography. Working a variety of jobs in the city, Espada eventually became focused on social work and community activism. Well versed in the myriad of issues encountered by the Puerto Rican community in New York, his photographs provide a provocative portrayal of the city from the 1960s Civil Rights era into the urban decline of the 1970s and 1980s.

While Puerto Rican migration to New York extends back to the mid-19th century, when New York was a haven for a small group of Puerto Rican and Cuban political exiles, the first major wave of migration began at the start of World War II. Puerto Ricans gained rights to U.S. citizenship through the 1917 Jones-Shafroth Act, which also made them eligible for military draft. Major streams of migration began in the late 1930s and continued into the 1950s, altering the demographic make up of New York City.

Espada’s photographs reflect the complicated terrain of the city. His urbanscapes tell a powerful story, whether they portray an empty street with abandoned buildings, or crowds of people enlivening the street during the annual Three Kings Day Parade in January. He photographed Puerto Rican activists, working within the system to improve their economic, social, and political situation. The image of José Acuña, former Director of the Manhattan Valley Development Corporation, in an apartment destroyed by arson documents the brutal tactic used by landlords to force low-income tenants out of affordable housing by making it un-inhabitable.

New York became a significant location within Puerto Rican culture over the course of the twentieth century. Frank Espada’s photographs capture the Nuyo-Rican experience and its culture of resistance and revision as well as beauty and defiance in his home city.