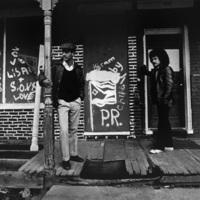 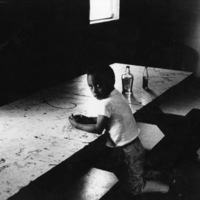 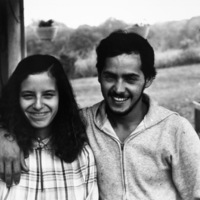 Manuel Molina is a native of Puerto Rico and a permanent worker in a mushroom farm. Hazel Molina is a self-described Hillbilly, Kennett Square, PA 1981 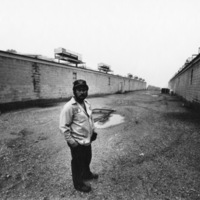 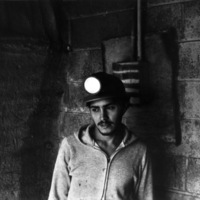 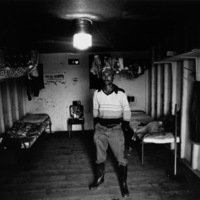 Walton, a migrant laborer and union organizer in a workers' barracks, Glassboro, NJ 1981 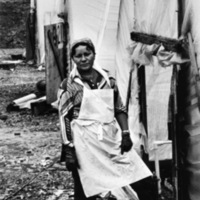 Describing Southern New Jersey and Southeastern Pennsylvania in 1876, Abraham Browning (NJ’s first Attorney General) likened the area to “an immense barrel filled with good things to eat and open at both ends with Pennsylvania grabbing from one end and the New Yorkers from the other.” A century later, when Frank Espada captured images of the working lives of Puerto Ricans in southern PA and NJ, the region was still largely rural but family farms had given way to a new model of “agribusiness” which supplied the entire nation.

The Puerto Ricans followed a historical line of migrant laborers that included Italian “weekend workers” who came down from Philadelphia in the early 20th century; itinerant Appalachian whites in the 1950s and African Americans in the 1960s. By the 1970s and 1980s, the majority was Puerto Rican – paid minimum wage and organized under a crew system centered in Glassboro, NJ that forced workers to join and be managed (often exploited) by a “chief.” The crew chief contracted with producers in New Jersey and Pennsylvania to bring docile labor to the berry fields of NJ and the mushroom huts of PA.
From 1970 to the present day, Pennsylvania has supplied 65-70% of all mushrooms consumed in the United States with yields increasing annually even as the number of farms has steadily declined. Toxic compost and closed “huts” used to grow mushrooms also incubated pulmonary disease in the workers who prepared the mushroom beds. The need for intensive hand harvesting when mushrooms ripened resulted in sixteen hour shifts often without meals, rest or overtime pay.

Espada’s photographs reveal a striking contrast between the spirit of a people and the harshness of their environment. The images are simultaneously domestic and political. They show us a smiling young couple starting their family even as their efforts to negotiate better working hours have been thwarted. They clarify the human cost of mass agricultural production by capturing the fetid look and feel of the huts. They reveal living conditions both in the rural areas and in nearby towns where laborers sought better opportunities.

Today the majority of Puerto Ricans in Pennsylvania and New Jersey live in cities and towns. They have been replaced in the rural labor camps by Mexicans who struggle with the same working conditions.