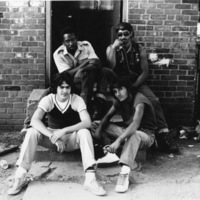 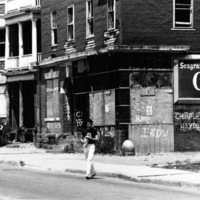 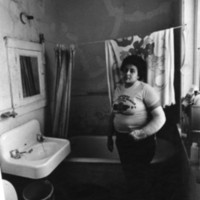 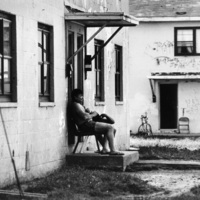 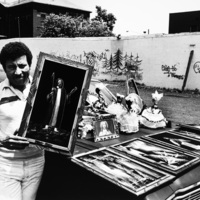 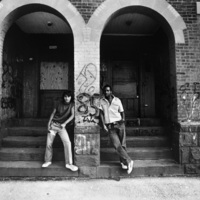 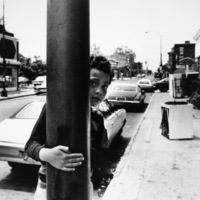 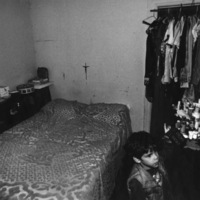 On the surface it looked like Hartford would offer opportunity. By the 1970s the strong Deputy Mayor, Nick Carbone, had allied with prominent businessmen to renew Hartford’s downtown area, creating a sleek skyline of new office towers and plenty of jobs. But, manufacturing was replaced almost exclusively by professional and technical jobs which marginalized unskilled Puerto Ricans. Worse than that, young professionals who got the jobs moved en masse to the suburbs, dedicating themselves to their careers rather than their city. Espada captures the Puerto Rican community at this moment - living in devastated pockets of the city center within sight of accelerating middle class prosperity. Just 1.5% of Hartford’s Puerto Rican community had the college education needed to move down the street to join the well-paid insurance company workforce. By 1980 when Espada took the photos seen here, Hartford had a 24% job growth rate but a 21% drop in the number of jobs held by residents of Hartford.

Throughout the 1970s and 80s the Puerto Rican community organized to claim their place in the life of the city and by 1978 won a court decree mandating bilingual education in Connecticut schools. Local leaders recruited bilingual Puerto Rican teachers who would become community leaders. Eventually Puerto Ricans gained seats on Hartford’s City Council, Board of Education and by 1988 three Puerto Ricans held seats in the state legislature.

Frank Espada presents us with socially relevant documentation of inner city living conditions from this period along with the consequences of reduced opportunity for Puerto Rican youth who sought meaning through gang membership. Espada’s work is an ardent effort to promote social justice through photographic images.