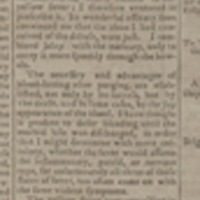 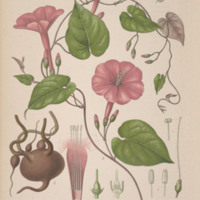 During the 1793 epidemic, Rush developed a “cure” that combined bleeding and a mercurial antidote (for purging) that became his preferred treatment for the disease for the rest of his life. On September 10, he wrote that he had “found bleeding very useful since the weather has become cool, After the bowels are well cleansed, provided the pulse be full & tense.” Rush used this treatment to treat his many patients, including “Four persons in the British minister’s family” who would “swell the triumphs of mercury, Jalap, and bloodletting.” On September 5, 1793, Rush wrote to his wife that he had found success in treating the disease with a “mercurial antidote” that acts as a cure and preventative by keeping the bowels open, not “drenching the stomach with wine, bark, and bitters.”