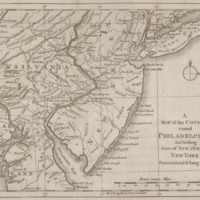 A Map of the country round Philadelphia: including part of New Jersey, 1776 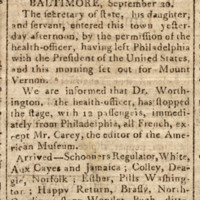 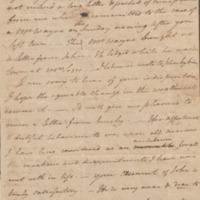 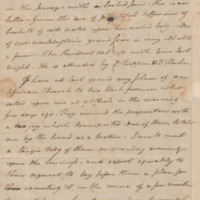 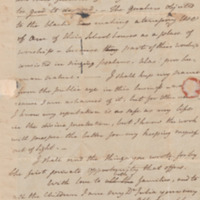 
In 1793, Philadelphia, Pennsylvania, was a bustling port city – and the capital of the United States. It was where the Declaration of Independence and the U.S. Constitution were both conceived, written, and signed. Serving as both an economic hub and the political center of the federal government, Philadelphia was one of the largest and most important cities in the country. Furthermore, it was a cosmopolitan city where people of various classes, races, and nationalities were constantly coming and going.  In August 1793, yellow fever broke out in Philadelphia. The majority of the federal government-including President Washington, his Cabinet, and members of Congress – fled, along with many of the city’s other residents who had the money and resources to do so.

Rush played a prominent role in the yellow fever epidemic of 1793 in Philadelphia, and the letters he wrote during the outbreak to his wife, Julia Stockton Rush (daughter of Richard Stockton, another signatory of the Declaration), tell a compelling story. When the fever broke out, Julia was visiting her parents in Princeton, New Jersey, about 50 miles away.

Rush wrote a letter to her every day of the epidemic, beginning the letter in the morning and finishing it at night. These letters reveal the way that yellow fever and other such epidemic diseases touched every aspect of life in early America. On top of that, the letters are deeply emotional, revealing the moral, psychological, and emotional devastation wrought by such diseases.