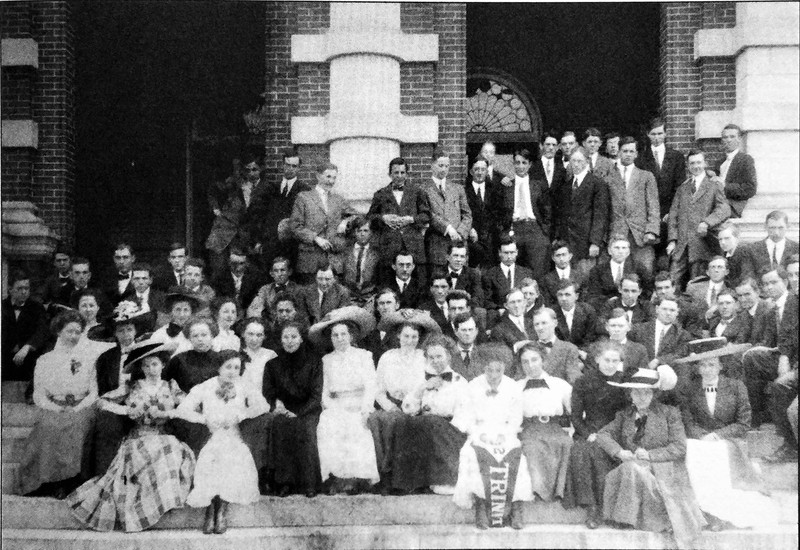 Edwin L. Jones, a Charlotte native and member of the Class of 1912, was one such student. Jones was the recipient of the Orator's Medal of the Hesperian Literary Society and mailed a copy of the Chronicle article covering the award to his parents. His father's reply expresses a universal sentiment on the value of a college education. 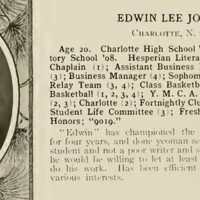 A short biography of Jones from the 1912 Chanticleer. 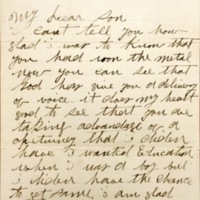 The writer's evident limited education adds to the personal importance of Edwin's graduation. 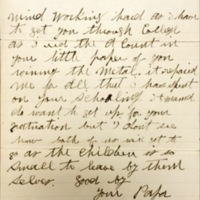 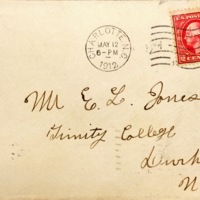 "My Dear Son, I cant tell you how glad I was to know that you had won the metal[.] now you can see that God has give you a delivery of voice. it does my heart good to see that you are taking advantage of a opertunity that I diden have[.] I wanted Education when I was a boy. but I diden have the chance to get some. I am glad that you have made good at college[.] I have worked hard every sence I have ben a little boy. but I dont mind working hard as I have to get you through College[.] As I rid the a count in your little paper of you winning the metal, it repaid me for all that I have spent on your schooling[.] I & mama do want to get up for your gratuation but I dont see how both of us will get to go as the children is so small to leave by themselves. Good by, Your Papa."

Edwin L. Jones made the most of his opportunity to attend college. The listing of affiliations under his senior portrait in the Chanticleer reveal a graduate of many talents and unparalleled ambition which would propel him for the rest of his life. Jones' marriage to Annabel Lambeth marks the beginning of generations of Duke graduates from the Jones' family, each of whom would be remembered for their varied service and support to their alma mater.3

3. This section is largely reprinted from the article Glory Days, itself reprinted from If Gargoyles Could Talk: Sketches of Duke University by William E. King.