Who are first-generation students? 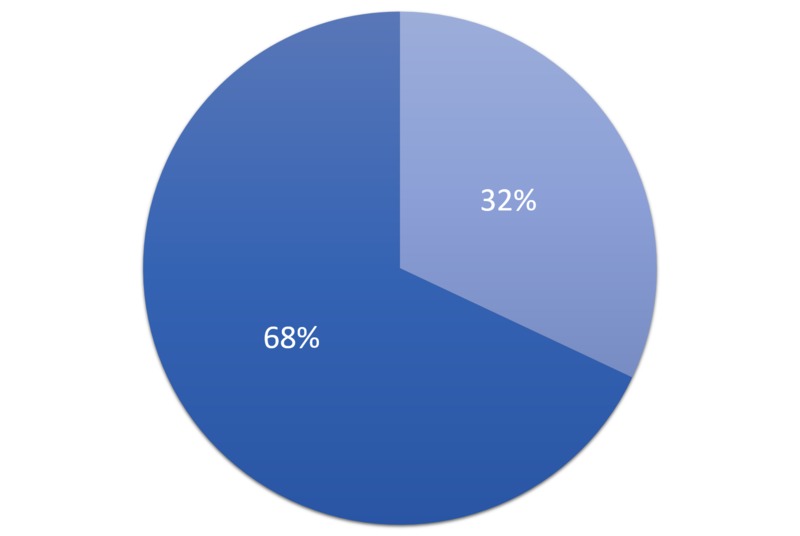 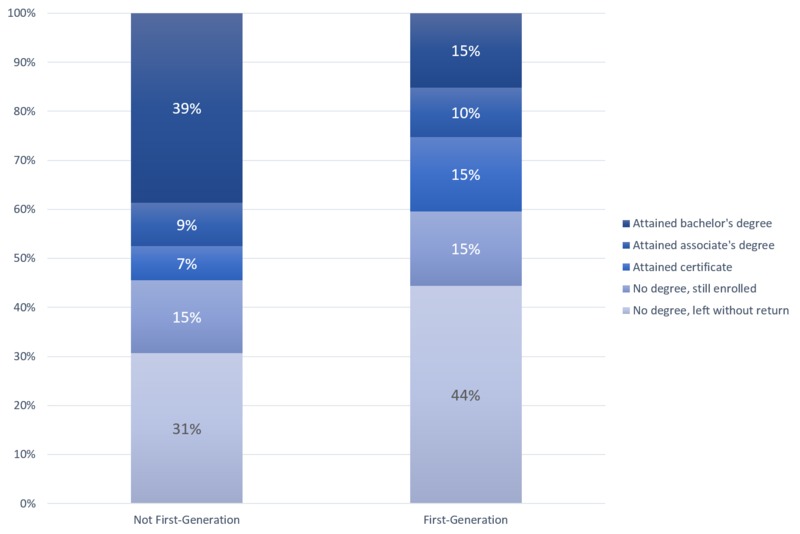 Nearly 60% of first-generation college students do not complete a degree or credential in six years.

First-generation students experience many unique struggles applying to college and after enrolling as full-time undergraduates. They tend to have limited knowledge about researching, applying to, and paying for college​, and may lack adequate support from guidance couneslors and family members who may have never applied to colleges themsevles. Some first-generation students have parents who support their plans for higher education, while others are under family pressure to enter the workforce right after high school. Often, these students don't know what their options are regarding higher education, and because many first-generation students are dependent on financial aid, they are less likely to enroll in four-year institutions due to perceptions of high cost of attendance and/or inadequate financial support. Those that do enroll often feel out-of-place on college campuses and may struggle to adjust to campus life. Shame, guilt and inadequacy are just a few feelings that first-generation college students commonly struggle with, and they are less likely to ask for help than students with at least one degree-earning parent.3 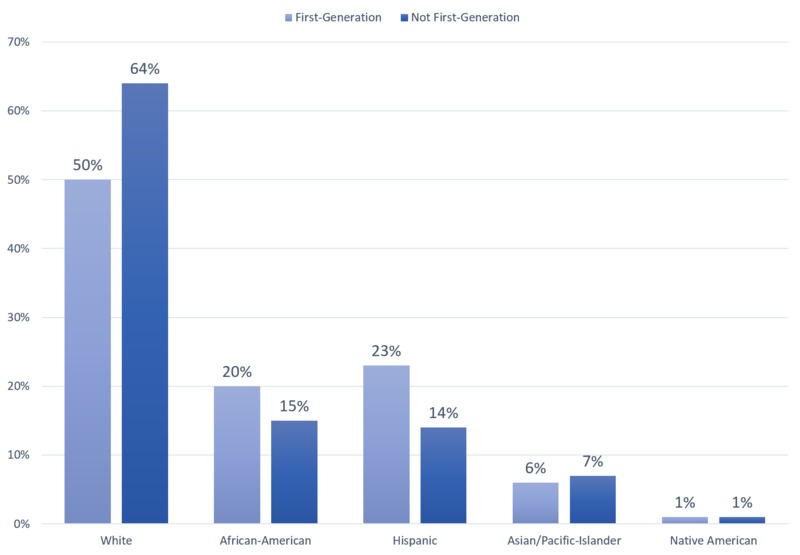 The push towards diversity in American higher education in the latter half of the 20th century played a major role in spreading awareness of the unique social, psychological, and economic challenges faced by first-generation undergraduate students. Institutions saw a need for greater racial diversity and began instituting affirmative action programs to meet this goal. The push for racial diversity brought into question the issue of class differences, and universities noticed that there was not much socioeconomic diversity in its undergraduate population. Students whose parents had not earned a bachelor's degree were more likely to come from lower-income backgrounds, and schools began to recruit those students as a result. However, attrition rates revealed that first-generation students were not succeeding at four-year institutions at the same rate as non-first-generation students.