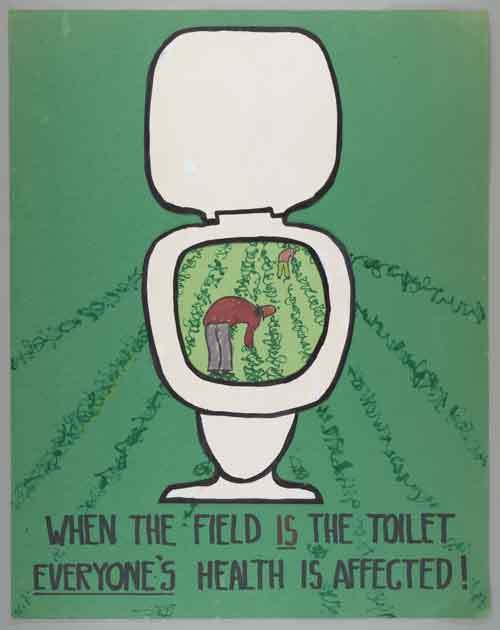 “One day, all farmworkers will have dignity in their work and livelihood. People United Will Never Be Defeated!”
—Student Action with Farmworkers

Beyond providing direct support for farmworkers, SAF has worked to bring together students, community members, and farmworkers in the Southeast to work for justice in the agricultural system. SAF collaborates with diverse coalitions to call for policy changes and to affect public opinion. The physical exhibit contains items from the SAF archive from past campaigns, including the Mount Olive Pickle Campaign and the Fair Food Campaigns, as well as current materials from:  Access to Education, Harvest of Dignity, and RJ Reynolds.

The Access to Education campaign aims to raise awareness and rally support for improved educational opportunities for Latino and immigrant students working through the Adelante Education Coalition collaborating with schools, community colleges, and universities in North Carolina.

The Harvest of Dignity campaign, organized by the Farmworker Advocacy Network (FAN), is a call for safer places to live, safer places to work, and better enforcement of the law. The name takes its cue from Edward R. Murrow’s infamous and groundbreaking CBS report, Harvest of Shame, and is a reminder that farmworker conditions remain deplorable, even after 50 years.

The RJ Reynolds campaign is an effort to prompt the company, one of the largest tobacco corporations in the world with annual profits of over $2 billion, to address the issues in their supply chain, chiefly for its exploited and voiceless workforce that the company relies on for its raw products.

In March, 2002, the Duke community joined SAF and the Farm Labor Organizing Committee (FLOC) in the boycott of Mt. Olive pickles, which started in 1999 in response to the company’s refusal to enter into union negotiations. The movement was sparked when FLOC discovered the appalling working conditions of cucumber pickers, a sidestepping of nearly all legal standards based on the migrant status of many workers. Problems included below minimum hourly wage, no overtime compensation, miserable living conditions, dangerous working conditions, and no access to health care or education.

In this particular campaign, Duke became a key player and its support of the boycott was symbolically significant. It was the first non-religious group to support the boycott and the first corporate customer to withdraw its business. Despite the alleged ‘sell out’ shortly after, Duke was deeply involved in the controversy and attempted to address the problems faced by migrant workers.

After five years of pickets and protests, the boycott officially ended in September, 2004, with Mt. Olive agreeing to raise the price it pays for farm products by 2.25 percent and providing a 3 percent supplement incentive for farms that offer workers’ compensation to laborers. The victory was significant in that it was the first time in the United States that guest workers had successfully unionized. 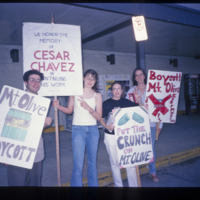 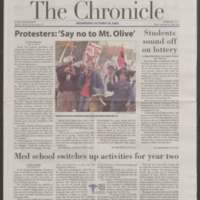 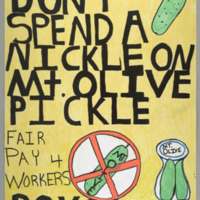 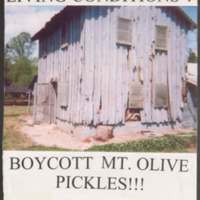 The Campaign for Fair Food

The Campaign for Fair Food was the first-ever farmworker boycott of a major fast food company led by the Coalition of Immokalee Workers (CIW) and supported by SAF. The nationwide campaign, which began with Taco Bell, called on major corporate buyers to take responsibility for human rights abuses in the fields, resulting from the leverage of their buying power to demand the lowest possible prices from their suppliers.

Following a four-year campaign, in March, 2005, Taco Bell agreed to meet all of the campaign’s demands, including increasing farm labor wages, establishing an enforceable Code of Conduct for agricultural suppliers, and a 100 percent transparency for its tomato purchases. Part of this entailed an industry-wide net penny per pound surcharge in order to increase wages for all tomato harvesters in Florida. It was a small price to pay for companies that would lead to a big increase in income for farmworkers.

In subsequent years, the campaign succeeded in reaching an agreement with McDonalds, Burger King, and Subway, while in April, 2009, Bon Appétit Management Co., the primary food contractor at Duke, became the first foodservice company to step up to the plate. Most recently in February this year, Trader Joe’s became the tenth corporation to join. 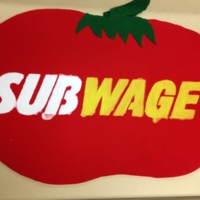 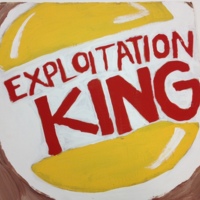 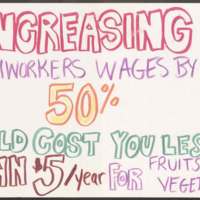 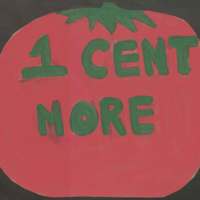 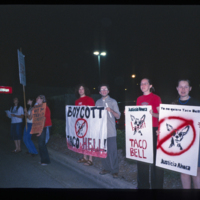