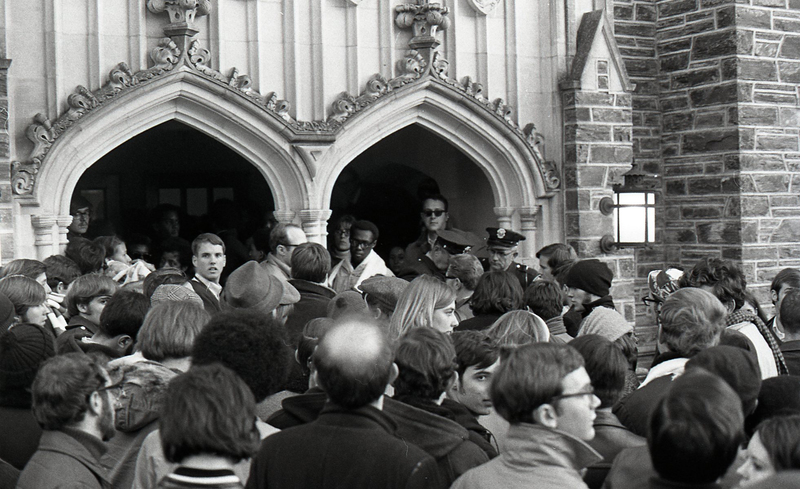 Members of the Afro-American Society leaving the Allen Building.

The evening of February 13th was the turning point that transformed this non-violent demonstration into a turbulent episode. President Knight's call to the police that afternoon led to the convening of over 100 law enforcement officials in the Duke Gardens.

Warned by an outside adviser that the police would soon be entering the Allen building, the black student occupiers left around 5:15 PM. Fifteen minutes later, the police entered through the rear of Allen. Discovering the building empty, the police exited through the front to find a crowd of approximately one thousand in the main quad.

The officers were met with a range of reactions from the predominantly white crowd, from jeering to applause. After one protester allegedly threw a rock at an officer's helmet, the police began tear-gassing the crowd. For the next hour and a half, chaos ensued. Around 7:30 PM, the police retreated into Allen and left campus through the back door. This section includes photographs and video from that turbulent evening, as well as eyewitness quotations and an injury report. 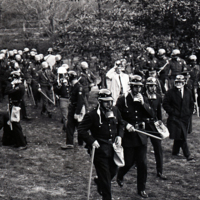 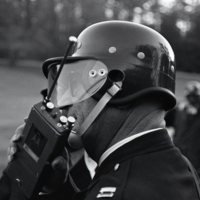 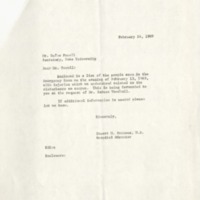 The clash between the police and the protestors caused approximately 25 people to be treated in the Duke Hospital Emergency Room. Of the injured, two were law enforcement officials and the rest were students. Here is the list of the injuries. 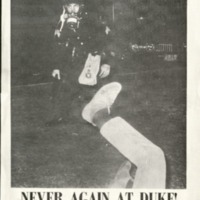 A law enforcement official stands menancingly over a fallen protester. This image was captioned "Never Again at Duke" by an unknown source- a captions that reminds the Duke community, even to this day, to be vigilant against police brutality. 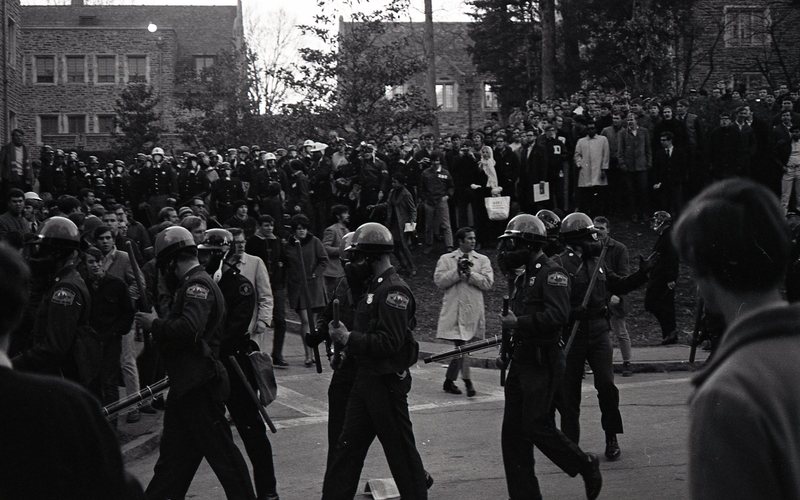 "It started simple enough. The black students had taken Allen Building –they had taken the only recourse left to challenge the unyielding power of the administration and trustees at Duke. 'Business as usual' had to be interrupted." 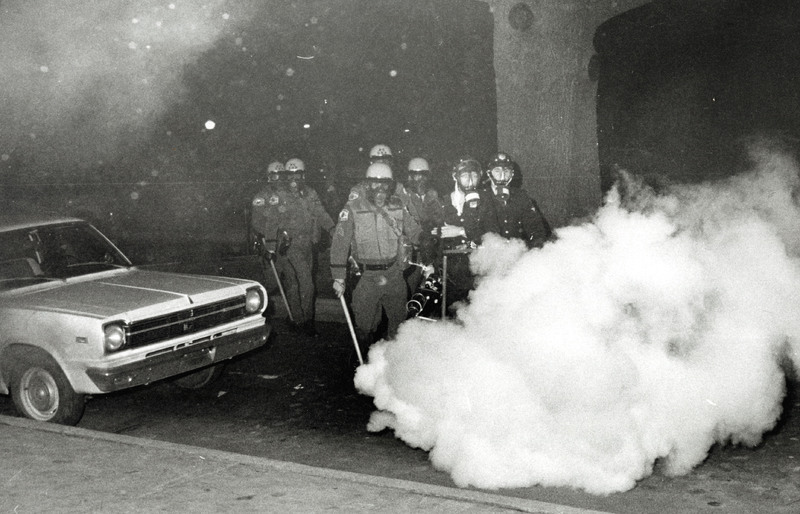 " … I, who was not more than ten feet from the police, did not see a single object hit the policemen. Very soon after the second girl joined the first, however, I heard a loud bang and gas began to permeate the immediate area. Students flew across the quad and police chased them towards Canterbury. One policeman tripped a student with his club and then struck him after he had fallen. The taunts started again, and police threw tear gas cannisters and marched all over the quad, into the Chapel and Divinity School,shooting gas from a gun and throwing cannisters, many of which were thrown back in indignation. 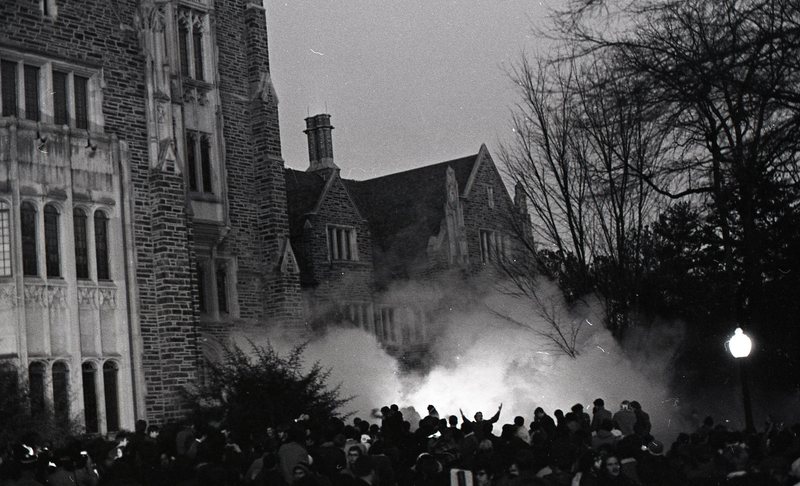 ← Outside the Takeover
Aftermath →
Police & Protest