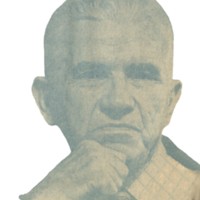 The early work of The Parapsychology Laboratory began at Duke in 1930 after Dr. William McDougall invited Drs. J.B. and Louisa Rhine to Durham. At this time, on the coattails of Mesmerism and a public interest in mediumship and other strange phenomena, the Rhines and their colleagues became interested in examining the paranormal through a scientific lens. Thus, parapsychology was born.

In the thirty-five years of experimental research that the Parapsychology Laboratory conducted at Duke, many topics we associate with the paranormal were investigated, including extrasensory perception (ESP), telepathy, clairvoyance, pre-cognition, and psychokinesis. J. B. Rhine himself was primarily concerned with ESP and many tests of ability were developed by Parapsychology Laboratory researchers and their colleagues, including the famous Zener card test. At its most basic, this test involved a researcher and a participant sitting opposite each other with an opaque barrier between them. The researcher would then hold up a card behind the barrier and the participant would attempt to sense the image on the card sight unseen.

This and other tests quickly caught public attention. About half of the boxes in the Parapsychology Laboratory Records collection are full of correspondence from people around the world who wrote in seeking answers for paranormal phenomena they experienced. Among these are letters from influential people of the time like Timothy Leary, Aldous Huxley, Carl Jung, Harry Houdini, and Upton Sinclair. Some of these, including a particularly mysterious story involving Jung and an exploding knife, can be found in the accompanying digital exhibit.

The Parapsychology Laboratory is no longer at Duke. After J. B. Rhine retired from Duke in 1965, the research laboratory, renamed the Institute of Parapsychology, was moved to the independently funded Foundation for Research on the Nature of Man. In 2002, the lab moved to a new building called the Rhine Research Center, which operates as a nonprofit in Durham to this day.

The physical exhibit includes items from the Parapsychology Laboratory Records, 1893-1984, University Archives photograph collection, 1861-ongoing, as well as generous contributions from the staff at the Rhine Research Center, especially Barbara Ensrud, Sally Rhine Feather, and John Kruth. This exhibit would not have come together without their support and wealth of knowledge about the history of the Laboratory.

This exhibit was curated by Steph Crowell, Josiah Charles Trent Intern for the History of Medicine Collections at the David M. Rubenstein Rare Book and Manuscript Library at Duke University.

The Rhines →
About the Exhibit