Testing at the Laboratory 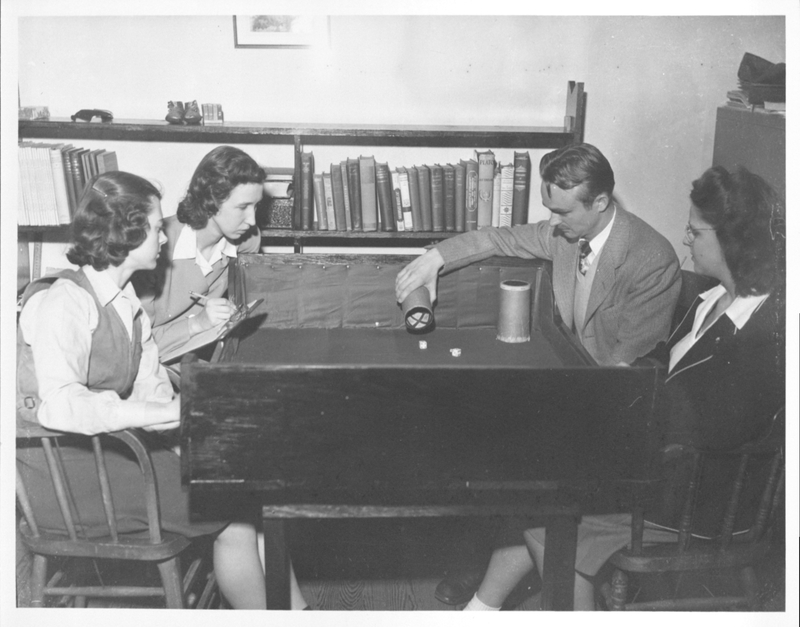 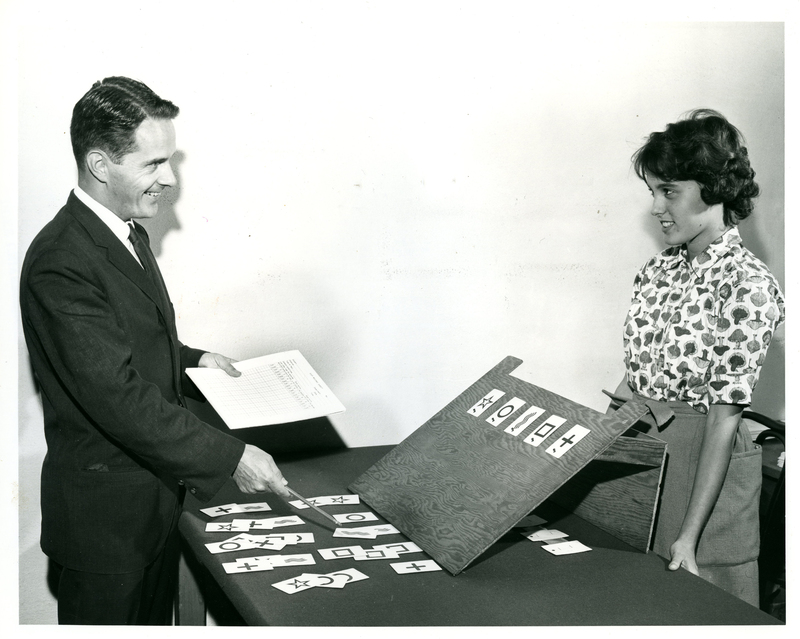 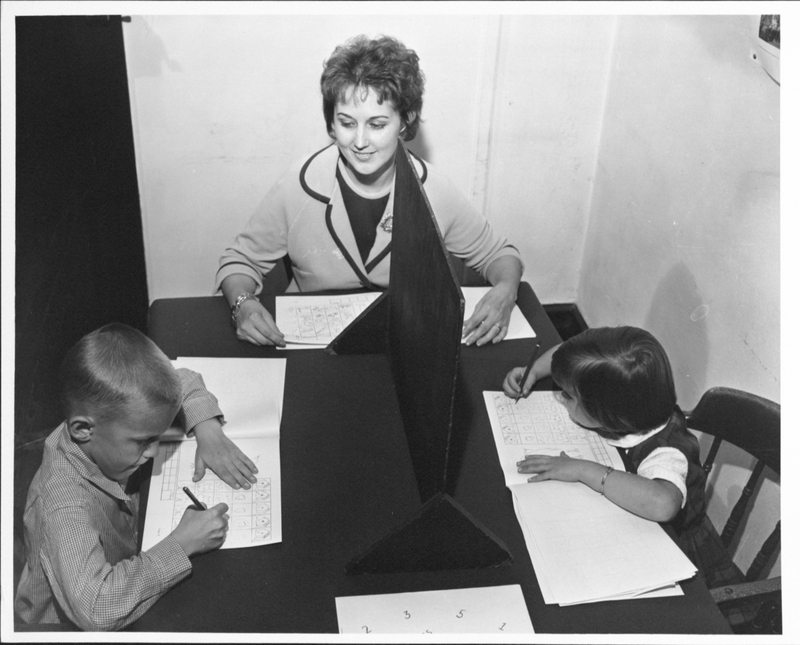 This page shows a small survey of the kinds of testing done at the laboratory. Testing isn't as easy as it might seem, however. What is the probability that someone can guess the outcome of a dice roll? Or what's printed on a card? What kinds of environmental or previous knowledge can a participant bring in that would influence the results of testing? What effect does mood have on a participant's results?

To navigate these difficulties, researchers developed questionnaires about participant moods and attitudes before testing, and also attempted to build in as many fail safes as possible into the method.

In many photographs of tests, for example, you will see a black screen separating researchers and participants. Some other times, physical distancing is used, as shown in the first image on this page. Other times there would be multiple researchers with a subject. All researchers kept meticulous notes on all facets of testing and these notes remark on a participant's level of skepticism, mood, fatigue, information on ambient noise in the room, and more. 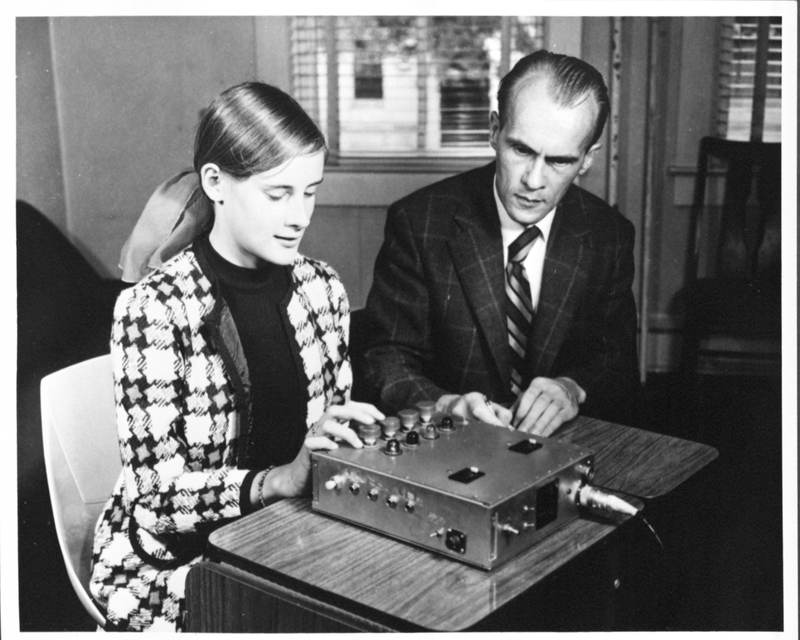 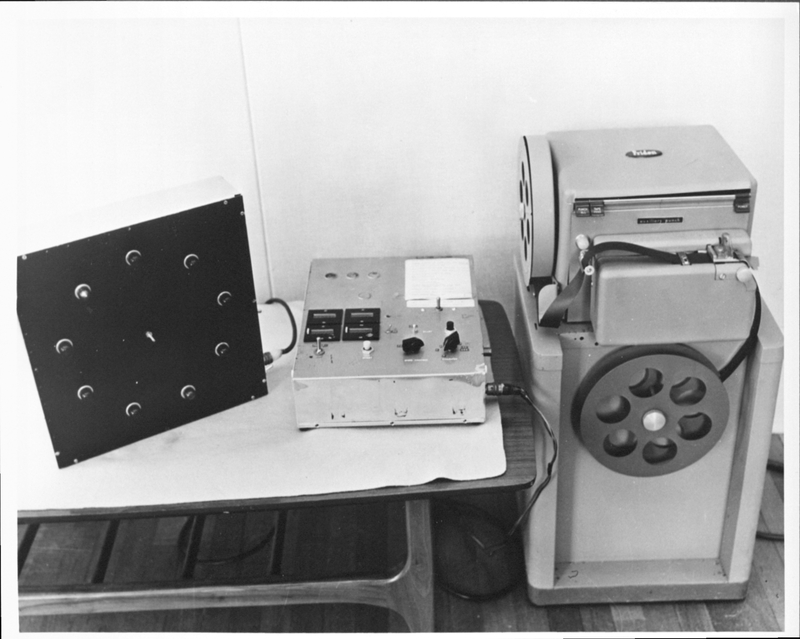 Still other tests experimented with technology as a way to eliminate human error. Given its place at Duke, the laboratory had access to engineering and physics faculty and researchers who helped develop a variety of machines to facilitate testing.

A human may accidentally give some indication of which card is being held up next, for example, but a machine probably won't. With a machine like the one shown, the participant would attempt to intuit the next color of light that would be generated- just like they would with Zener cards except without the possibility of human error. The use of increasingly sophisticated machines in testing continues at the Rhine Research Center today. 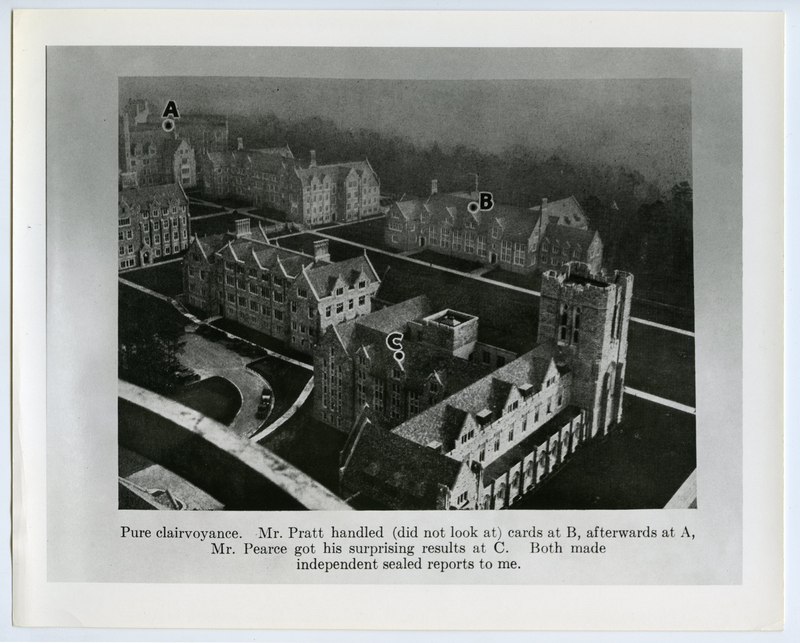 This image shows a clairvoyance test spanning Duke's campus. The caption reads, "Pure clairvoyance. Mr. Pratt handled (did not look at) cards at B, afterwards at A, Mr. Pearce got his surprising results at C. Both made independent sealed reports to me."

One challenge of working with the materials in the collection can be pairing images like this one which describe a method with their reported results. But, alone, they can pave the way for anyone to attempt these experiments themselves. If you give it a try and have some time to dig through the collection, perhaps you can compare your own results with the results of the researchers.