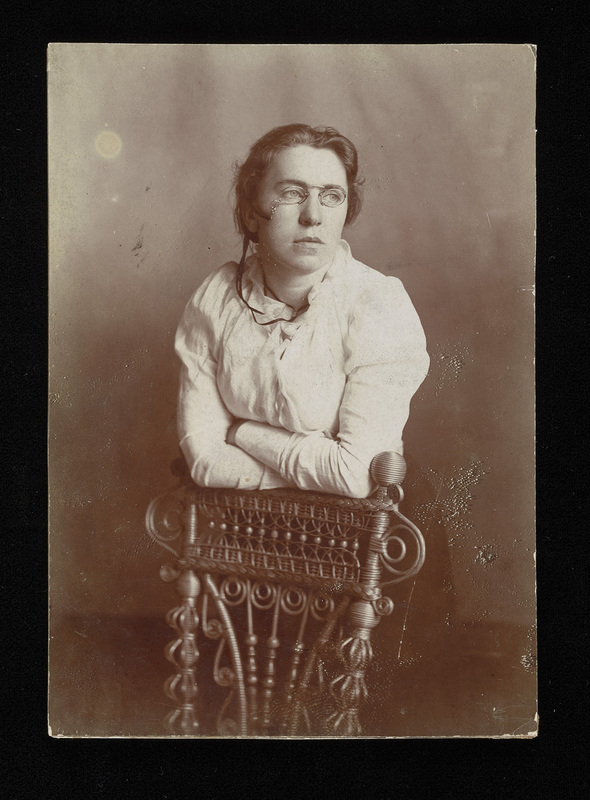 Emma Goldman, born in 1869 in modern-day Lithuania, abandoned her life in the Russian Empire as a rebellion against gender based prejudice, an abusive household, and an impending arranged marriage. She moved to the United States, where she became an outspoken writer and speaker in support of anarchism, and in 1906 she founded the anarchist journal Mother Earth. She had a close relationship to fellow anarchist Alexander Berkman; the two were caught for an assassination attempt on Henry Clay Frick and urging people to dodge the draft.  The Emma Goldman papers feature over 300 letters, primarily written by Emma Goldman, although other anarchists, activists, and thinkers are represented as authors, including Alexander Berkman, Eugene Debs, Harry Kelly, Alexander Shapiro, and the Socialist Party of New England. Many of the letter recipients are unnamed (as "Comrade"), but the majority of the letters were directed to Thomas H. Keell, an English compositor and editor for the anarchist periodical Freedom, in London. Goldman was eventually exiled from the United States and returned home to Russia, where she initially praised the People’s Revolution but quickly became displeased with the rise of the new regime. She began to travel the world, disseminating her ideas—she traveled to Spain in support of the Civil War, and eventually she returned to the United States.  Letter topics most often center around requests made of Keell in support of various writing projects as well as speaking engagements and organizing work completed in Europe, the United States, and Canada, but also touch on visa constraints for Goldman and Berkman, the state of the anarchist movement in various countries, the lack of support for anarchist publications, as well as general position statements, especially in regard to Soviet Russia and the Spanish Civil War. Alongside Emma Goldman’s personal correspondence, the collection contains other documents written by prominent anarchists of the time. The Emma Goldman Papers provide historical context and detail, create a more full narrative of anarchism in the early 20th century, and offer personal insight into her life