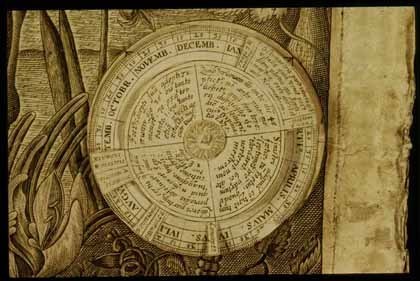 The Four Seasons of Humanity

What characterizes an image on paper is its two-dimensionality. This limitation is easily overcome by superimposing two or more sheets, such as volvelles, which are made of disks rotating on an anchor, or flaps, which can be easily lifted from a paper’s surface. Volvelles have been employed since the late Middle Ages, especially in astronomical texts.  While flaps have almost exclusively been used in anatomical works, the volvelle shown here is from a seventeenth century set of fugitive sheets, The Four Seasons. Part of the History of Medicine Collections, The Four Seasons includes anatomical flaps and multiple volvelles. View The Four Seasons online here. 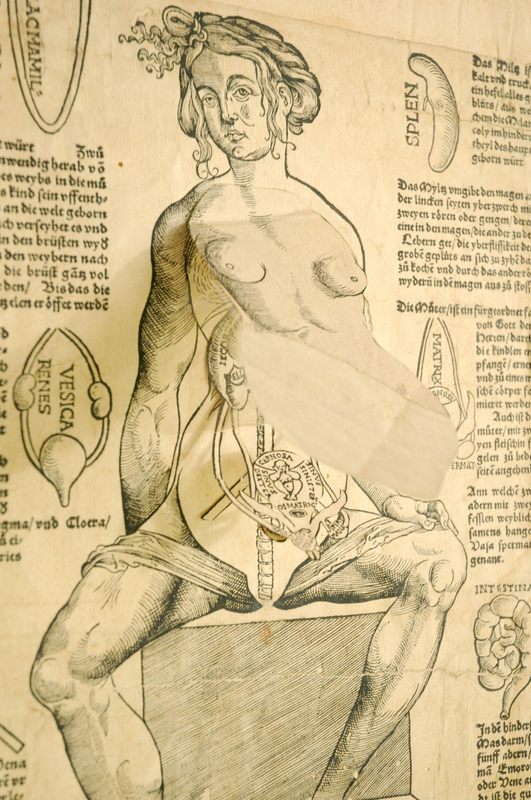 In his book Paper Bodies, Andrea Carlino catalogs some of the oldest models of flap books dating from the 1530s.  He refers to these publications as "fugitive sheets" as they are made of loose sheets not bound in a book. The History of Medicine Collection holds seven of the so called "fugitive sheets" from the sixteenth century. Although the fugitive sheets that still remain are in a range of physical conditions, most of these works show multiple layers of the internal organs and have very small parts that have survived for almost five centuries.  Images of many fugitive sheets can be found on various websites listed on our links page. Examining the variations of similar prints created by different publishing houses highlights the printing and production techniques used at that time. 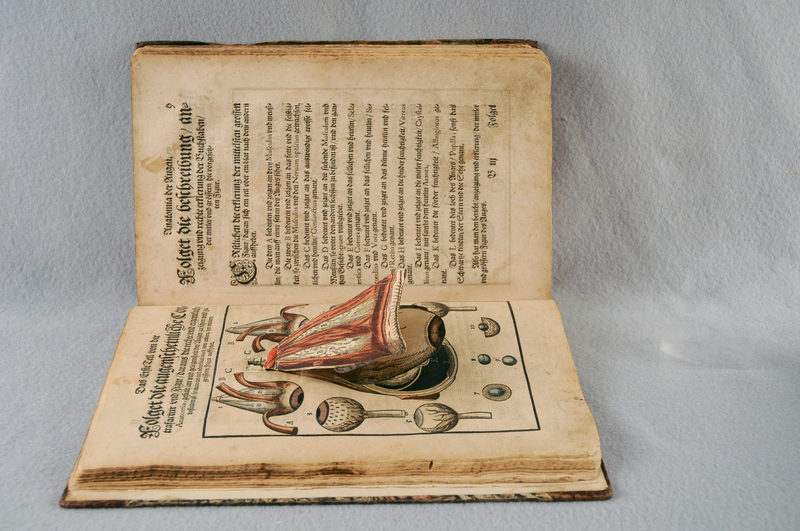 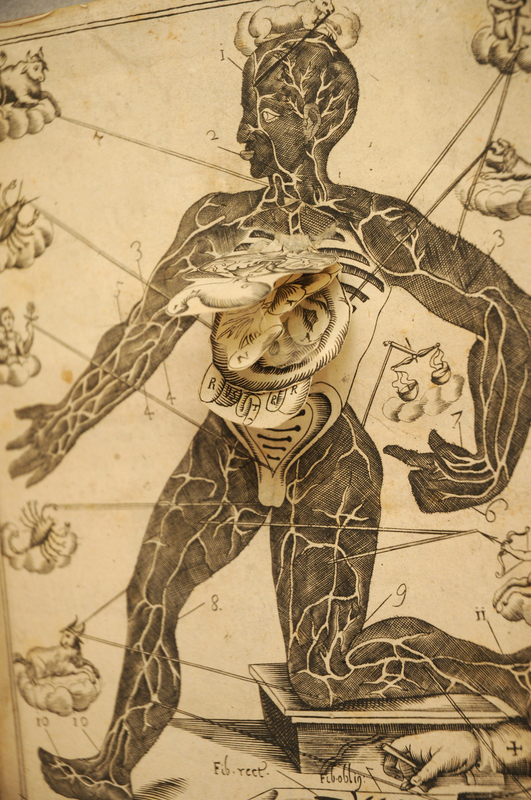 This image depicts flap anatomy from Francesco Minniti's, Armonia astro-medico-anotomica; Venetia, 1690. Unlike loose fugitive sheets, this image is bound in a book, but closely resembles two earlier fugitive sheets listed by Carlino in Paper Bodies.  This image represents the practice of re-using and re-issuing ("borrowing") images from one printer to another, and from one country to another throughout Europe. While fugitive sheets are rare, they nonetheless have complicated publishing and printing histories and vary in size, quality, and language. By the time Christoph von Hellwig's Nosce te ipsum, vel, Anatomicum vivum... appears in 1720, repeatedly used images show a great deal of "wear and tear" in the end product.