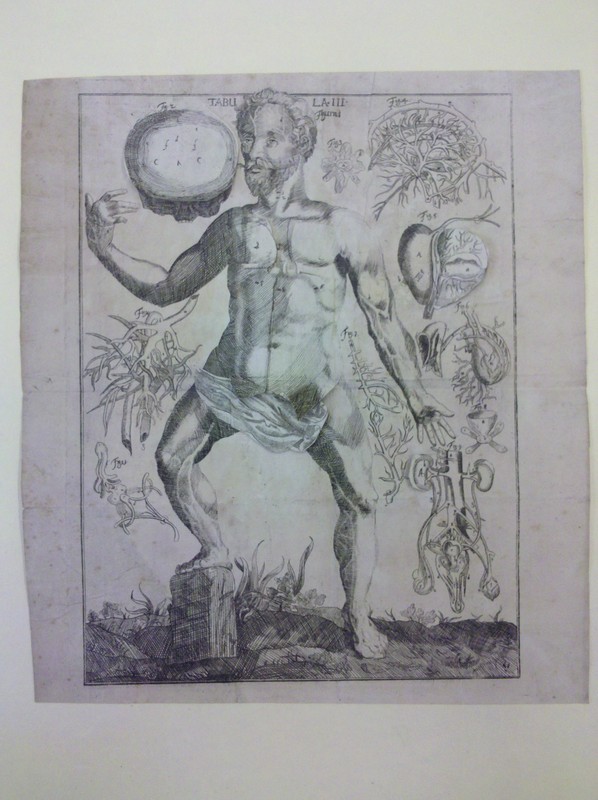 A Note on the Kidney in Flap Books

by Michael McVaugh, Department of History, University of North Carolina at Chapel Hill

Flap-books were still being used as late as the early eighteenth century as one approach to communicating the internal anatomy of organs such as the kidneys.  In Hellwig’s Anatomici vivi (1720) the urogenital system has been drawn in isolation (at lower right), and one of the kidneys there has been given a flap that can be opened to show what appear to be the medullary pyramids (although they are not discussed in the accompanying text); the brain and liver can also be opened by flaps to reveal their contents.Yet at the same time, by turning back flaps in the center of the standing figure, the kidney can also be seen whole, in its context within the body. In nineteenth-century flap-books the latter practice was preferred (as in the books of Witkowski and Platen), and the interior of the kidneys, like that of other organs, was often closed to their readers, perhaps as a result of the growing specialization of anatomical research and the marketing of medical flap-books to a lay public more interested in a generalized anatomy and physiology than with the internal structure of individual organs. 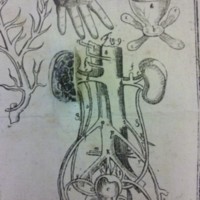 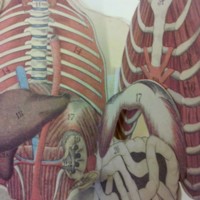 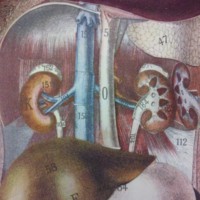