The Golden Age of Flap Books

The "golden age" of virtual autopsies was the nineteenth century, when developments in the production of printed images allowed anatomical parts to be displayed in vivid, dramatic colors. Anatomists such as Edward W. Tuson, Georg Spratt, Achille J. Comte, Gustave J. A. Witkowski, and Éduard Cuyer kept all production procedures manual, even though printing techniques had greatly improved in the intervening centuries. Their animated anatomies attracted a heterogeneous reading public made up of medical students, doctors, and graphic artists, as well as a more general audience curious about the complexities of human anatomy.  Between the end of the nineteenth century and the beginning of the twentieth, numerous doctors made widespread use of movable anatomical images, especially those who preached the body’s capacity to heal itself through homeopathic medicine, hygienism and a macrobiotic diet, such as Friedrich E. Bilz, John Harvey Kellogg, Moritz Platen, and the women doctors Anna Fischer and Jenny Springer. Fully aware of the interest and educational potential of such illustrations, these practitioners used a basic knowledge of anatomy to spread far and wide their holistic beliefs. 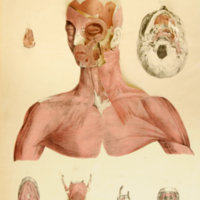 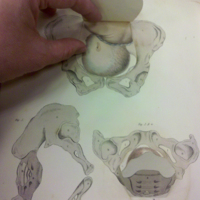 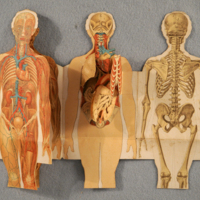