On Women (and Babies) 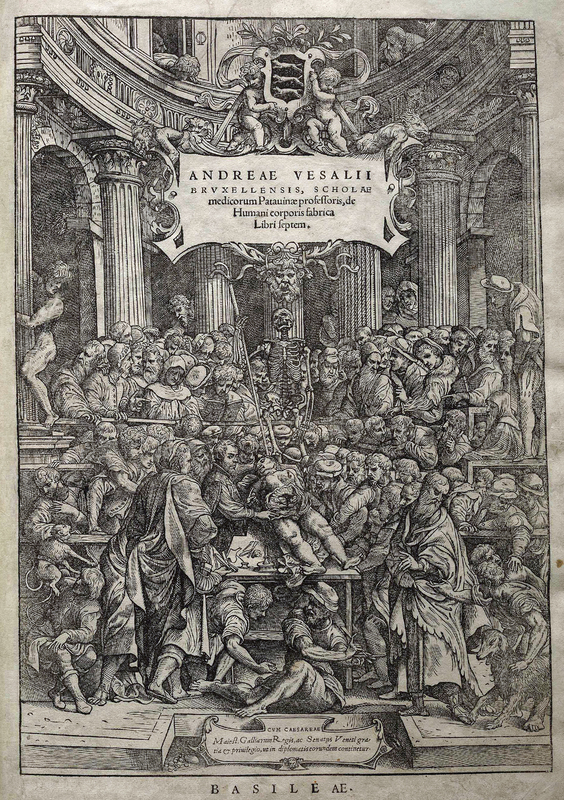 As suggested by the cover of the first fully illustrated and most successful anatomical book of the Renaissance, Andreas Vesalius’s De humani corporis fabrica, human dissection was focused from the very beginning on prying open the secret of women. Vesalius’s finger points to the (empty) uterus of a prostitute he has just dissected. (She had claimed to be pregnant to avoid being hanged.) The image not only suggests the medicalization of pregnancy and the authority of university-educated anatomists over midwives, but it also sanctions anatomists’ thorough fascination with the uterus. 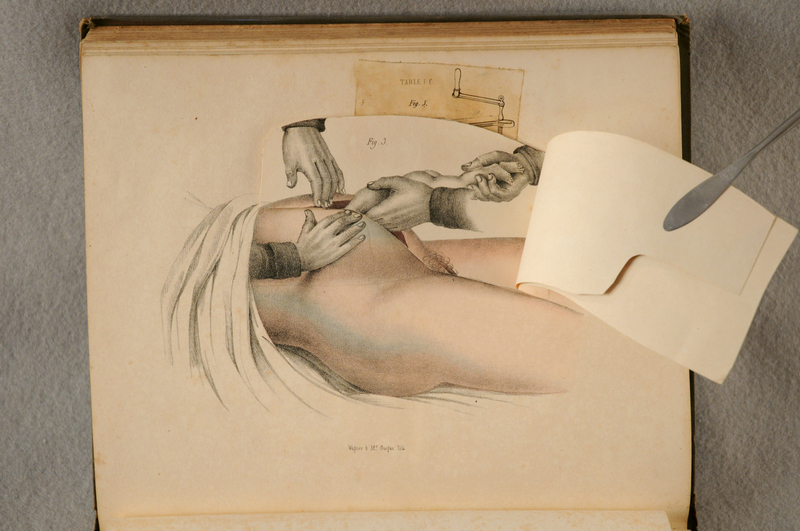 The image shown here is from the 1847 American version of George Spratt's Obstetric tables. This book shows very detailed and graphic diagrams of woman's genitals, as well as multiple birthing abnormalities, including flaps that show how to use forceps, rotate a breach baby, and as illustrated here, how to perform a cesarean-section.

Hardly any anatomical flap book illustration of the female figure exists that is not exclusively concentrated on her sexual parts. As the folds open up, scientifically to be sure, the viewer can be certain that a fully formed fetus will show up at the bottom, as seen in this and the images below. Compare this iconic image of a pregnant woman from the 1847 Spratt's Obstetric tables with the following two images-although some nudity is shown here, the woman is still covered with hat and cape. This entire volume has many "naked" views of women, most in the midst of child birth. 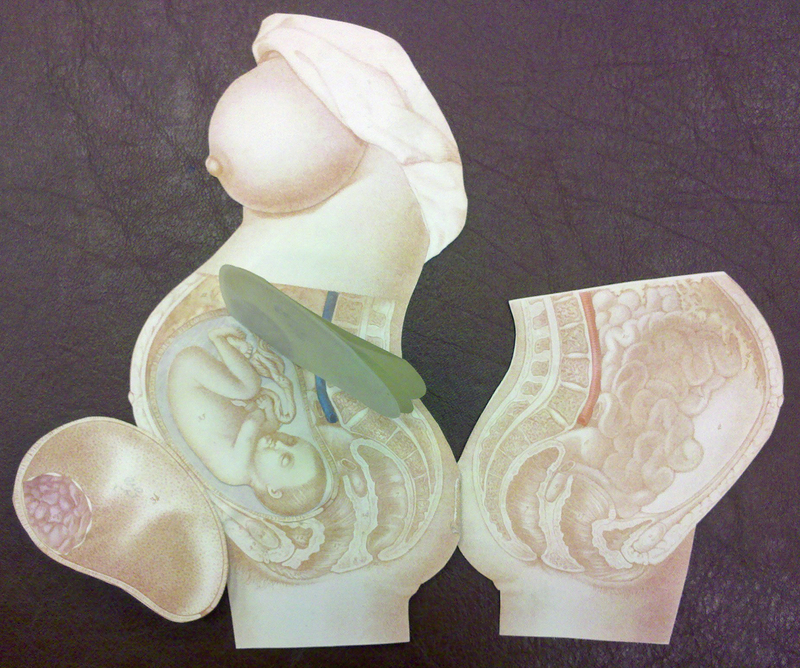 Seen here is a flap illustration from Witkowski's 1880 La generation humaine.  This volume contains two "extra" inserts, tied with ribbons into the back of the book. Both contain many layers of flaps, one is of a pregnant woman (shown here) and the other is a very detailed and colored series of flaps showing a woman's vagina in complete detail. 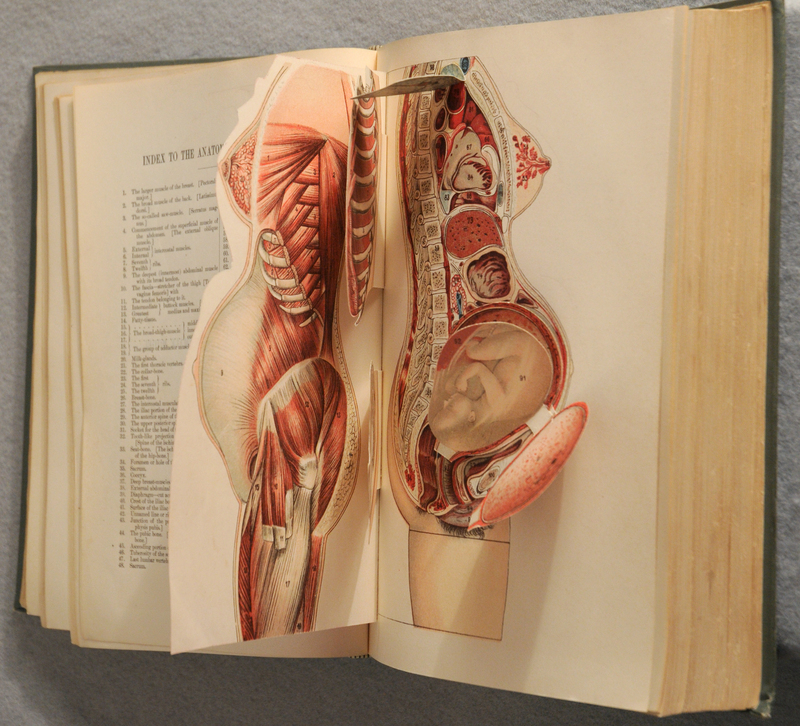 Frederick Hollick, The origin of life and process of reproduction..(inside of pregnant woman), c1902.

Frederick Hollick's 1902 The origin of life depicts a victorian pregnant woman. Although this series of images and flaps show many anatomical features, there is not a layer of "naked" skin (except on the baby.)  This is the only "flap" anatomy in this volume.  In time, women doctors also entered the field of producing books with overlay techniques. Anna Fischer,a well known alternative medical practitioner advocated the necessity for women physicians to treat women and for the practice of a healthful diet to prevent disease; a book authored by her is displayed here.