The Technology of Flap Books 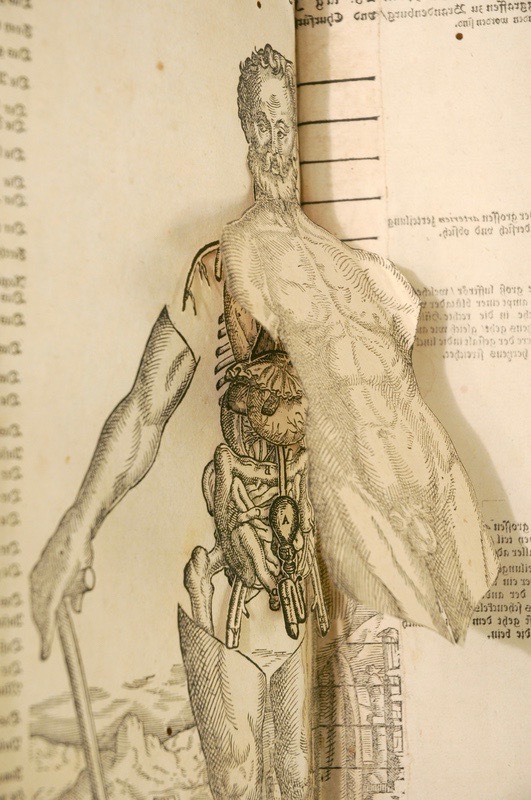 Little is known about how early flap anatomies were produced. During the hand press period (roughly 1450-1800), books were sold in sheets, then bound individually. In books with less intricate moving parts, printers would send binders instructions for cutting, gluing, and sewing the pieces. However, early flap anatomies and so-called “fugitive sheets” required closer collaboration between illustrators, printers, and binders. Leonhard Thurneisser, whose Bebaiosis agonismou (1576) is shown here, set up a private press in 1574 to produce his own books, many of which include intricate moving parts. 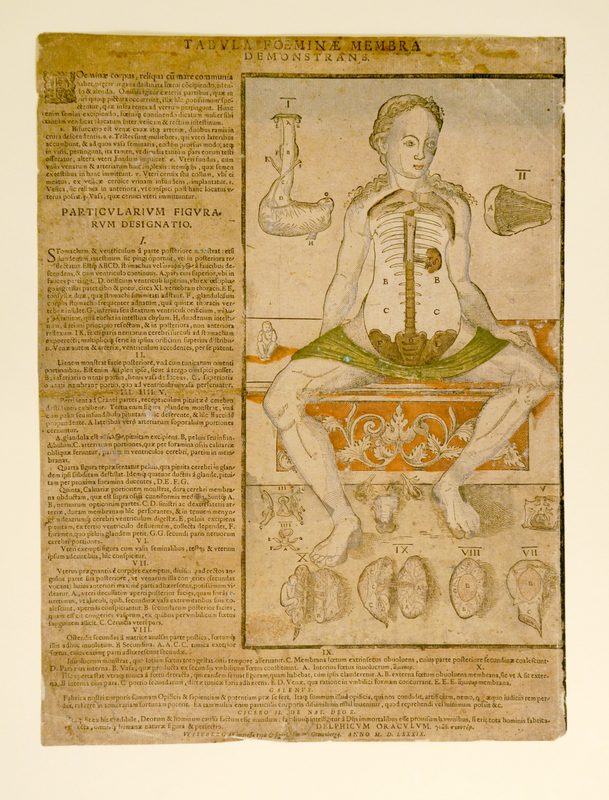 The History of Medicine Collection owns seven fugitive sheets from the 16th century catologed by Andrea Carlino in Paper Bodies. Studying so many variations of similar prints done by different publishing houses highlights the printing and production techniques used at that time. These works show incredible detail of the internal organs and have very small parts that have survived for almost five centuries.  Shown here is a "flapless" fugitive sheet (which probably once had flaps.) Along with the 7 fugutive sheets, the History of Medicine also owns The Four Seasons, a one of a kind set of early flap anatomy (View The Four Seasons online here.) Many other fugitive sheets can be found on various websites listed on the links page. 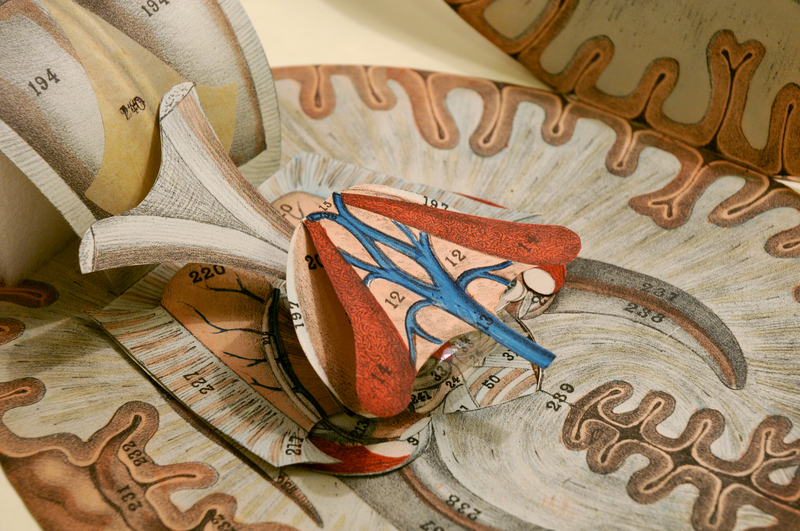 With the advent of machine printing presses in the nineteenth century, illustration processes became more accurate and efficient. Shown here is the brain from Gustave J. . Witkowski’s Human anatomy and physiology.  This image has over 200 named parts with over 20 movable parts to show multiple layers of the brain from both the top and the bottom. This technology includes both the simplistic flap of single pages folded together as well as the very complex intertwined pieces that lock together to "pop up" as the reader opens the various flaps. 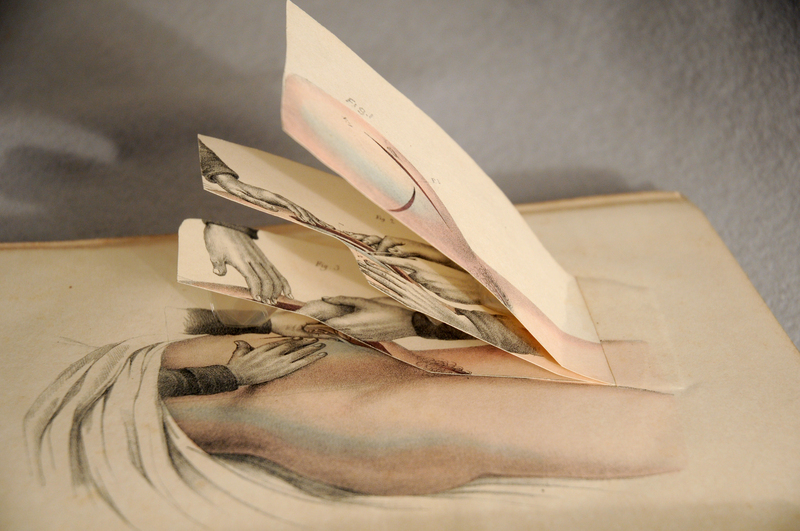 This image from Spratt's Obstetric's tables shows the simple technology of layering multiple parts on top of each other; each sheet shows a different stage of the process. In this volume the flaps work well together as the bottom sheet is actually two sheets adhered together with an area of loss taken out at the place of the flaps, designed to make room for all of the extra paper. This Spratt can be compared with the Witkowski flap anatomy which uses thin paper and the pieces are of multiple shapes and have interlocking mechanisms that act more like a "pop up" as you open the separate parts-and take up as much space as necessary. 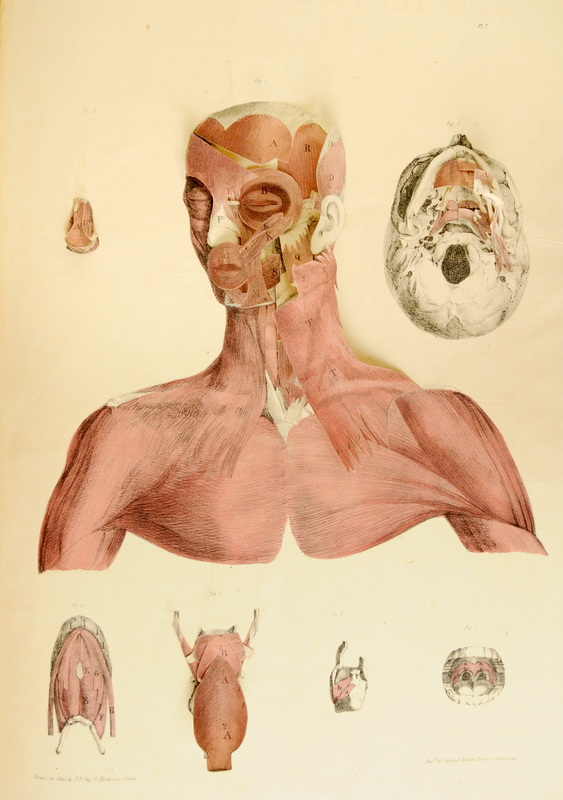 The Tuson volume is slightly different from most other flap books or pop ups. The parts are very tightly intertwined and actually difficult to open up-as if the user is feeling the pull of the muscles illustrated in the volume as they explore the many layers.  Although the pieces can be moved, and underneath images can be seen, the parts don't easily lift up like in other flap books.

← Under Lock and Key
Links →
Anatomy
The Technology of Flap Books