Under Lock and Key

In the second half of the nineteenth century, as the popular health movement challenged the medical monopoly on the proper understanding of the human body, a wider public started advocating sex education. This culminated in publishing books with precise anatomical drawings that explained the body’s mechanisms. Flap books with lock-and-key devices often opened onto graphic depictions of genital anatomy. Was the locking system a way for publishers and medical practitioners to increase book sales with sexual advice and explicit illustrations, while simultaneously protecting themselves from accusations of obscenity? Conservatives denounced the threat to social order that such colorful anatomical plates could provoke. In fact, one of the doctors whose work is featured in this exhibit, Frederick Hollick, was brought up on obscenity charges. Was the lock meant to deter boys from uncovering the secret of female sexuality? Or was it a puritanical device designed to control licentiousness and voyeurism in young women? You decide. 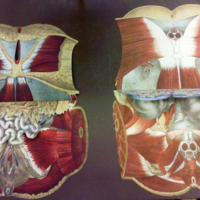 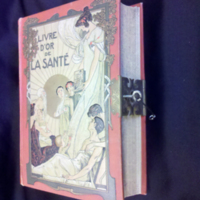 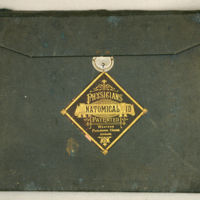