The 1950s: Fear, Censorship and the Cold War

In 1953, Frederick Wertham published his infamous book "Seduction of the Innocent," in which he claimed that comic books were evil, they contributed to the delinquency and sexual perversion of minors, and their publishers were part of the McCarthy-era communist conspiracy. 1950s America was only too willing to investigate Wertham's charges, which led to the self-imposed censorship of the comics code of 1954. EC comics, with their graphically violent covers, were particular targets of censorship efforts. After 1954, mature content and explicit covers disappeared from mainstream comics for several decades. Korean War comics also reflected the Cold War fear of communism. Romance comics, another popular genre, continued to flourish both before and after the adoption of the comics code, and present an image in keeping with the stereotypical gender roles of this decade. 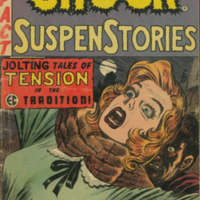 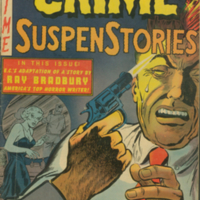 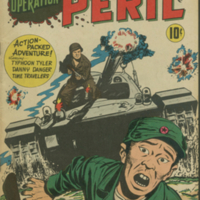 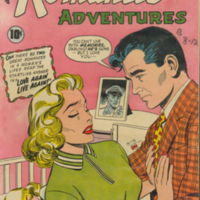 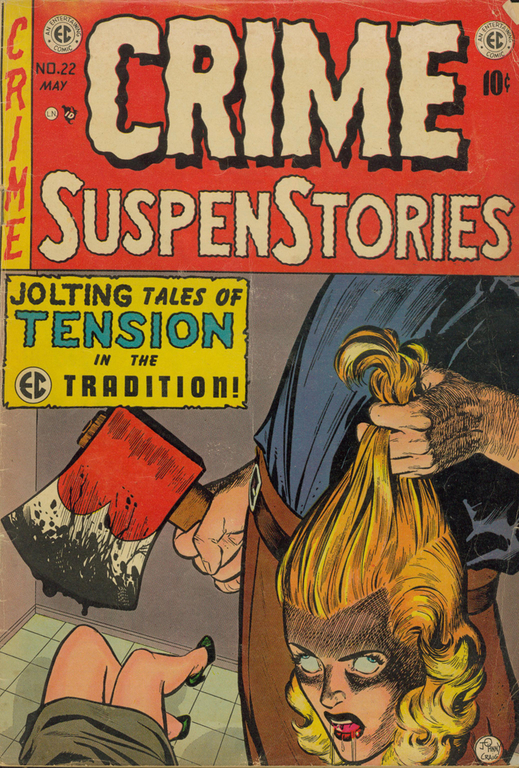 This cover achieved widespread infamy when it became the subject of a debate on horror comics and good taste between Senator Estes Kefauver and publisher William Gaines during the hearings of the Senate Subcommittee to Investigate Juvenile Delinquency.